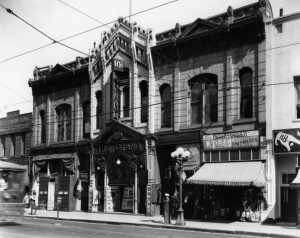 Built in 1912, this was one of the first Chicano Theatre’s to open in the United States. It was located on 373 N. Main St Los Angeles, California. It was primarily used to hold many vaudeville performances and plays up until the 1930’s. This theatre played a significant role in giving Chicano theatre people the chance to contribute and work for an official running and vibrant theatre. This building no longer exists, but still plays as an important part of Chicano theatre history.

This theatre was where the first professionally produced Chicano play Zoot Suit was premiered in 1978. It was built in 1967 and is located at 135 N Grand Ave, Los Angeles California. This play was written by Chicano pioneer playwright Luis Valdez. The initial ten day run in April of ’67 sold out in two days. Instead of stopping there, the theatre decided to add a second run that also sold out. The play became so well known and popular that after the second run, they had to move out the theatre to hold a larger audience. 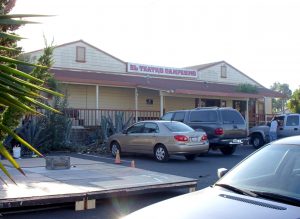 This theatre is located on 4th St, San Juan Batista, California. It was built in 1976 for the well renown theatre troupe Teatro Campesino. The theatre troupe’s original members were all farm workers founded by Luis Valdez. The theatre served as a civil rights movement community as well a theatre house for the troupe and the community. The theatre still acts as a home for the chicano community and actors today. 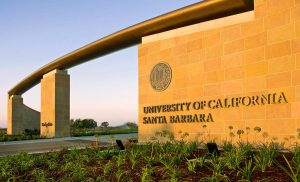 Here is where the famous theatre troupe Teatro de la Esperanza was formed in 1971. This troupe played a significant role in the Chicano civil rights movement as activists and performers in the late 1960s and 1970s. Through theatre, they were able to revive the recuperate a long history of North American theatre along with many other Chicano theatre troupes. 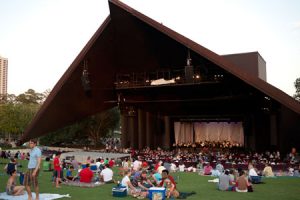 This outdoor theatre for the performing arts is located in Houston Texas. It originally opened in 1923 and was rebuilt and refurbished in 1968. This is where the annual Festival de los Teatro Chicano is held. The festival was founded in the late 1960s by the theatre troupe Teatro Campesino. The purpose of this festival was to bring Chicano theatre troupes, artists, musicians, and all entertainers to share their different art forms and to become more of a wholesome community. This festival still occurs annually till this day!