What’s to come? A New Outlook 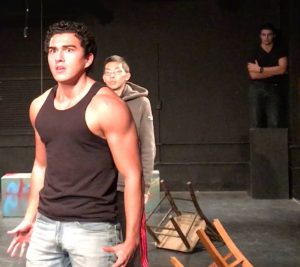 Zach is considered to be a millennial in the United States. The Chicano movement back in the 1960s and 1970s paved a path for people like him to aspire to be what ever desirable and best fit, not letting race or ethnicity get it the way.

I was fortunate enough to get the chance to speak to Zach about Chicano theatre and what it is like to be a Mexican American aspiring actor. Here is a part of the transcription of the interview to give a feel of his thoughts, what progression has happened over the years, and what advice he gives to  any other Mexican American aspiring actors and actresses. Here is the inside scoop!

What is it like to be Mexican American in the acting world?

I’ve never really tried to isolate myself as Mexican or Mexican American or whatever label I’ve been given. You know I’ve always allowed myself to try out for any role regardless of whatever the race is, Caucasian, African American, or whatever. But I definitely think that there has always been a problem when casting people of color or people of a certain race.

Me personally, I’ve haven’t experienced something like that. I’ve been told no to roles not because of the fact that I am Mexican American, but that is part of the process, being told no. 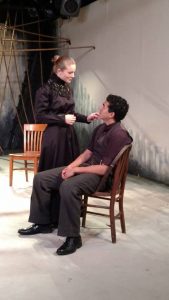 It has kind of allowed me to study myself and to study my own culture so that if I were ever to take on a role where I would be someone who is of Mexican American or just Mexican decent to the point where I would be knowledgeable enough to be able to do that role.

I just look at it as a label I don’t live by and I don’t really you know stick myself into that mold specifically, but that it is something that I could be proud of and use to find other people and similar background stories to relate to.

Do you feel like Mexican Americans or yourself get type casted?

I haven’t seen it. I know I have been asked to do a role actually while I was doing blood wedding, someone wanted me to do a short film and I couldn’t do it because of the conflict, but what they wanted me to do was be a kid on a basketball court playing basketball with his friends and like he sees a girl and starts flirting with her in Spanish a little bit. Like using some Spanish words, using Spanglish a little bit. 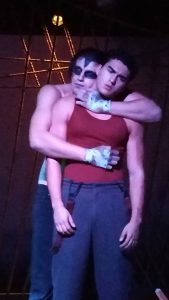 You can go one or two ways with it. You can look at it and say this isn’t fair, this isn’t right, or this is offensive or you can say this is who I am and I’m proud of it and I have a story to tell and I’m going to tell it.

Do you feel that it is harder to receive roles being of Mexican American decent?

I think…no I’m sorry I don’t think I’ve dealt with anything like that and I can’t speak for everyone because I think we all have our own experiences and journeys. I don’t want to say its harder because I really don’t think it is. If anything I think its been very useful for me. I haven’t been so experienced with acting I’m fairly new to it. I’ve experienced where they’re just looking for a look and I happen to have that look. My talent might not be there, but my look is there. 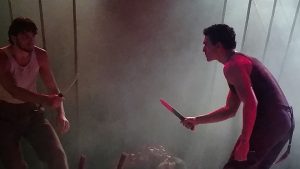 Why do you think you aren’t knowledgeable on many major Mexican American actors and actresses?

Well I think a tremendous part of what goes into casting and I mean there are so man different things that goes into it. I think the overarching principle of it all is money obviously. Its all about making money, movies are an investment. You put a lot of money into it and you want to see it returned to you.

I think you know to have a no name actor, who’s… I’m sure you can find someone, like you can find me, a Mexican American. I’ve never done a film before, but if you would to put me in a film saying starring Zach Mulatto I don’t think a lot of people would see it because a lot of people don’t know who I am.

So in terms of fixing that, you know, would it be nice to somehow give exposure to people of different races who don’t normally see that. 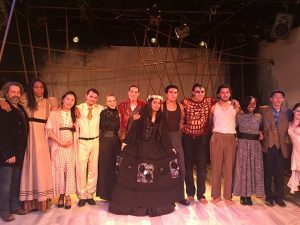 Again I think that ties in with the problem being money and then also I mean who goes out and sees theatre, you know the demographic is older Caucasian people who go out and watch theatre.