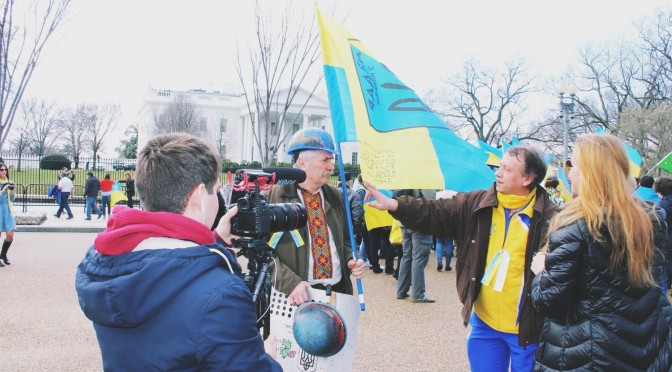 Washington D.C. – Over 500 Ukrainian American protestors rallied in the President Obama’s backyard on March 5th over the prolonged Russian aggression in Eastern Ukraine. Activist from around the country, including New York, Pennsylvania and Detroit, urged president Barack Obama to deliver the defensive lethal weapons as promised in the Freedom Support Act signed in 2014.

THE STORY OF UKRAINE THROUGH NEW YORK