As the third and final Presidential debate between Hillary Clinton and Donald Trump unfolded in Las Vegas on Oct. 19, Dollars & Sense joined the debate-watching parties of the Manhattan Young Democrats, at the Village Pourhouse, and the New York Young Republican Club, at the Katra Lounge.

These photos alternate between the Democratic and Republican watch parties, respectively, and capture the tension that was felt at both.

I kind of want to fall into a coma and wake the day after. We have a real presidential candidate and then we have a clown.–Daniel Evin Rodrigues

Hillary Clinton is everything about politics that I hate. Trump is pro-America and every American should be pro-Trump; he’s for us.–Aaron Smith, 38, business investment 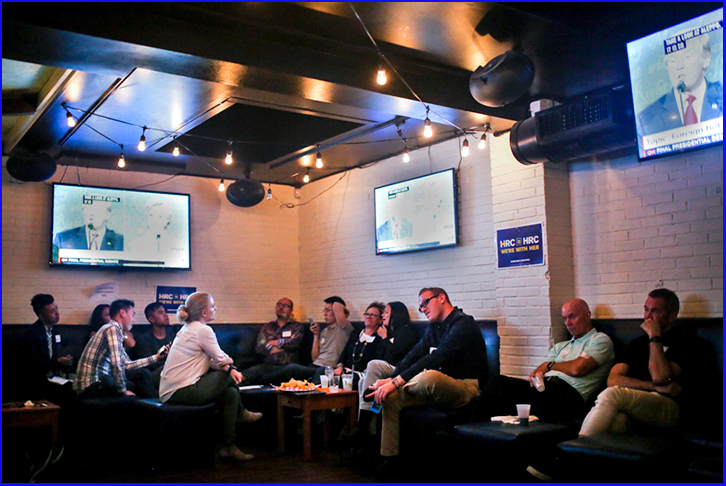 I am really proud to support Hillary. I think she stated her case tonight. I think she showed that Trump really has no plans, and no agenda, and does not know what he is talking about.–Chris Carolan, 43. 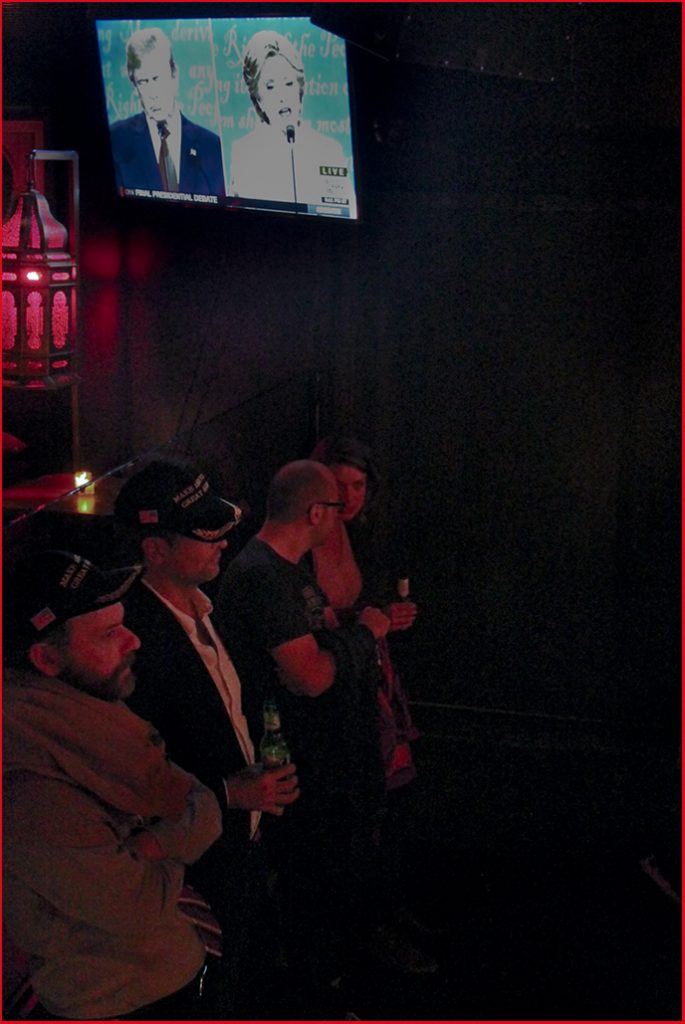 It was a lot to take in, it got pretty erratic. Like, do you want me to give you a Pepsi to calm you down?–Reamu Huggins, 25, Katra Lounge bar staff 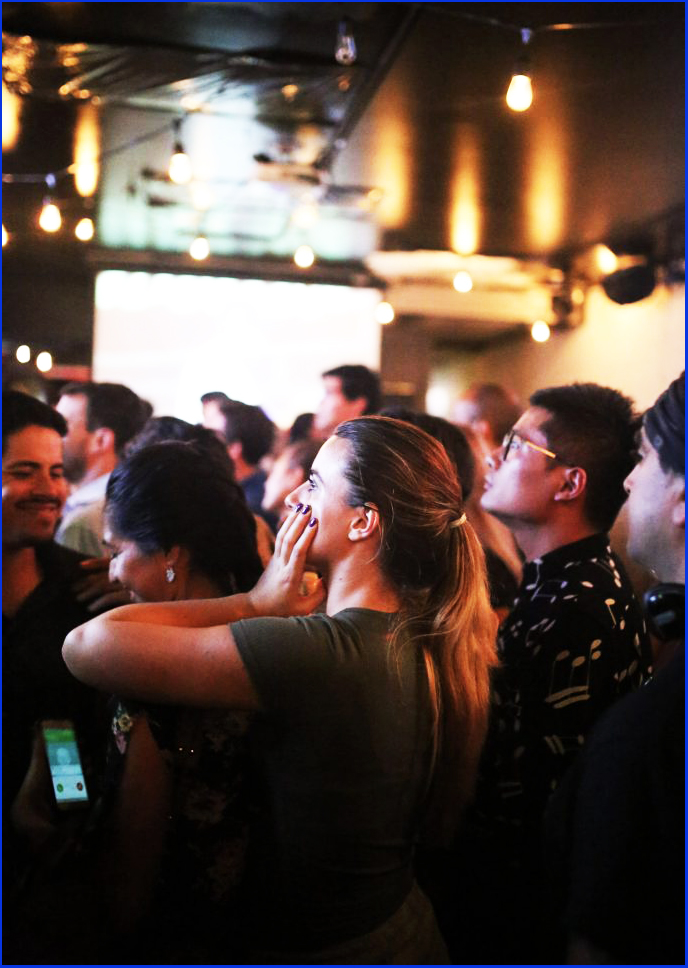 The fact that they’re even against each other: Hillary Clinton – someone who has been in the politics for over 30 years is next to someone like Donald Trump who does not have an experience, who is a celebrity,  is just mind-boggling. I think it’s an embarrassment to American people.–Sarah Lavina 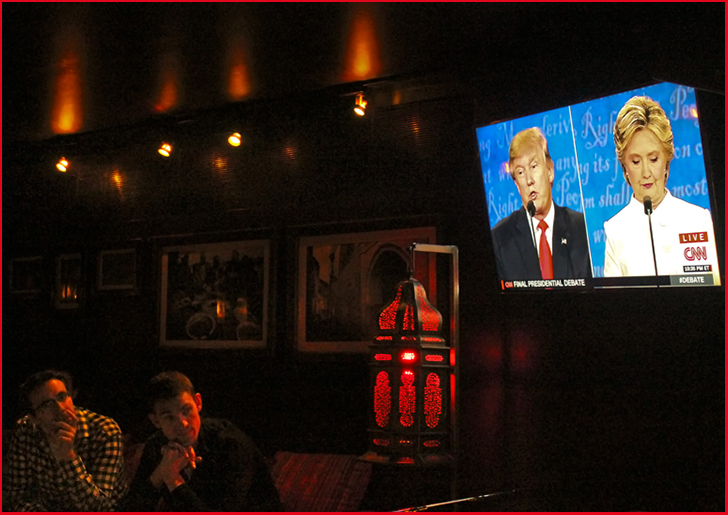 I won’t be voting in protest of them both; I don’t like Hillary and Trump is a sociopath.–Alex Adams, 25, investment analyst