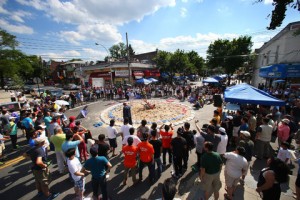 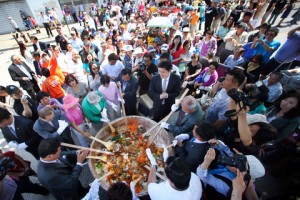 ‘Muk Ja Gol Mok Asian Festival’ scored a great success with about five thousand visitors. This festival gathered attention as open for the first time on 149th Street and 41st Avenue in Flushing, Queens. The celebration featured dancing, music and even a Korean wrestling competition. At one side, people made a giant version of bibimbap, the Korean rice-and-vegetable dish, to serve about 600 people.

NO-CARD
View all posts by jp160550 →
This entry was posted in Uncategorized. Bookmark the permalink.