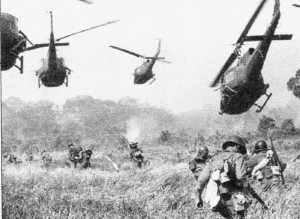 The Vietnam War cost American taxpayers about $150 billion (historic). Over 2 million men and women served during the war and about 58,000 were killed as a result of the war. Many soldiers came home disabled for life, some lost limbs and some were poisoned by chemicals like Agent Orange. Others returned from the war addicted to drugs and many suffered mental problems as a result of their participation in the war.