On February 17th 2009, President Barack Obama signed his first law.  He passed the American Recovery and Reinvestment act.  This was a bill passed to provide relief to low income families, open up jobs,  and help pay for medicare, so that no one is left without it health insurance.  This was a major problem in America, however many people were and still are against it, believing that it will not help fix the issue of urban poverty. 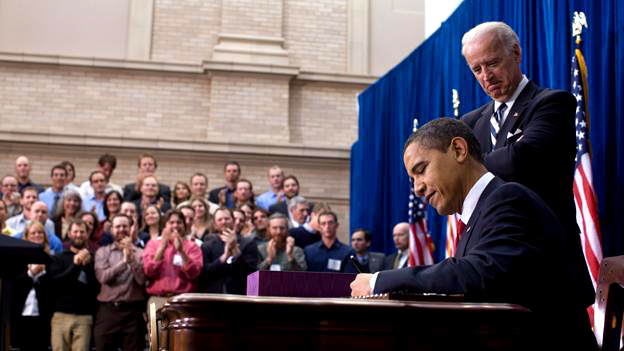