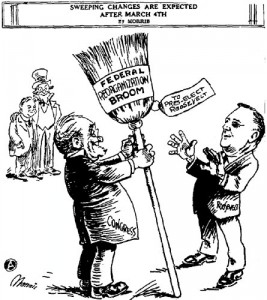 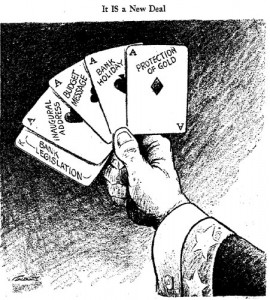 The political cartoons, illustrates how people  wanted to re-elect president FDR. due to what positive changes he brought to the United States from his new deal. Such things were his famous “First Hundred Days” of his presidency. FDR pushed through legislation that reformed the banking and financial sectors which later cured the American agriculture, and attempting it to resuscitate the American industry. FDR also provided direct cash relief for all the poor and job programs. This help the  crisis of starvation and the dire needs of the nation’s unemployed.