One of the most important changes during that time was roles of women. Before 1900s, women usually stay home to take care of their children, cooking, sewing, cleaning and gardening. They are not allow work on outside, men are the head of the family. Women social roles greatly expanded in the 1900s, many women worked during WWI, as men off to Europe to fight for democracy, women took their place, working in factories. After WWII, women’s work had changed again, most of women lost the industrial jobs, but they looking for other jobs, as part-time, to support their family. During that time, Films, TV shows, and advertisements portrayed marriage as the most important goal of American women. (Eric: 880) 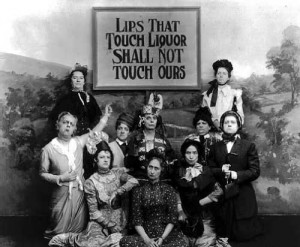 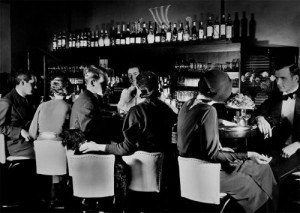 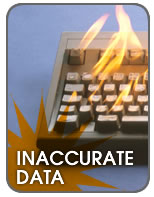 With the advent of a new technology as powerful and influential as the internet, many aspects of our lives will certainly change. In fact, many aspects of our social lives and daily routines have already changed by the rise of social network like Twitter, Facebook, and Myspace. As always, the government will take action in accordance to our new social behaviors. Out of the many possible changes that they might take, archiving Tweets in the library of congress was definitely beyond many people’s imagination.

Okay, we have many questions with regard to this act. What is the benefit of filing Tweets? What is the downside? And is it cost-efficient to store a constant growing data base for indefinitely long? Well, as a result of this act, a massive amount of data and opinions from our common citizens will become available to historians and statisticians. Historians will then be able generate opinions and reach conclusions from a huge number of primary sources. This archive of daily comments of our common citizens is definitely powerful, geographically widespread, diverse, and enormous. Since twitters do record all sorts of events, our future historians will have no trouble in obtaining information on the public’s reaction to any events and any changes, whether they’re political, social, or economical.

Unfortunately, we might have huge issues if the historians use such system. This huge archive will share some of the same problems as the article on Wikileak had mentioned. The first problem would be: can the archive represent the general opinion? Realistically speaking, we probably do not have an optimistic answer for this question. Reading tweets that are focused on a certain issue is equivalent to extracting a specific population of people out of the whole. Without a doubt, not all Americans tweet, and not all twitters are prone to tweet about certain topics because many will choose to stay silent. Moreover, even for those who have tweeted, they would had probably wrote about 1 sentence of random thought on the topic; they would probably not bother to write an essay to completely express their thoughts on the issue. Due to all the reasons above, taking account of the tweets on the internet would be equivalent to recording the one random thought of the people who tweet and decide to tweet. Under such conditions, our archive of tweets would provide questionable contents and inaccurate reflection of our society. Many people’s voice would not be heard, and for those that are heard, their opinions have a high chance of being incomplete, inaccurate, and thus insignificant.

As such, allowing future historians to write their papers based on this archive might not be a great thing for the sake of recording and educating the next generation. This change in history-recording may not be going to the right direction. And let’s not forget about the costs. Is it beneficial to keep an enormous and constantly growing database of selective and incomplete opinions? Well, there could be other uses for such database. If America were a totalitarian state, this archive could become a handy tool to blacklist the citizens with anti-government views.