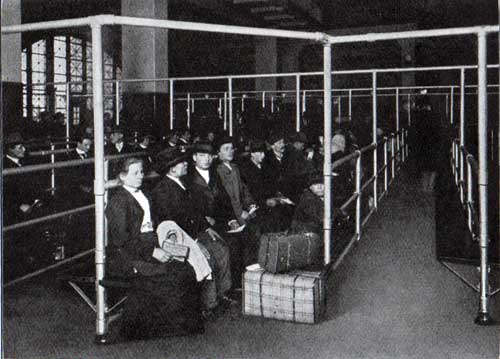 This is the room where immigrants wait during their examination process as Ellis Island.

Children are forced to work in factories in order to help the family.

Being an immigrant in the early 1900’s was simply horrible. Not only was it a struggle to be admitted into the country, but once in the country there are many more struggles ahead.  In the first picture, it shows immigrants at Ellis Island waiting for days just to go through an examination process. Once they enter the country, they have to start from scratch and make a living. Often time, it’s so difficult that children are employed in factories for very low wages. These children shown in picture two are usually treated poorly and have a high chance of death through their work at the factories.