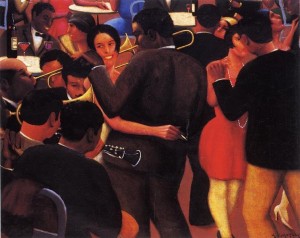 The Harlem Renaissance was a massive cultural movement among African Americans that took place in the 1920’s and 1930’s. Nearly one million African-Americans left the south following the end of WWI. They sought new opportunities up north and many found themselves heading to cities such as Philadelphia, Chicago and of course New York City. During the 20’s these cities black population more than doubled, and Harlem, NYC became known as “the capital of Black America”. Though many faced hard times during this era, a great artistic movement began. Cultural poetry, paintings, musical composers, intellectuals and novels began to emerge. Most notably was the production and development of outstanding Jazz musicians, such as Duke Ellington and Louis Armstrong. The Apollo theatre in Harlem became the pride of Harlem, and was the only place in the city that hired black performers. In these theatre seats both black and white patrons watched shows together, and it can be considered a place of equality. The Harlem Renaissance was a massive step forward in the movement for civil rights. 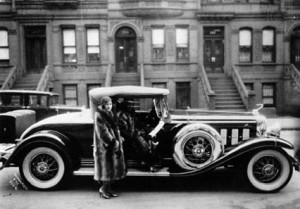 During the 1920s, there was a huge surge of black americans moving into northern urban cities from the south. With a huge spike in population, black culture began to emerge and self expression began to expand. New York’s Harlem was recognized as a “capital” for black americans and their expression through the arts. For the first time there were black actors performing on broadway shows. A few of the greatest writers and poets of all time were from Harlem such as Langston Hughes and Claude Mckay. Harlem boomed with new writers, poets, painters, musicians and entertainers that introduced a whole new perspective in all art fields. The Harlem Renaissance gave birth to many talented people and allowed blacks to create and thrive within their own culture and community separate from whites. The video above displayed a number of paintings, poems, pictures, writers, and songs that depicted the period of the Harlem Renaissance.