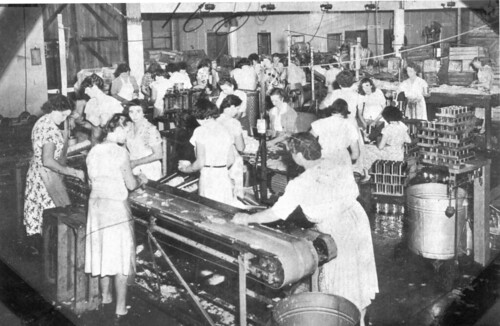 During World War II most of the men in America went to fight for their country leaving the women behind at home. Women didn’t just stay at home tending to their children they went out working industrial jobs. Women started to work in factories or taking over work on the farm. Since women started to work the famous “Rosie the Riveter” was the symbol for the most common job for women at the time.

After World War II things changed again for women. Most women had lost their jobs in the factories but they still continued to work. The level of employment for women had increased since World War II, working part-time to help support their family. Eric Foner book says “Despite the increasing number of wage earning women, the suburban family’s breadwinner was assumed to be male, while the wife remained at home.” Even though women try hard to work films, Tv shows, and advertisement portrayed that marriage life is the dream for every women.