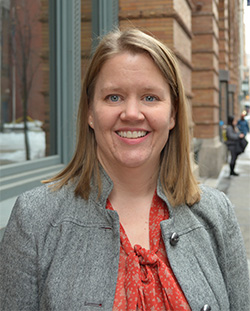 Dr. Clark Vaisman joined Honors in 2010.  Jody’s scholarly interests focus on supporting experiential learning, such as undergraduate research, for underserved populations.  Working in education for over 25 years, Dr. Clark Vaisman has spoken nationally on higher education and won the 2015 Baruch College Excellence Award for Innovation. She created the Inquiry Scholars Honors program to increase access to undergraduate opportunities for research and creative inquiry and is the co-founder of Creative Inquiry Day at Baruch.

She has taught graduate and undergraduate courses at Baruch, NYU, and Pace University, including a graduate course on qualitative and quantitative research methods in the Marxe School of International and Public Affairs.

Jody holds Master’s and PhD degrees in Higher and Post-secondary Education from NYU, where she received the President’s Award for Leadership.  She has an Honors BA in English and Political Science, Phi Beta Kappa. She is fluent in Brazilian Portuguese. 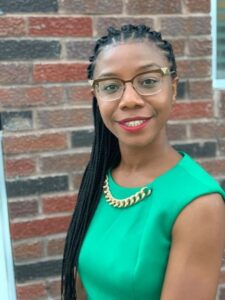 Nia is a graduate of the Doctor of Education Program (20′) in the Department of Administrative and Instructional Leadership at St. John’s University. She is also…