Wow! Look what turned up in the Newman Library Archives the other day! This commercial guide, issued annually by a British publisher in London, has been hiding in plain sight in our offices for years. But it’s not from our Library shelves because it bears a Dewey Decimal Classification number of 314.7 which we don’t use. What’s especially intriguing is the date — 1916, so the year before the Russian Revolution. 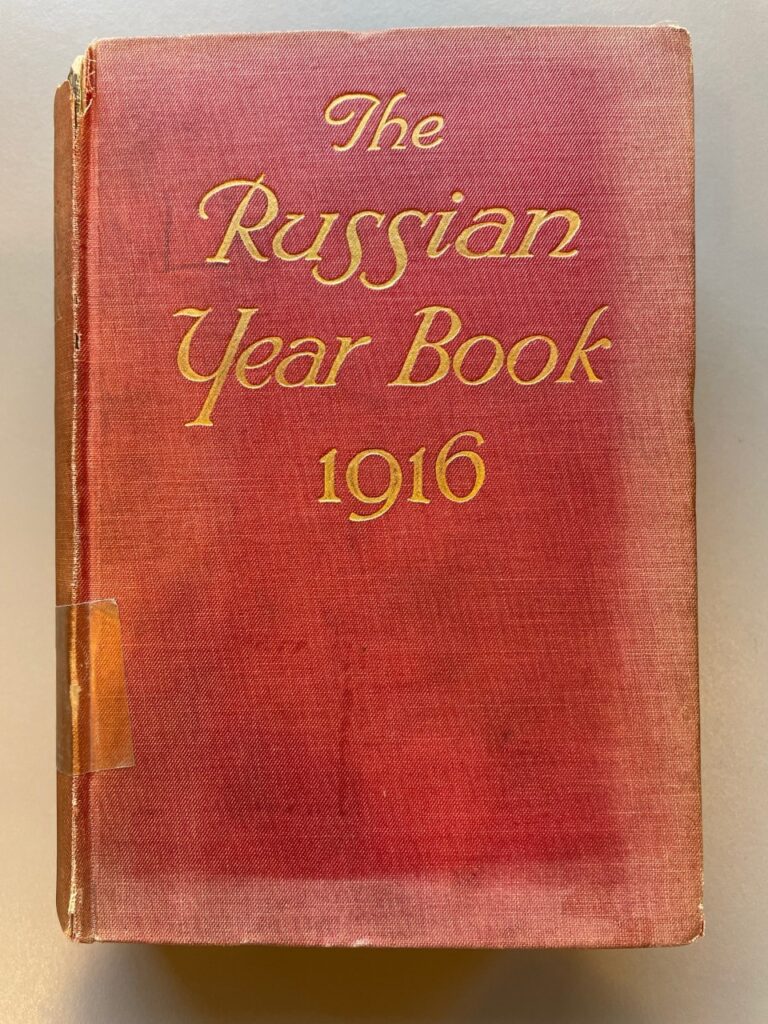 According to the borrowing card on the inside cover, it had been taken out for its last, and perhaps only, time on March 23, 1967 — some 55 years ago and almost 50 years after the Revolution. The internet offered a few possible clues to the borrower’s identity but nothing conclusive. 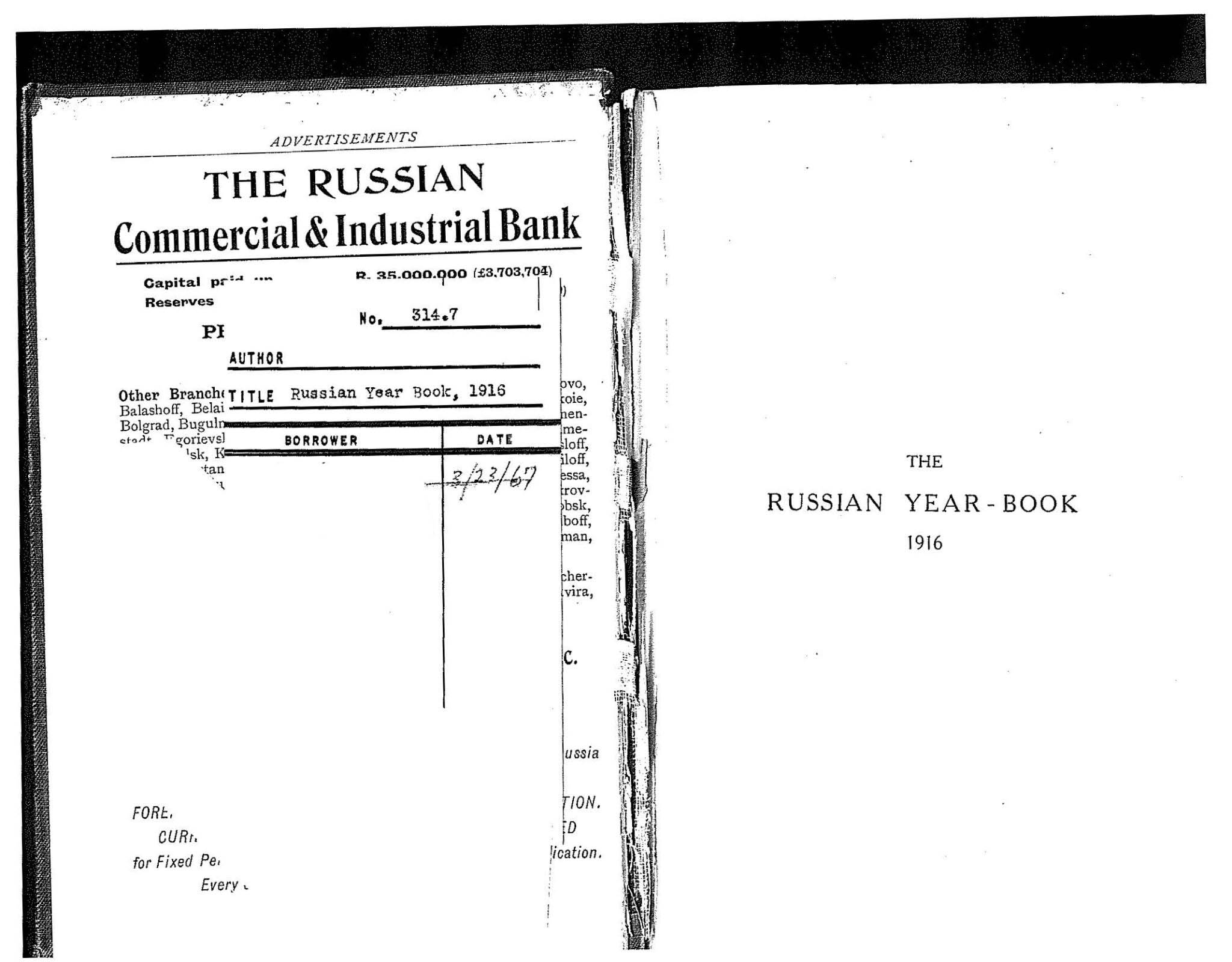 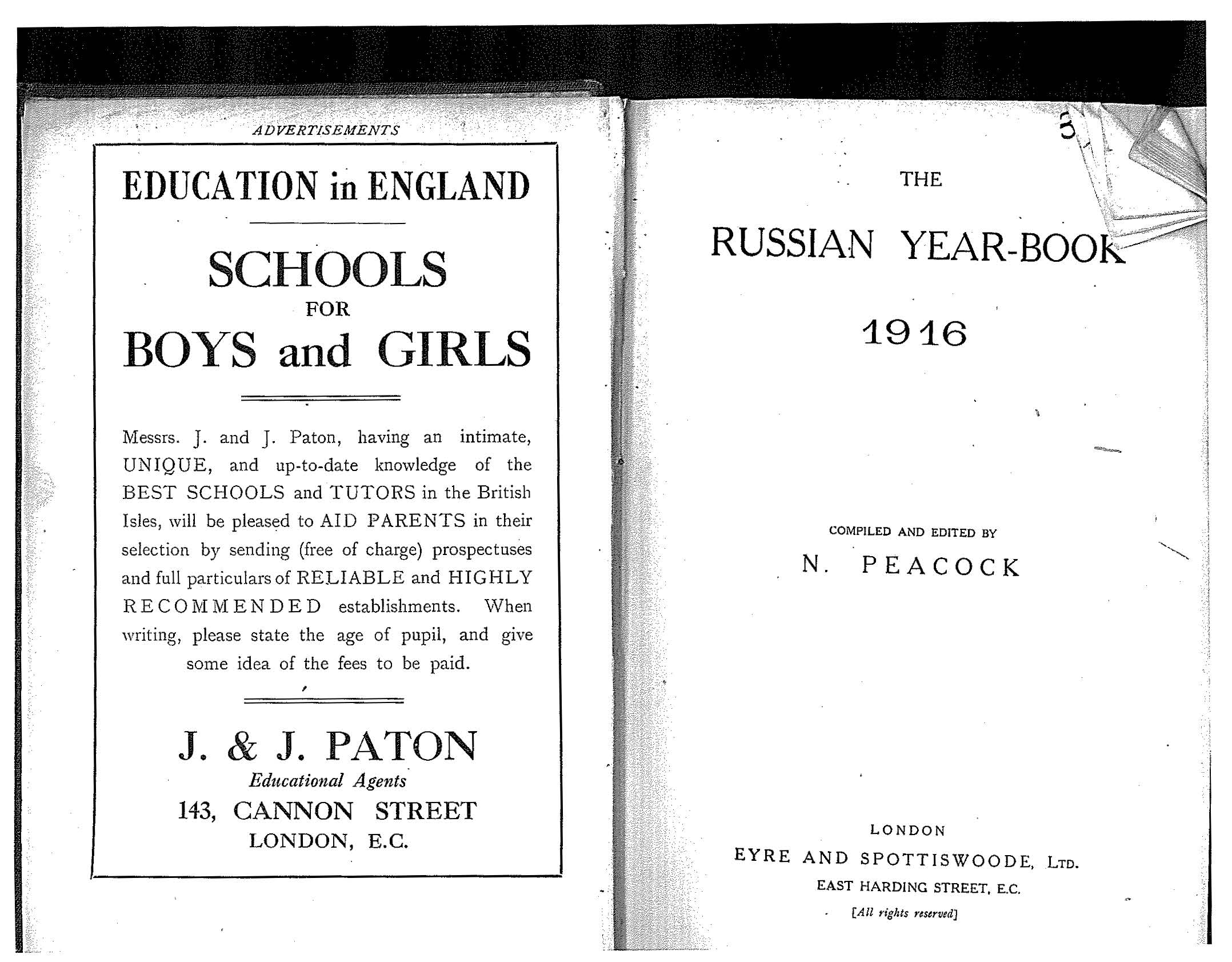 We quickly paged through to see if offered any hints of the carnage to come, but no. In fact, the opening entry is on Emperor Nicholas II and his wife and family, all to be taken prisoner by the Bolsheviks and executed in Ykaterinburg on July 17, 1918. Yes, even 17-year-old Grand Duchess Anastasia Nicolaevna, despite rumors of her escape. 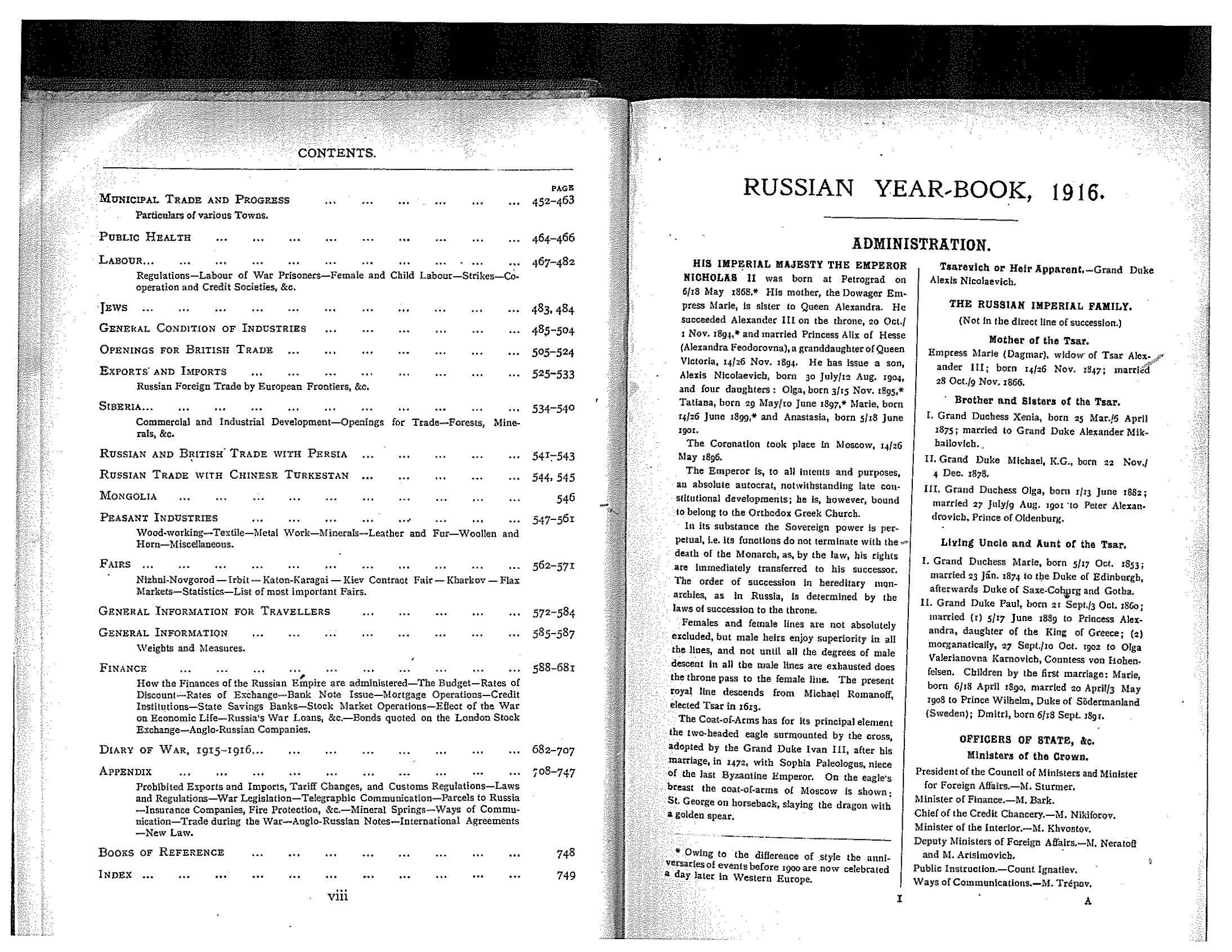 The volume is replete with manufacturing data and charts and tables, befitting a guide for business people, but there are fascinating glimpses of pre-Communist Russia, like these entries for Jews: 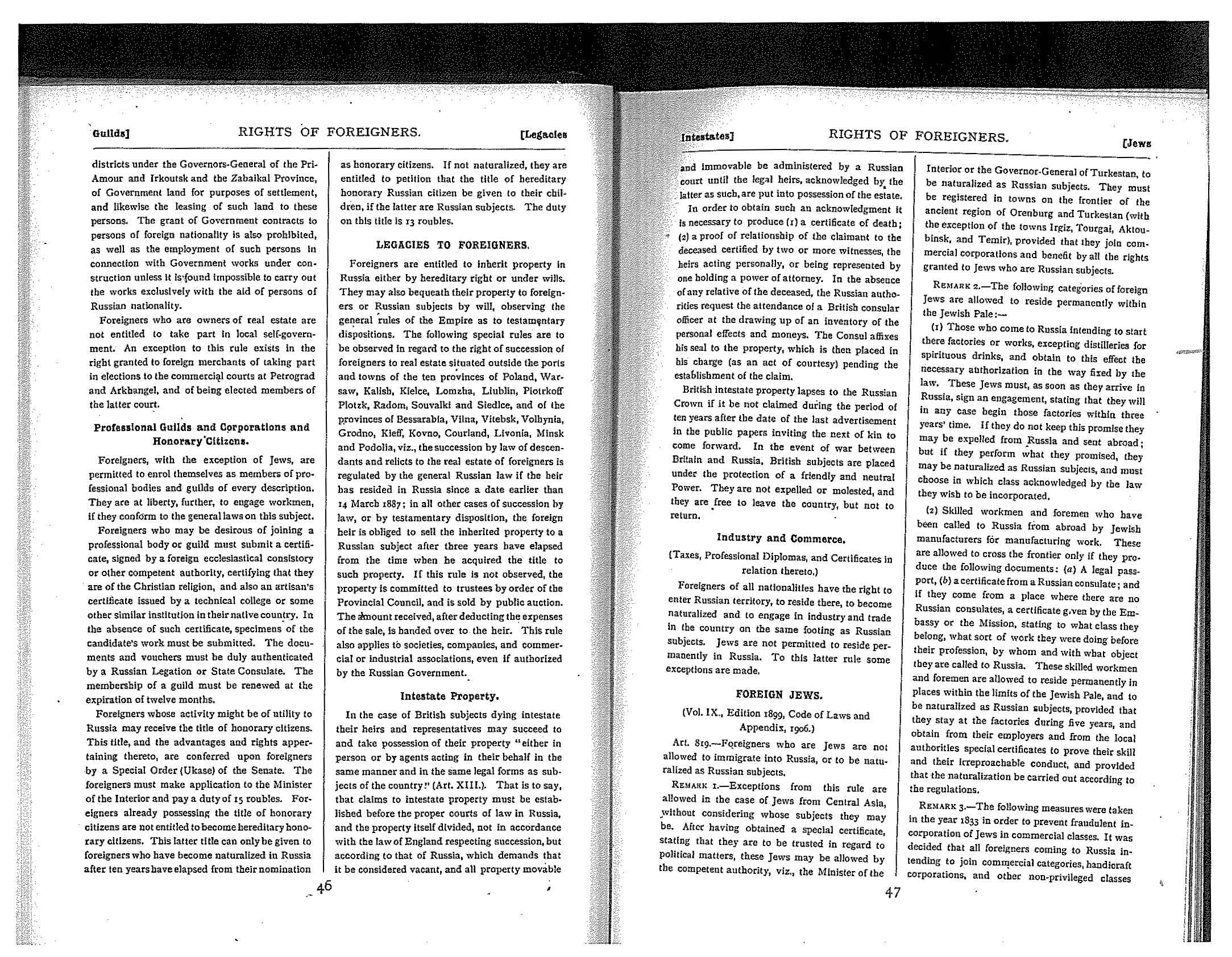 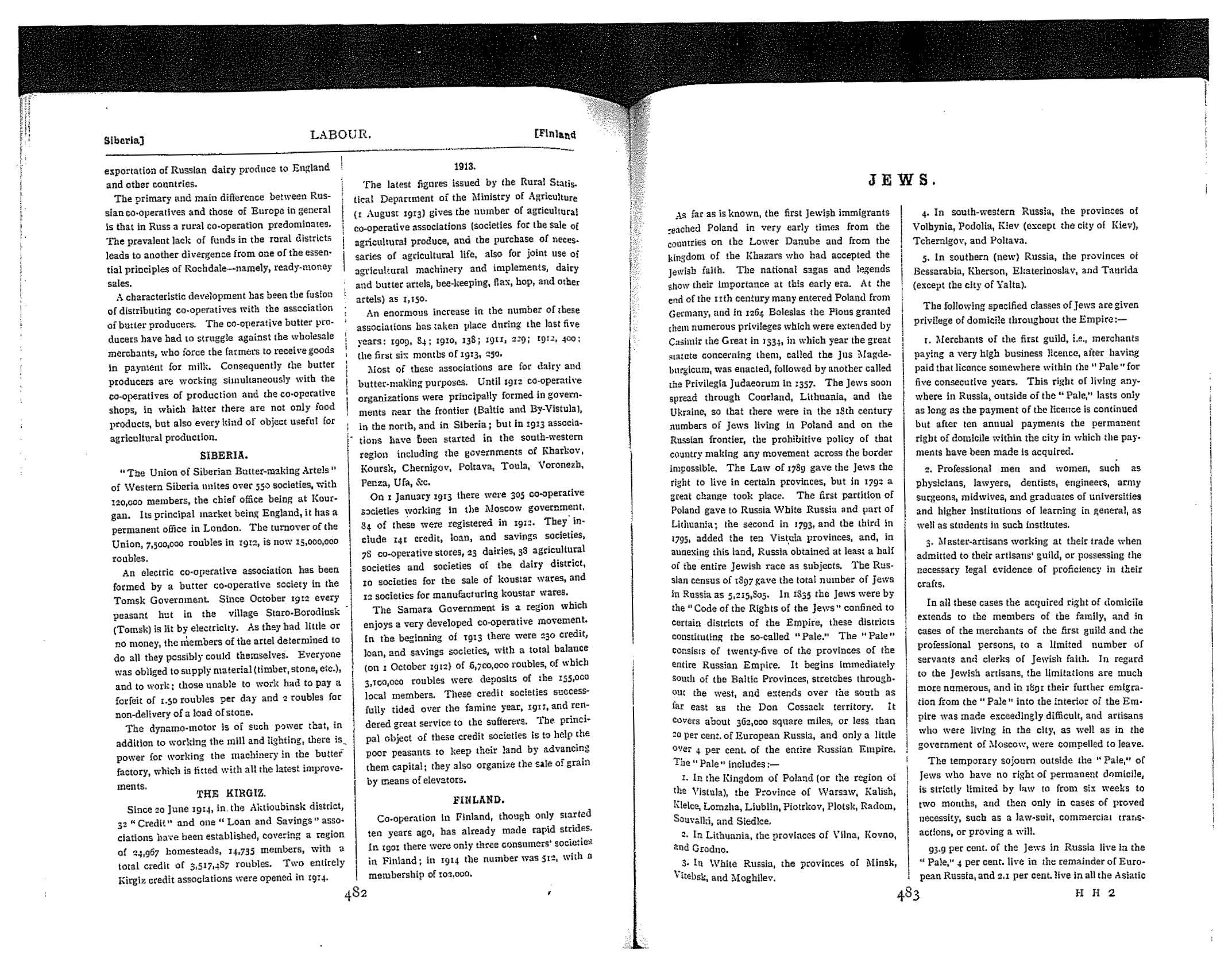