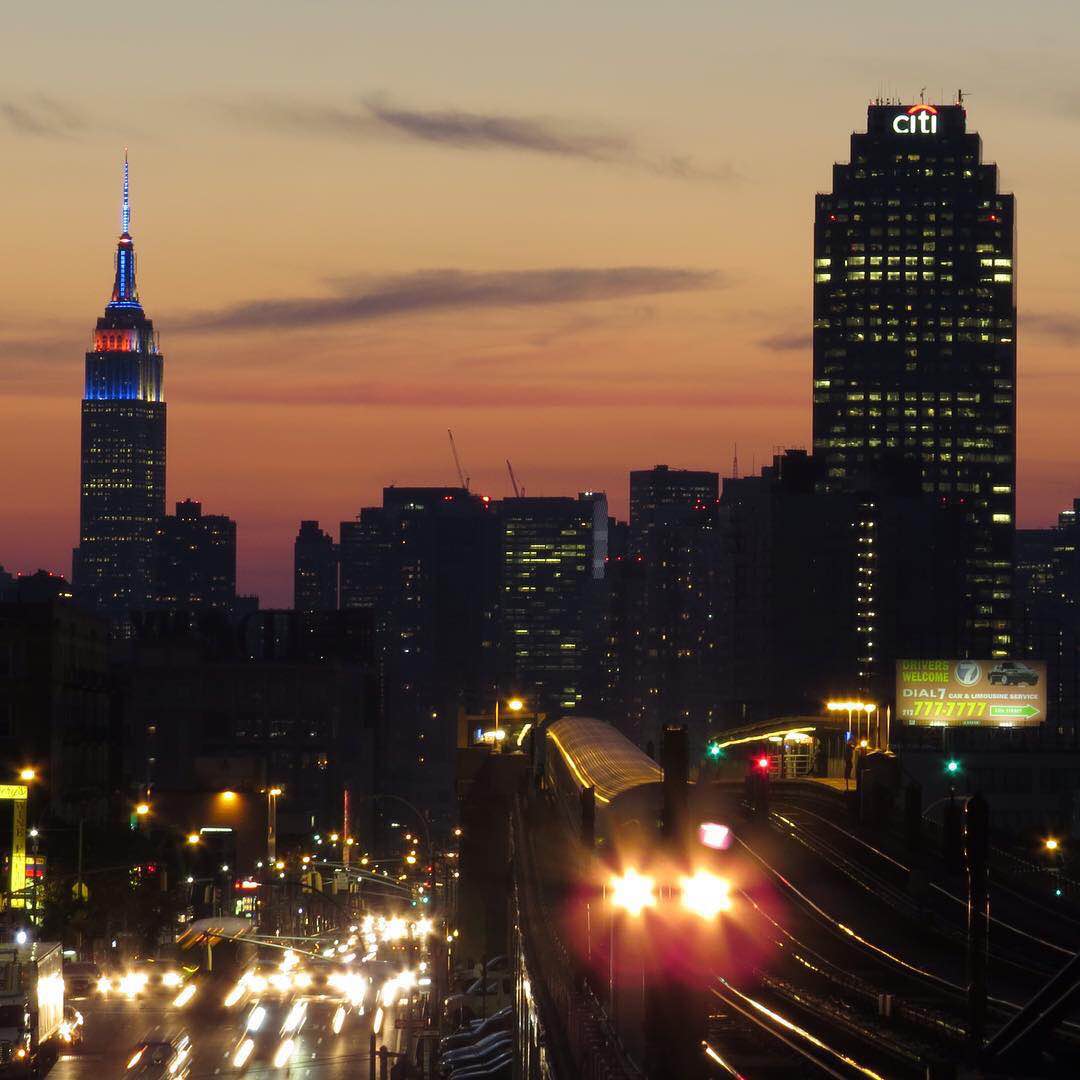 When the Straphangers’ Campaign, a transit advocacy group, released its 2015 State of the Subways Report Card on September 17, 2015, once again the No. .7 lines was ranked No. 1 for the second year in a row, not everyone agreed.
For example, the 1,400 members of a Facebook group page, “The 7 Train Blues,” who have formed a social media community to voice their complaints about riding the No. 7 train.

The Straphangers Campaign rates the subway lines by six metrics: schedule frequency, regularity of service, breakdowns, seat availability, cleanliness and announcement. The reason why the 7 train ranked highest because “it was the best in the system on frequency of service and subway car cleanliness – and also performed above average on two other measures: delays caused by mechanical breakdowns and seat availability at the most crowded point during rush hour. ”According to the Straphangers’ Campaign explanation.

Two weeks later, Melissa Orlando, a Sunnyside resident and the creator of the “7 Train Blues” responded with an opinion article “We’re the Best?” published in the Sunnyside Post. In this opinion piece, she explains how her Facebook page have been raising their concerns on social media platforms (Facebook, and Twitter). She believes some of the metrics system has to be fixed, for instance the chance of getting a seat on the subway, she believes the ridership have gone through the roof over the years to worry about getting seats.

Ridership has risen over the past years on the 7 trains. One of the main reasons for delays in the 7 lines is because of increased ridership. The numbers of Queens residents have grown over the years in Long Island City, Sunnyside, Jackson Heights, Elmhurst, and Corona. According to the MTA website, they have calculated the ridership in each station over the years. For example in the 40 Street Lowery Street Station in Sunnyside had about 3,483,507 riders in 2013, in 2014 it has 3,496,676 riders, a 0.4% increase.

With Mayor Bill De Blasio also suggesting new housing units in Sunnyside yards, in which it storages New Jersey Transit and Amtrak trains. Orlando believes there can be no development of 200,000 new housing units, while there is inadequate infrastructure to support the current residents of Sunnyside, Long Island City, and Astoria.

Signal problems have been a big issue for many years for 7 train riders. The reason is the MTA is installing a new system called communications-based train control signaling system. The installation of this new system have cause weekend disruption between Queens and Manhattan since 2012. The MTA, in a press release provided information about the increased No. 7 ridership, strongly suggested that the CBTC would solve the problem. “The MTA is installing CBTC on the No. 7 line, which will allow more trains to run closer together, carrying more customers while also providing countdown clock information,”

The 7 train blues keeps growing everyday, which causes for complaints to rise. On a regular rush hour morning or evening, commuters will alert other commuters on the train status. Many of the commuters will post common delays, but when the 7 line has a breakdown, which happens frequently, the page will blow up the notifications, for instance just recently in November 20th, There was delays in the 7 train because of signals problems. Group members showed their frustration. As one group member posted “It is a miracle if you get to work on time.”, Another group member asked for commuters to use the hash tag 7 train delays and to tag the MTA. 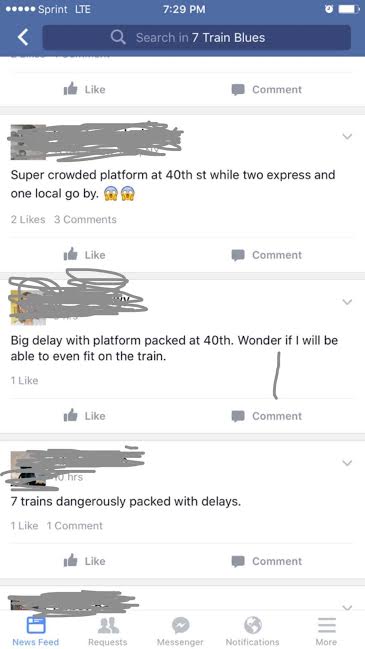 Brandon Mosley, Creative director of 7 train blues believe the MTA needs to improve in communication with commuters. “People are left on the platform for 10 or 15 minutes with no communication at all, if there were a type of communication, it will ease the tension and frustration commuters have with the MTA.”.

With the Facebook page expecting to get more new members as time goes on, the future plans for the page is to create a new website. “Riders to obtain new tools to have their voices heard further out beyond social media” according to Mosley. Orlando wants a MTA liaison to come over to the community board meetings to work with the community leaders. She also wants to see more community activism, so the MTA sees her group members as consumers, not the annoying people that complaint about them. Orlando was pleasantly surprised “7 Train Blues” was getting local and national attention, but she is happy to see that she is not the only one, that is concern of her community.