Musicologist Deborah Pacini Hernández, argues that Cumbia “fit the descriptions of being well-traveled and having evolved into numerous styles, although the sophisticated gloss provided by the term “cosmopolatino” obscures cumbia’s much more humble roots and complicated routes through the Americas over the past century.

Cumbia’s aesthetic origins are in pre-twentieth-century coastal Colombian folk culture, where it articulated the hybrid sensibilities of that region’s tri-ethnic population of mixed African, European, and native ancestries. In the 1940s and 1950s, commercialized variants of cumbia were popularized throughout Colombia and then spread to other parts of Spanish-speaking Latin America to the south (Ecuador, Peru, and Argentina) and to the north (Central America and Mexico), where it became embedded and resignified in (primarily) working-class and mestizo communities—and then, via Mexican immigrants, to the United States as well. Cumbia remains deeply rooted in working-class Latin/o American communities, but its recent global variants have become unmoored from any particular social group or location. (106)

By the turn of the millennium, Mexicans had reconfigured and resignified cumbia to such an extent that many Mexicans believe cumbia is of Mexican origin. (107)

Interestingly, although rock ’n’ roll was embraced most avidly by urbanites in central Mexico, the development of the grupero style was very active in northeastern Mexico, where norteño groups were concurrently incorporating cumbias into accordion-based repertoires. (122) 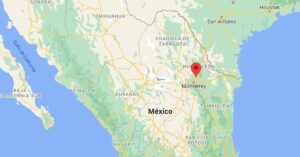 How the Mexican characters in I’m No Longer Here “reconfigured” cumbia?

Mexican migration to the United States has always been steady, but in the wake of the North American Free Trade Agreement (NAFTA), which had the effect of displacing millions of Mexican workers, the Mexican-born population in the United States exploded between 1990 and 2000, increasing 52.9 percent, from 13.5 million to 20.6 million.  Once in the United States, surrounded by other homesick migrants seeking to combat the anxieties of displacement with music firmly anchored in Mexico, the accordion-based sounds of norteño, once associated primarily with northern Mexican working-class culture, became increasingly linked to the migratory experiences of all Mexican immigrants.  (122-3)

Since migrants typically introduce musical practices from their homelands to their host societies, music and migration are generally directly linked. The literature is full of accounts of the many ways migrants use and transform their music in new settings: as a link to home, as a form of cultural resistance, as a way of negotiating emergent identities, as a way of strengthening ethnic, racial, or class solidarities. (137)

Can you identify these aspects highlighted by Pacini Hérnandez in I’m No Longer Here? Do you think that cumbia represents all of these things to Ulises, the main character? How does the film question inter-Latinx solidarity?