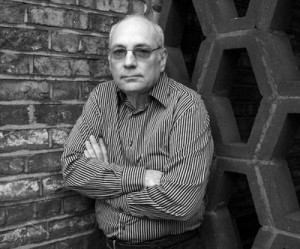 [One July, it was 1997, a small group, convened by Emmanuel Hoquard, met at the Centre de Poésie & Traductions at Fondation Royaumont, near Paris, to play the “blank spots” game (le gam taches blanches). If the game of blank spots were a betting game it would go like this: “I’ll see your nothing and raise you nothing.” Parent figure: “I didn’t raise you to say things like that.” Parent figure: “Leave them alone & they’ll come home, wagging their tales behind them.” I present here one of my contributions to the Royaumont meeting.]

2. “I have lost my notes but maybe I will find them during my nap.”

8. She shot me point blank.

She shot me at point blank range.

I got shot at point blank range.

9. Johnny must have slipped me a Mickey because the next thing I knew everything started to go blank and I found myself on the floor next to the coach and she was saying to me: “[Quote removed by Tom Raworth for further study]”

16. The anoriginal space between versions (translation & source, text & performance, cup & lip) is the grace of blankness.

20a. Her glance pierced me like blanks firing on an icy precipice.

28. The savage wilderness of the desert.

31. Blanched but not bowed.

31. Waldrop’s paradox : The only one who can judge the translation knows both languages and so can¹t judge it.

In Charles Bernstein’s “Great Moments in Taches Blanches” a reader finds many blank spots. Commands are redacted and assertions refused. Parentheses are split open. Blank space is given some physical shape, at least the shape of a “tache rectangle,” and then paradoxically (and honestly) said to be no longer blanked, and at last, numbered sections of the poem are left waiting, succumbing to the luster of words that haven’t arrived, words that have been left blank.

“Taches Blanches” literally translates to “white spots,” and also as Bernstein employs it, “blank checks.” Much like a blank check, the poem’s purpose is never fulfilled, never cashed, and never depleted. Moreover, the poem itself is a giant blank spot constantly shifting, the eye of a storm that pushes the reader from its words back into the world they question.

Was Jimmy Stewart ever in a movie directed by the author Jean-Jacque Lecercle? If he was, I can’t find it. Did the artist Robert Rauschenberg actually erase that “important” DeKooning drawing with a Staedtler “Mars Plastic” Eraser? I watched the video like eight times, and I can’t tell. Who said, “I have lost my notes but maybe I will find them during my nap”? I’m only three numbered sections into these great moments, and I can admit without reservation that I’m not feeling so great.

What’s more, throughout the poem blankness goes on to “glare,” “draw,” “stare,” and “form”. This characterization of the great blank, the blank page, the blank heavens, and the—can it even be named?—has me drawing a blankety blank. And that’s exactly the effect Bernstein has designed into this poem. Each time, and particularly each first time a reader grasps at this poem, we are meant to stumble over words and sentences we claim to possess, sensations and meanings we assume have been domesticated, to wonder if form and function are synonymous. That’s one of this poem’s grand accomplishments: It leads a reader to the point that the reader is no longer following, the point of contradiction at which we are freed of the burden of knowing, but also the point at which we are dogged by the knowledge that “Freedom is never free”.

Charles Bernstein is often referred to as a L=A=N=G=U=A=G=E poet. This generally means that his poetics consider words and sentences and ideas living creatures, ones that have a tendency to defy tidiness. In his poem’s words, this means that language is “the gap in agape,” a pun directing our attention to an open mouth, to the Greek word for “love”, and no doubt to much more besides.

To my mind, Bernstein’s poetics are especially tuned to our moment, to our difficulties of focus and our inabilities of knowing even when culture and intelligence are saturated with data. What’s more, his poetry is compassionate to our attempts to manage and overcome our ignorance, reveling in our flights of fancy and the diversions that enable us to salvage hope and dignity when the odds are stacked against us. He is an information poet, a poet of referent, who quixotically and systematically defies reference. Perhaps what I mean is that his work and this poem are simply astounding.

You can find out more about Charles Bernstein and his poetry here, here, and here.

One thing I think is interesting is how Bernstein plays with the idea of naming the unnamable, so to speak. He points out that “drawing the blank” makes it no longer blank, but naming it has the same effect. For example, “Don’t blank on it,” has a very different effect than “Don’t….on it,” even though they’re essentially the same thing. Bernstein plays with this idea by using both the word “blank” and actual blank spaces, underscores, and ellipses.

5 thoughts on “Great Moments in Taches Blanches by Charles Bernstein”