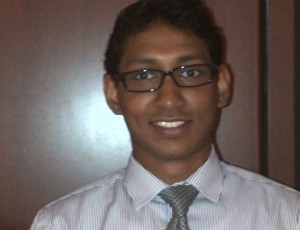 END_OF_DOCUMENT_TOKEN_TO_BE_REPLACED

He gripped the rock and pushed his body up to reach the high plane on Table Mountain in South Africa. Noticing two students, he introduced himself and learned they were pursuing their Masters of Business Administration at the school he dreamed of attending.

“What are the odds?” he thought to himself noting that this trip would shed light on all of the possibilities he could accomplish in his career.

The idea for Chu’s trip to South Africa came from an inspiration at his workplace to do something “bold and different.” For many students networking seems like an awkward, sometimes challenging task. But for Chu, his foundation as a student leader allowed helped him network with officials at his company—a decision that fueled his desire to help youth in Cape Town.

Though the experience in the Cape Town school proved something that he could utilize the skills he acquired as a student leader in Baruch and apply them to being a volunteer for a class of second graders in a volunteer program called UBelong.

It is rewarding to work with younger people because you see they go along way. I see myself in people,” he said.

Chu related to the altruism of a girl in his class in Cape Town who took the seat of another classmate after she saw it was broken. He said it was a humbling experience to know that another student was willing to offer her seat to help a friend.

He noted that his passion to help youth is tied to his transformation from high school to college. “In high school I was more in the backseat, being a member and being active but never really outspoken or led a team,” he said.

He was motivated to step up to be a leader when he noticed that you could influence others to make a positive difference in the world by taking an active role in a college club. “To see where I went from then to now, it is a crazy transformation and I am just trying to help everyone do the same thing,” he said.

Chu received a full-time offer from Citigroup upon graduation and now works as a Financial Analyst in a three-year program where he plans to spend two years in the Corporate Reporting department and will rotate to another department in his last year.

He majored in Finance and double-minored in English and History. He said that while it is a concern for many students to secure a job after graduation it is important to lay the foundation by having internships. Chu had three internships  with just one related to Finance and was also accepted into the Financial Leadership Program—a competitive SCDC program designed for juniors studying Finance.

FLP was helpful in securing an internship more in line what I wanted to achieve—to secure a job after graduation,” he said.

But in addition to receiving a full-time offer upon graduation Chu was determined to also become a part of Citigroup’s company culture and business community called the Citi Diversity program. Of the groups participating in the program, he decided to join the Citi Asian Heritage Network. After speaking to members on the e-board he volunteered to create a brochure featuring four biographies for an upcoming panel event.

Little did he know one of the panelists would be a source of inspiration for building his career not only in the United States but abroad. Chu remembers how the Citigroup official spoke of his career journey from entering into medical school and later realizing his ambition to work in the business sector.

At the conclusion of the event, Chu was able to follow up with the panelist and speak to him. It also came in handy that Chu knew much of the panelists’ work by doing the write-up of their biographies in the event’s brochure.

After sending a thank you note he was able to meet again with the official one week later for coffee. It was then when he received the advice to consider volunteering abroad to build his experience.

Networking is a skill that Chu values because he noted it is useful especially in a budding career. Through networking he was able to gain the advice from an official at Citigroup. But he pointed out he did take the extra initiative to work on his networking skills during his time as an undergraduate.

As a former student leader of Beta Alpha Psi, Delta Sigma Pi, the Global Students Certificate Program, and Peers for Careers at the Starr Career Development Center, Chu has learned that it is rewarding to hear about the experiences of professionals, but you must also do your own research to learn about how someone was able to progress in his or her career.

“It is sort of like an extra class. You have homework. But the more effort you put into it the more you get out of it,” he said.

Chu said students should take advantage of opportunities to meet panelists especially during events held by clubs on campus. And he noted researching and learning about the professionals that will be there is crucial to building a mentor relationship.

Now he is considering applying for an MBA. His experience meeting two students from the university he has dreamed of attending has showed him that networking opportunities never stop, even at the highest peak of a mountain top in South Africa.“It proved to me that I can make friends with anyone anywhere,” he said.

Though still a fresh college graduate that has embarked on both full-time work and travel abroad, Chu feels the need to achieve more.

Rightfully said, careers never end and continue to evolve as one moves through life.

And Chu plans to continue to learn from both the old and young.

Throughout the arc of his career journey thus far he realized that engaging with other people, whether giving or receiving advice, is something he truly enjoys and he will continue to seek in all future opportunities.

Kamelia is a junior at Baruch studying Journalism and Religious Studies. She is currently a Peer for Career at the Starr Career Development Center and the Editor of Starrlights.