“The idea for the festival started about 8 years ago when we [Dante Albertie, Hector Olivieri and Maggie Krupka} decided that the Bronx needed a real film festival that featured films that were on the same level as every other film festival, to fight the notion that the Bronx has no culture, to show films that are on the same level as the Tribcca Film Festival or Sundance.”

Krupka, the director of the festival, went on to write “The mission of The Bronx International Film Festival is to celebrate the history of film in The Bronx by showcasing promising filmmakers while promoting The Bronx as a cultural destination and Bronx venues, like Lehman Stages, as prominent New York performance spaces.” 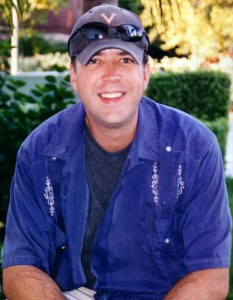 Albertie, Director of Lehman Stages, had the same feeling saying that the group “felt the Bronx didn’t have anything like it at the time so we wanted to provide it.”

According to the website “The Bronx Stage & Film Company, Inc., is a professional non-profit arts organization dedicated to the discipline of theater and film” and goes on to say, “Our goal is to be a touchstone for emerging artists and to promote art particularly from The Bronx and the outer boroughs.

This year’s Bronx International Bronx Film Festival will run from June 16th through the 19th at the Lovinger Theatre. There is no limit on how many films can be submitted, but there is a limit for what programming what will screen at the festival. Krupka wrote “we fit as many films as possible into this time frame.” What is their average attendance at the festival? Well, it is difficult to say. They do have followers on Facebook (2,189) and Twitter (560).

When it comes to choosing the films that will be showcased at the festival each film is prescreened and then it goes to a panel for judging. Ms. Krupka would not specify the people that would be on the panel. At the end of the festival the panel gives out two main monetary prizes: “Best of Festival”, which is a prize of $1,000, and the recently added “Best Documentary”, which is also $1,000.

Asked about past winners she mentioned first year winner Cary Fukunaga and second year winner Alrick Brown. Both worked on the film “The Adventures of Supernigger: Episode I – The Final Chapter”; Brown was the director and Fukunaga was cinematographer. One of Fukunaga’s recent films was “Sin Nombre” in 2009, where he was both writer and director. For that film he won the Cinematography Award and U.S. Dramatic Directing Award at the Sundance Film Festival The Trailer to \”Sin Nombre\” (2009).

Brown and his co-producer received the “HBO Life Through Your Lens Emerging Filmmaker Award” to produce the documentary “Death of Two Sons.” In 2007 he addressed the Motion Picture Association of America on C-SPAN. His most recent film is “Kinyarwanda” for which he won the 2011 World Cinema Audience Award for Dramatic Film at Sundance.

Putting the festival together takes six months from when they make the announcements for submissions until the final programming. However, to Ms. Krupka “the festival is always in process because we are always doing something connected the festival during the course of the year from brainstorming ideas to planning events.”

When asked about future events for The Bronx Stage and Film Company there are not any at the moment that they’re willing to announce.  Right now the company is focused on the festival.

Funds, according to Krupka, go into marketing, prizes, and supplies for the festival.

When asked about her thoughts on the Bronx International Film Festival she said “we see endless possibilities for the festival anything that that will help build the festival. We are always coming up with new ideas to expand and grow.”