Growing up in Harlem, I was remembered every day of the struggles and obstacles that black people faced so I can

freely be the woman I am today. I’ve known from an early age that the Harlem Renaissance is one of the major turning points in Black history because I went to St. Aloysius, a predominantly black catholic school located on 132nd. As a first-generation native New Yorker, most of the history I learned about Harlem and American black history was from elementary school. This very basic knowledge planted a seed of curiosity in me that made me leap at the opportunities in college, such as joining NAACP chapters and taking the “Literature of the Harlem Renaissance” class to grow my knowledge of Blackness and the development and evolution of our culture. The journey of being stolen from your homeland, enslaved and treated as property, and then eventually becoming the most influential culture in the world is a story of resilience and representation.

African Americans were denied input in the economic, social, and political progress of the United States because for over 300 years they were enslaved and seen as property. The failure of Reconstruction from 1865 to 1866, only further put most black families into a second-class position because the promise of reparations never came through, and sharecropping, in reality, was a legal form of slavery.   Although African Americans were “free citizens” according to the 13 and 14th Amendments, white southerners could not accept African Americans having rights, voting, or holding political office. Terrorist groups like the KKK would form during this time to harass and murder black people with motives such as the “great replacement” theory, which is a racist assertion that white people are being “replaced” by minorities. Between 1910-1920 black people moved to the north for better economic opportunities and to escape domestic terrorism, this period was known as The Great migration. Around 175,000 black southerners and thousands of Caribbean immigrants would settle into Harlem, which was three square miles originally meant for rich white families to escape the busyness of Midtown Manhattan and shift the definition of Blackness not only in America but around the world. The Harlem Renaissance would be an era unlike another in American History because it explodes visual and literary arts, its unique ideals by thinkers, and its establishment of the black man in America purely through black efforts.

In my blog post titled, The “New” Negro, I explained the phenomenon of how the black people of the Harlem Renaissance era were no longer subjecting themselves to accommodations,  racial solidarity, or waiting for their freedom to be “recognized” as Booker T. Washington, an educator and race leader at the end of the 19th Century, wrote in autobiography Up from Slavery. Having been raised during slavery and still living in the south after reconstruction, Washington wanted fewer black bodies dead due to racial injustice and believed appeasement of discrimination along with learning a trade would slowly but surely advance the social and economic status of African Americans over time. It is also important to note that before the boom of the Harlem Renaissance, the “Negro” was often depicted as a lazy degenerate group in racist illustrations known as Sambo Art and Coon caricatures. Determined to eradicate this depiction and no longer wanting to be seen as passive and compliant in their position, great intellectual and decorated writers W.E.B Du Bois and Alain Locke, the first African-American Rhodes Scholars who achieved a Ph.D. in Philosophy from Harvard would use their platforms at the time to present a representation of the “New” negro who was educated, intellectually artistic and profound.

On this site, you will also find my other post titled, Harlem: The Land of Opportunity. This post explains how Harlem was a “land of opportunity” for black people as seen through the achievements and accomplishments of Trail Blazers such as Adelbert Roberts, elected from Chicago as the first Negro to sit in the Illinois Senate(opportunity 62). In the publication Opportunity, an academic journal published by the National Urban League, there was a section entitled “Social Progress” that informed its readers of sectors of business in which blacks were making a name for themselves and honoring the many “firsts” or “Black achievers” for the community at the time. Although the publication would not give a full biography of each of its “achievers”, given the historical context is important to note that each of these trailblazers had to overcome some form of adversity, whether it be coming from a background of poverty or being a woman in a predominantly white male field such as Eunice Hunton Carter, the first African-American woman to work as a prosecutor in the New York’s District Attorney’s Office. In this post, I also explain how the high concentration of black artists and intellectuals inspired and provided opportunities for growth among blacks. I expand on this idea of black people breaking barriers and overcoming stereotypes in my blog post titled, Conscious Pathbreakers: Escaping the “Ghetto”. In this post I opportunity gained and create through education. In Eunice Hunton Carter’s article “Breaking Through” in the Survey Graphic she explains conscious pathbreakers, or the young black people who were no longer working in “traditional” fields like nursing,  teaching, or unskilled work to take on more individualistic disciplines like business, technical professions, and the arts. It was the exploration of education opportunities that allowed black people during the Harlem Renaissance to create their own path of social mobility and diverse the workforce of America.

I believe it is important that anyone who wants to fully understand this era must understand the resilience it took to even be a black person and the importance of self-representation.  Unlike their white peers, African Americans did not have established roots or a stake in the decisions of the country. Opportunities such as education allow for social mobility, which allows individuals to improve their social status, were not available to people of color and they had a lot of catching up to do. Despite the inequality and inequity, African Americans were up against, the process of making a space for themselves and their future generation was historical and inspiration. 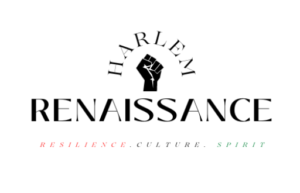