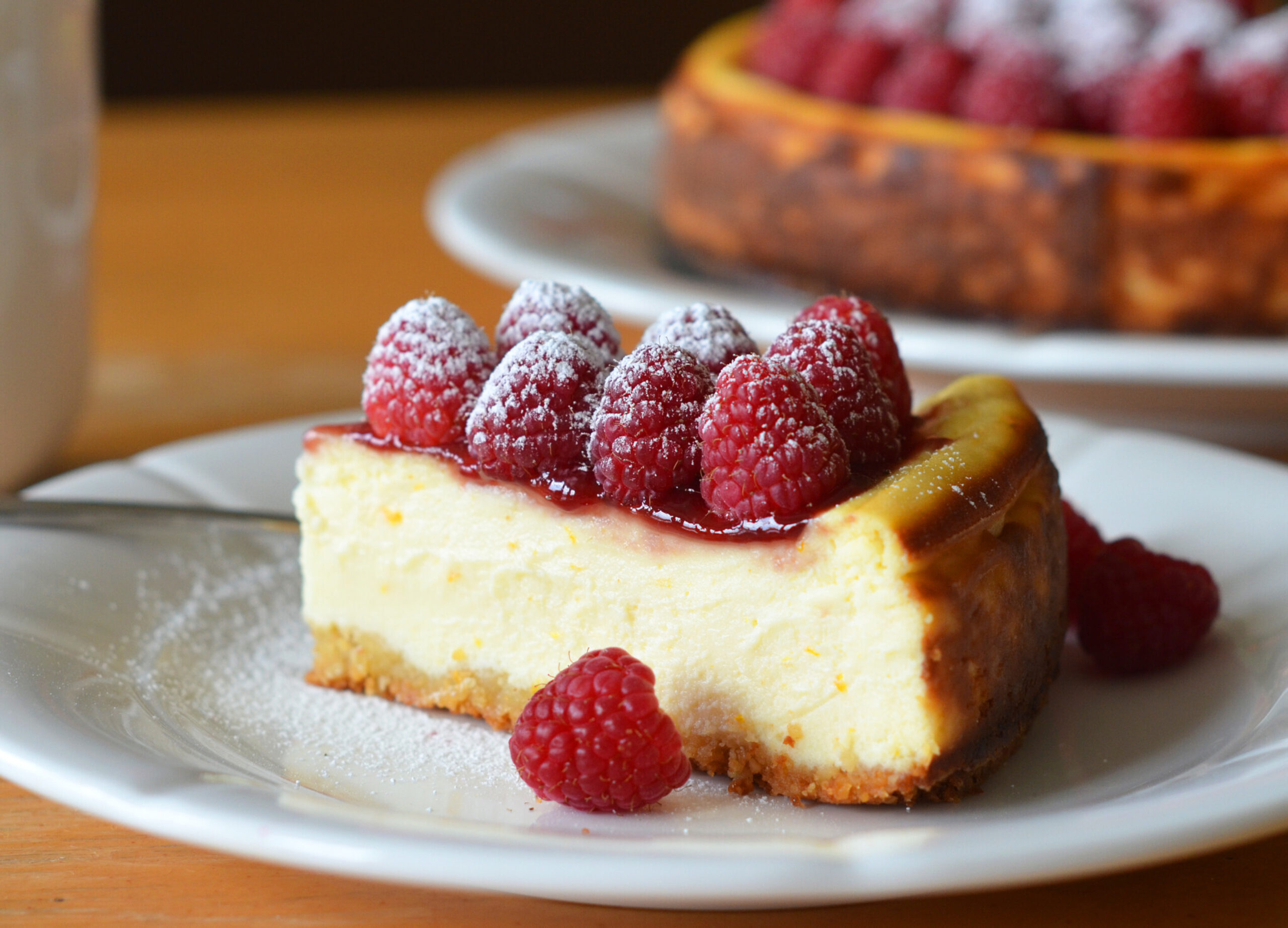 If you ask any person, who grew up in a post-Soviet country, and ask what the food was like in your school or kindergarten, the most likely answer will be the mention of Zapekanka. For this reason, one of my main childhood memories (as a person who spent 3 years in the Belarusian kindergarden and 9 years in the Belarusian school) is Zapekanka. This is a real taste that takes me back to a carefree childhood and a smell that returns me to my very dear walls. 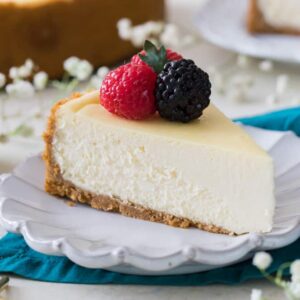 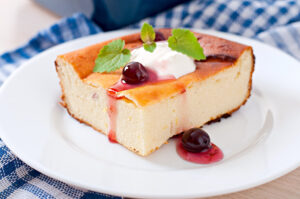 After moving to New York, for the first time I tried and fell in love with the New York Cheesecake dessert, famous for all Americans and around the world. I thought for a long time about what caused me such sympathy and came to the conclusion that Cheesecake somehow reminds me personally of Zapekanka from my childhood. I decided to study the recipe, history, and ways of eating these dishes. To answer the question can Zapekanka be considered a Russian relative of Cheesecake? 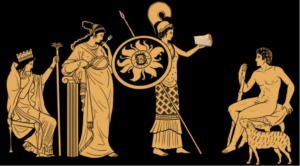 Cheesecake has a very long history. The first evidence of the possibility of its existence was found by anthropologists on the Greek island of Samos. Cheese molds dated to about 2000 BC have been excavated there. In Greece, Cheesecake was highly valued, prepared for weddings, and given to athletes during the Olympics from the very first in 776 BC. Later, Rome, which conquered Greece, took the Cheesecake recipe as one of the trophies of victory, added eggs, and shredded cheese to the recipe, and named it “libuma”. As the Roman Empire expanded, the knowledge about Cheesecake too. In the first cookbook published in 1546, we can officially hear about it as a flour-based sweet food. But it wasn’t until the 18th century that Cheesecake began to resemble what we imagine when we hear about it, due to the start of Europeans using beaten eggs instead of yeast to raise the dough. And of course, with some Europeans moving to the US, they took over the recipes of their culture. Later in 1929, Arnold Reben, owner of the legendary New York Turf restaurant on 49th and Broadway, announced that his family had created a cream cheese pie recipe. This is a long story of the origins of perhaps the most popular variation of the New York Cheesecake. 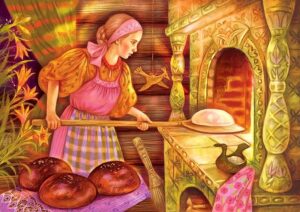 Zapekanka. With the advent of cottage cheese in Russia, people immediately began to cook casseroles from it, but this dish is closely associated with French cuisine with its roots. It was there that one culinary specialist came up with the idea to collect in one dish what was left after dinner, pour it all over with beaten eggs and milk, and put it in the oven. The Russian nobility tasted this dish only in the 18th century when it became fashionable to borrow many mores and recipes from Europeans. This dish may be in different variations and with different fillings, but the most popular option in the countries of the post-Soviet countries is the cottage cheese casserole, which makes this dish look like a dessert. Each country has its own recipe and many varieties: cottage cheese, fruit, fish, meat, pasta, vegetables. In England it’s pudding, in Italy it’s lasagna, in the French it’s gratin, and all this can be called in one word – casserole. The ease of preparation and variety of this dish makes it popular all over the world.

It turns out that the history of Cheesecake and Zapekanka denies the possibility of their relationship. Cheesecake has always been perceived as a dessert and was introduced with the advent of cheese, while Zapekanka is a Russian variation of an experimental baked dish based on cottage cheese.

One more important aspect that can unite dishes can be the composition and method of preparation, the recipe.

Ingredients for Zapekanka (simplest version)
Curd 300 g
Egg 1 pc.
Milk 60 ml
Semolina 30 g (1 tablespoon with a slide)
Sugar 1.5 tbsp. spoons
Salt 1 pinchButter (for greasing the mold)
1 teaspoon
The ingredients are mixed and baked in the oven for 40-45 minutes at a temperature of 200 degrees.

Cheesecake Ingredients (easiest version)
Shortbread cookies 300 g
Butter 100 g
Cream cheese 600 g
Sugar 150 g
Eggs 3 pcs.
Cream 30-35% 200 ml
Cookies are laid out as a base, the rest of the ingredients are mixed and everything is baked together in the oven. At the beginning at a temperature of 200 degrees 15 minutes and then at a temperature of 110 degrees 1 hour 20 – 1 hour 30 minutes. Also, to achieve the texture, you need to put a container of water on the bottom of the oven.

Thus, in terms of ingredients, the two dishes have different main ingredients, which negates their similarity. One might think that there is a convergence that two dishes are cooked in the oven and end up with a similar appearance, but even in this dimension, the preparation of Cheesecake is more complex, which makes it a more refined and valuable dessert. Because of these differences, the occasions for which dishes are consumed also differ. Even from my childhood memories, Zapekanka is something that was cooked for breakfast at school or for use at home. Fast, tasty, and healthy. While Cheesecake takes too much time, so it is either prepared with a lot of free time for some holiday or bought in the store also before the event or as a dessert.

As a result, having studied the history and recipes, the conclusion is that Zapekanka cannot be described as a Russian variation of Cheesecake. As the Russian people say, “These are dishes from a different opera” which means that they are very different.

But what if you’re a huge Cheesecake lover and tired of the regular New York Cheesecake?
You are lucky because Cheesecake has a large number of European relatives. It’s hard to list them all, so here are a few examples. 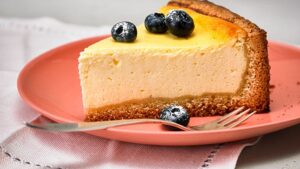 Instead of cream cheese, the filling of käsekuchen is made from fresh young cheese with a little curd. Traditionally, it is baked in a dough basket, but over time, biscuits have also been used. The German Cheesecake is characterized by a light, fluffy texture. Its history of origin dates to BC, but the dessert began to become especially popular in the 17th century, and Austrians eat a similar cake known as topfenkuchen. 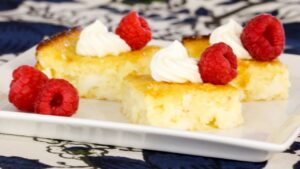 A feature of this version is the use of rennet and milk to create a small curd, which in a pinch can be replaced with regular curd. Further, the usual cream, sugar, eggs, almonds, and bitter almonds are added to the dough, which is then baked without a crust, topped with whipped cream and jam, and always served warm. The earliest mention of this dessert dates back to 1538 when this Cheesecake appeared on Bishop Linkoping’s New Year’s Eve. At the time, this dessert was seen as a status symbol. 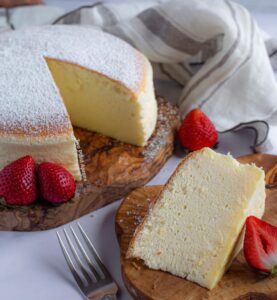 The egg whites and yolks are beaten separately like a biscuit and cooked in a water bath, which helps the texture resemble a tender soufflé. The history of Japanese cheesecake began with the fact that after the Second World War, American soldiers brought not only cheese, which was not popular in Japan at that time, but also a dish that could be prepared from it. However, Cheesecake was still not popular in Japan until Tomotaro Kuzuno was introduced to käsekuchen (German cheesecake) during his trip to Berlin in 1969. 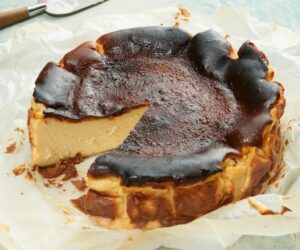 The difference is that San Millan cream cheese is a slightly saltier version than the popular Philadelphia brand. Also, all baking takes place in a shorter time and at a high temperature. This creates a tender, melted middle and a dark, bittersweet and caramelized surface. This version is then chilled in the refrigerator for several hours before serving. This dessert variant was invented and popularized by Santiago Rivera in 1970 in San Sebastian from a pintxos bar called La Viña. 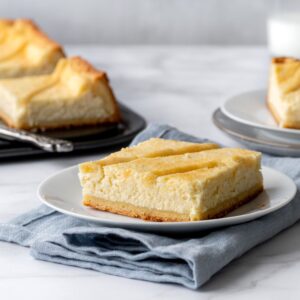 The recipe is similar to a regular Cheesecake, the difference is that it uses fresh cream cheese with a light and slightly grainy texture and often includes additional toppings such as raisins, chocolate or fruit. In this case, you can see the similarity with the Russian Zapekanka. History connects Christian and Jewish traditions. Most believe that Sernik originated in the 17th century when King Jan III Sobieski brought the recipe home after defeating the Turks at the Battle of Vienna in 1683. 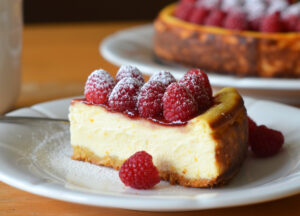 As you might guess, the distinguishing feature is the use of ricotta cheese and / or mascarone, which is why it is often called ricotta cheesecake. This cheese has a drier and slightly grainy texture, but is sometimes mixed with milk for a creamier texture. Traditionally in the past, it was made from honey, ricotta and flour and made into bread for baking. Also, due to the low sweetness of this dessert option, bay leaves are sometimes added. His story is pointless to tell since the original history of Cheesecake as a whole has its origins in the Roman Empire.

Based on all these examples, we can conclude that anyone can find a Cheesecake to their taste and experience the culture of the country in this sweet way. And if you want to try Zapekanka, then you will not be able to put a tick on the world map of tried Cheesecake options, but you will be able to get a taste of the childhood of millions of people from the post-Soviet space.