The English Department bestows annual teaching awards in honor of two distinct Baruch faculty — Barbara Reich Gluck and Ellen Lask. The Barbara Reich Gluck Teaching Excellence Award is given to three English Department faculty — one full-time, one adjunct teaching in the Writing program, and one adjunct teaching in the Great Works program. The Ellen Lask Teaching Excellence Award is given to an adjunct faculty member teaching first-year writing and/or ESL/ELL. A third prize, added in 2022, recognizes teaching excellence by a Graduate Teaching Fellow. 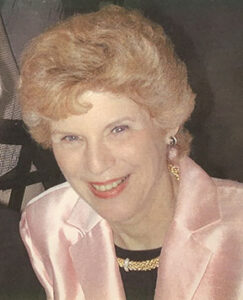 She spent one term at Johns Hopkins specializing on Faulkner, but completed her doctoral studies under Professor J. Tyndall at Columbia University. Her doctoral thesis on the influences of James Joyce on Samuel Beckett and vice versa — Beckett was Joyce’s secretary — was published at Bucknell University Press. Barbara was Associate Professor and Assistant Chair of the English Department at Baruch College for more than 25 years.

At Baruch, she headed the Curriculum Department and earned the Best Teacher award several times. She was a champion of exceptional students and teachers who were talented in literature. In her honor, Barbara’s family continues her legacy by dedicating an annual gift to recognize gifted incoming and experienced teachers in the Baruch English Department. Barbara taught until December 20, 2013, and died on January 14, 2014. At the time of her passing, there were two memorial dedications recognizing her contributions CUNY’s faculty and student body. 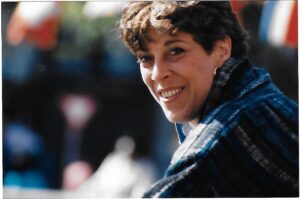 Ellen Lask taught in the English Department at Baruch College on and off from 1979–2019. She was an expert writer, editor, and translator, skilled at interpreting information, articulating ideas, and producing clear, informative, balanced, and persuasive material on a range of subjects for diverse audiences.

She was a self-starter with a proven record of initiating and developing stories, pursuing leads, fulfilling assignments, participating in collaborative projects, performing in-depth research, and elucidating complex issues for the specialist as well as the general reader. She was a citizen of the world, intensely interested in people, language, and culture. As a journalist, she lived for long stretches in Rome, Florence, and London, reporting on energy sources and innovation, architecture and large project construction. She was fluent in Italian with a working knowledge of French and Spanish.

No archives to show.