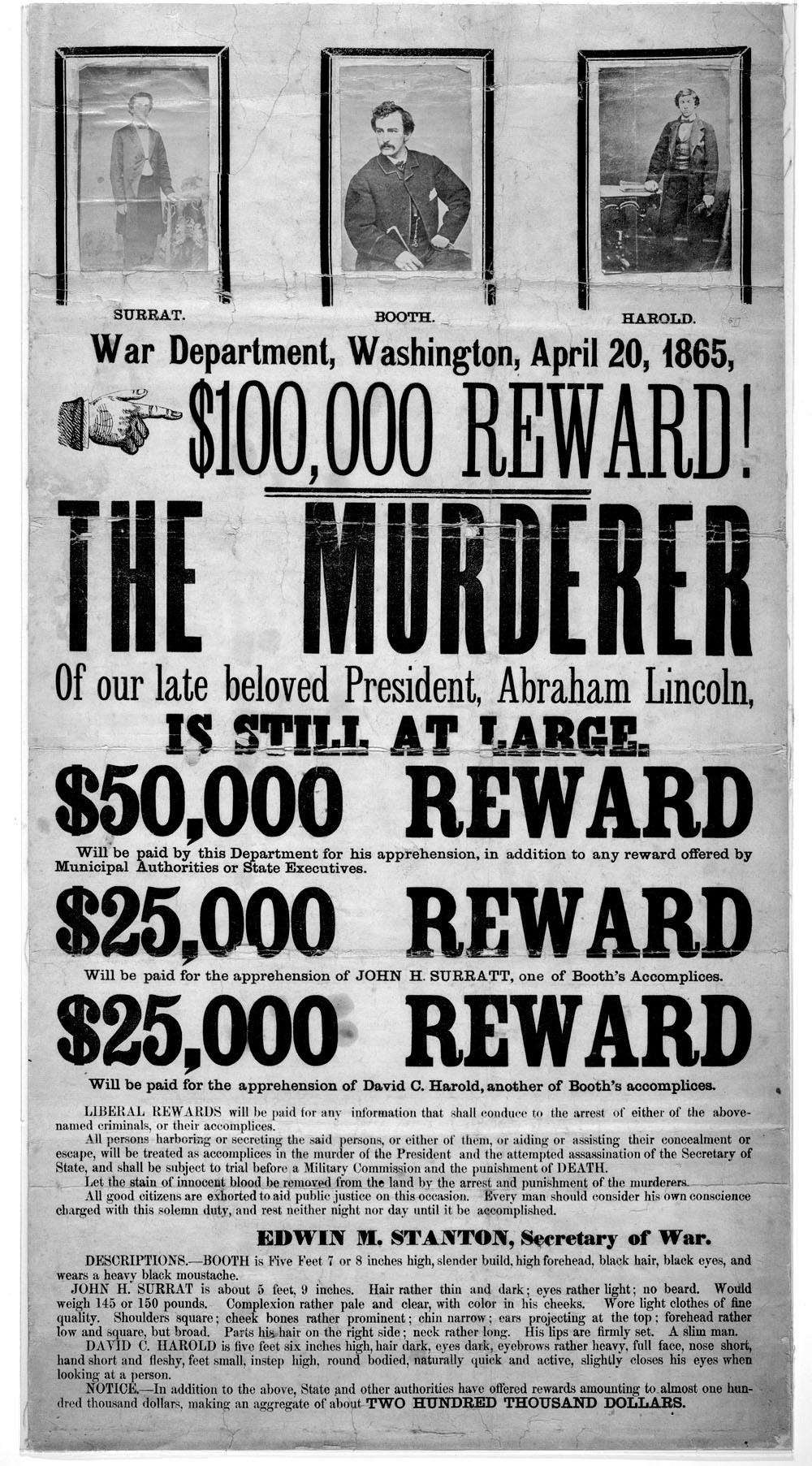 It’s critical to keep the public informed of crimes occurring in their community, regardless of the time period. The public would be made aware of current happenings if wanted posters were used, either physically or electronically.

A wanted poster is a poster that is distributed to the general public to inform them of a person who authorities are looking for. Because of its format, the poster grabs the attention of the viewer. In addition, due to the lack of space around the text and its size, the reader would gaze at the large “Wanted!” notice first if the poster is hung at eye level. Moreover, due to the color contrast, the reader’s eyes will be pulled to the text at the lower half of the poster. The major notion of the poster is presented to the reader after they look at those first two elements, which is why “For Murder” is written in a smaller font and given less room and attention than the other aspects. The image or drawing of the perpetrator would be placed in the center to show who committed the crime, making it easier for the public to recognize who they should be on the lookout for.

A description of the wanted person(s) and the crime(s) for which they are pursued for is frequently included on the poster. For example, the poster could include the criminal’s characteristics such as height, weight, and scars or tattoos and the clothing they wore while performing the crime. A monetary reward is usually offered to whoever finds and brings the wanted criminal listed on the poster to the authorities. If a citizen has information about the suspected person, the poster will usually include a method on how to contact the law enforcement agency trying to find the perpetrator. Wanted posters are frequently created by police departments and other government agencies for public display, places people frequent. Many wanted posters can now be found on the internet rather than a physical version since most citizens have access to an electronic device. Many people referred to these posters as reward posters due to the monetary reward.

Wanted posters appeal to the reader in a variety of ways. These posters, for example, incorporate pathos and logos. For starters, it appeals to the reader’s pathos by appealing to their fear for their own safety. If the viewer does not have access to television, the poster allows them to stay up to date on current events. Furthermore, informing the reader that they may be harmed encourages them to be more cautious. The fugitive would also feel more strain or tension as he or she becomes aware of the increasing attention. As a result of the psychological impact of being named to the public, a number of fugitives have turned themselves in for arrest.

Furthermore, once a reader reads the material on the poster, their appeal to logos is demonstrated. After the reader has processed the first jolt of information, they start to think about what was mentioned. The reader will most likely associate the poster’s statements with what they have learned about the subject from newspapers and broadcasts. As a result, a wanted poster can be a valuable tool in the search for a fugitive. It allows law enforcement to alert the public to the wanted person’s whereabouts, increasing the number of eyes on the criminal and making it more difficult for them to flee without being seen.

Overall, wanted posters provide a wealth of information that aids the public and law enforcement in catching the criminal. Though it is densely packed with information, it also contains certain subtle and minor nuances that a brief scan will not convey. These posters are designed to apprehend the perpetrator as quickly as possible in order to decrease the number of crimes they may commit and to raise the level of surveillance in the region.