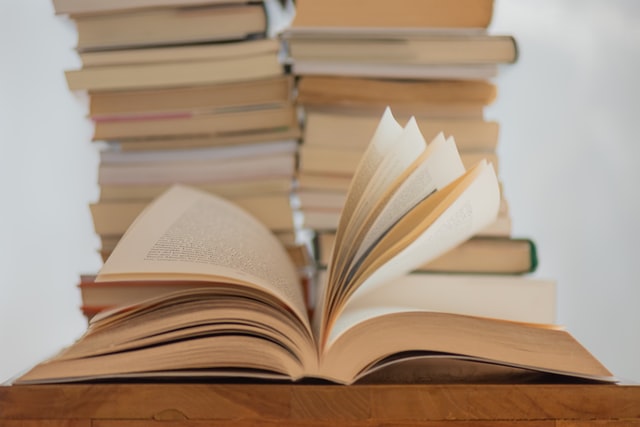 Eva Chou’s co-authored article (with Lee G. K. Singh) has been accepted for publication by Dance Research: The Journal of Dance Research Society, University of Edinburgh. The 17,500-word article is titled “The Establishment of Beijing Dance School in the First-Hand Report of Soviet Specialist O. A. Il’ina​: Introduction, Translation, Notes.”

Ian Ross Singleton was interviewed in Fiction Writers Review about his debut novel. He also published a review of Crazy Sorrow by Vince Passaro in The Los Angeles Review of Books and two translations from the Russian poetry of Marina Eskina in EastWest Literary Forum.

Rafael Walker published an essay on Rebecca Hall’s recent cinematic adaptation of Nella Larsen’s 1929 novel Passing. The essay appears in Modernism/modernity Print Plus’s Visualities Forum. He also published a short essay in The Chronicle of Higher Education, on the responsibility of graduate advisors to their students on the job market.

Eva Chou delivered a paper entitled “A Centennial Portrait: Ballets Performed in 2021 for the 100th Year of the Chinese Communist Party’s Founding” at the New England Conference of the Association for Asian Studies ​at Harvard University on December 6.

Peter Hitchcock delivered a Works-in-Progress talk, “Graphic Ideas of the Commune,” in the department on December 2. 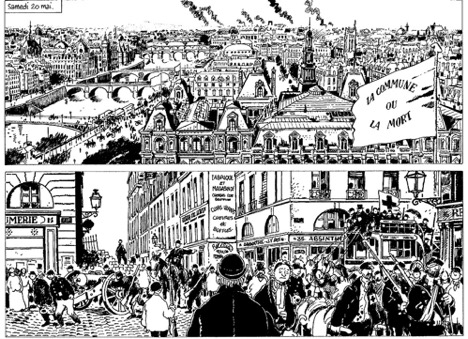 Brooke Schreiber presented a guest lecture for the Department of Linguistics at San Diego State University on November 12 entitled “Translingualism in the L2 Writing Classroom.”

Jessica Lang has been named dean of the Weissman School of Arts and Sciences after serving as interim dean for 16 months. Congratulations, Dean Lang!

Erica Richardson has been awarded one of two Provost’s Innovation Seed Grants for “Black Life Futures: African Social Research and Diaspora Black Ecologies,” an interdisciplinary project that she will curate with contributions from faculty members across Weissman and Marxe.

English major Sable Gravesandy and alumna Anacaona Rodriguez Martinez, who are both interning at The New York Review of Books, recently earned a double byline in NYRB for an interview with the novelist Ed Park. “Our Harman interns are doing us proud over there,” said Harman Program director Esther Allen, who coordinates the NYRB internships for Baruch students. You can read more about the Harman-NYRB publishing pipeline here. 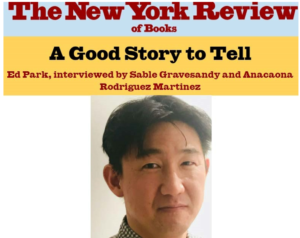 Jonathon Appels, an instructor in the department’s Great Works program, passed away on Sunday, December 5. His husband David LaMarche wrote to the department to let us know and to submit Jonathon’s grades, which he had calculated before passing.

Jonathon started teaching Great Works in 2011, but he had worked as an instructor at Baruch for many years before that, both in English and in theater. He was multi-talented; in addition to his teaching, he worked in theater and dance as a choreographer. He also organized art exhibitions. At Baruch, he was a passionately dedicated and inspiring teacher. His husband noted that he absolutely loved teaching at Baruch and that it was one of his most gratifying jobs. Jonathon also taught at Rutgers, Columbia, and Fordham, and had a huge impact on students all around the NYC area. His scholarship focused on the influence of the phenomenological philosophers Husserl and Merleau-Ponty.

December 28. Final grades are due.

Happy holidays, everyone. Keep the news coming. The deadline for the next newsletter is February 1.

Featured photo by Elisa Calvet B. on Unsplash.