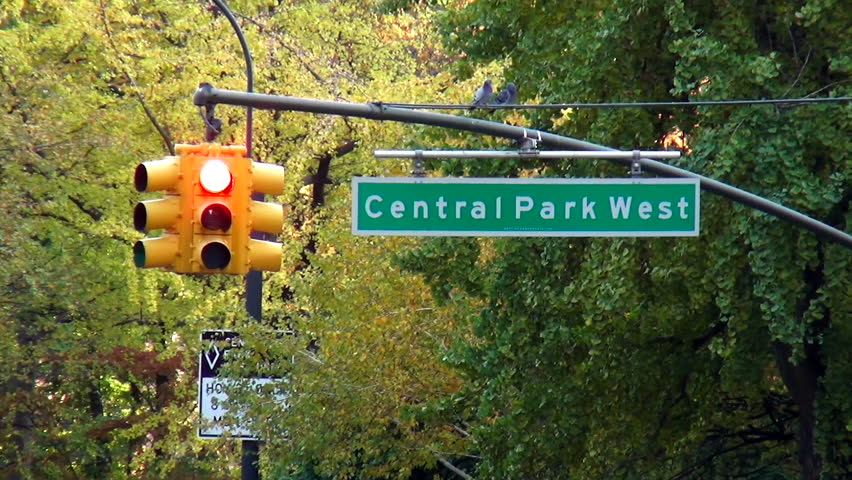 Almost every New Yorker has been in here before or has at least heard of this area. Central Park, the biggest park in Manhattan that cuts right through the middle starting from 59th street to 110th street and from 5th ave to 8th ave(CentralPark.com), is a beautiful sight to see and an amazing spot to see people from all over the world, including the infamous tourists all over the city. This park can also be one of the most diverse parks in the state, being how large it is and how many different people may visit the park every day. Although, this park does share a universal language for everybody to attempt to understand and that brings everyone together. The use of these signs allow for people to know what is happening and even shed insight on the park itself which is also very interesting. The park is more than just a park though, including things such as a zoo, which has been around since 1861 and has three major biomes to look at while visiting, as said on the central park zoo website(Centralparkzoo.com). Central Parks signs also show many different themes as you traverse the park. Image 1: One of the four entrances to the famous central park Image 2: Some information for new visitors who would like a tour of the Park Image 4: Some rules and regulations set up by the park for the people Image 5: A bench that has been dedicated to someone special through a small metal engraving Image 6: Another regulation given by the law in order to keep the park clean Image 8: A short quote to give some insight on the beauty and fun of the park itself Image 9: A large scale map of the park, allowing for people to see where they are heading next Image 10: A smaller map of the specific area, along with a small scavenger hunt description for a special tree Image 11: Another small quote speaking about the park and its amazing areas Image 12: A sign prohibiting the continuation on this park’s path beyond this point

The first sign I presented sheds light on the specific entrance to the park. Being that there is so much ground to cover within the park, it is split up into 4 entrances; Central Park South, North, East and West. Also, according to Wikipedia, the park “is the fifth-largest park in the city by area, covering 843 acres” (Par. 1) and the zoo standing for 7 of these acres. I entered through the west side as depicted in my photo and continued through until I hit Central Park North. Also, Image 2 was very interesting, as it seemed to have more information for tourists of the park or people who were new to the park as well. It speaks about an official tour of the park which could also seem interesting to those who have not seen the park entirely.

Both of these signs allow people to feel comfortable with entering the park knowing where they are and if they need help, they can ask for it. It allows people to feel welcome and ready to explore the park for all it has to offer. It’s easy to walk in to the park and once you walk in, this is one of the first things to see. It’s perfect for those who love sightseeing and a nice explanation of the areas they see.

Images 4, 6 and 12 all have to do with rules and regulations of the park that people must follow and are strictly for helping the park such as lawns closing at certain times or not riding any bikes or skateboards through the area people walk and even closing certain paths off to make way for construction. Laws that are placed within the parks make it safer for the people who want to enjoy their time at the park and just relax and have fun. Without rules, who’s to say what goes and what doesn’t?

The 5th image shows an interesting engraving of words that a person dedicated to another on a bench back in 2012. It is a very sweet way for a person to express gratitude or care towards another and definitely gives each bench its own story. Also, images 8 and 11 have very unique and thankful quotes towards the park itself and its beauty. For example, Image 8’s says “Being outside and listening to the birds sing, I want to spend my life working in the park” and 11 says “The park has and always will be where I find my calm within the chaos of NYC”. This goes to show that this park is more than just a place where people would want to hang out. Central Park is a place where anybody can walk in and either have their moment of peace or have their fun times with friends or even walk through and enjoy the sights on a warm spring day.

My initial reaction to seeing the bench was “wow, that’s sweet”, and the same with the quotes. Those quotes give people a feeling similar to that respective quote in my opinion. The park allowing people to share their words or quotes about those that they care about is very original and allows for small and possibly meaningful interactions while walking through. Quotes about the park as well bring meaning to the time you may spend at the park because it shows other people’s perspectives on what the park is to them and allows for some insight on a point of view of the park that we may not have seen before. To add on, image 7 tells those who walk through the park to share their experience to the community and allow others to see how pretty the views are all around. This can also tie in to the idea of one’s point of view being able to alter another’s way of seeing the park.

Finding a Way with Fun

The 9th image shows a map of the entire park from top to bottom while the 10th shows a small map of the tree walks area which is called “East Meadow Tree Walk”. The 10th image also shows a small scavenger hunt for an American Elm Plaque on a tree of that species to find. This adds fun to the park and allows people to interact more with the park in a unique special way. Sometimes, you may walk in with an intention to go to a certain area or sometimes you may want to explore and looking for different landmarks in certain places of the park make for some enjoyable activities if you are interested.

To conclude my study, the most common theme in these specific signs are that they are all written in English, the most common language in New York. To add on, another common theme between each sign is that it helps people come together and experience the beauty of the park and its special features. These signs also help share the love of the park with others who have not visited, making the park more known and appreciated. When I had walked through the park itself, I found many people of different ethnicities walking around and enjoying their time and taking photos of the areas that they visited. Some were even reading the same signs I had taken pictures of and they mainly were in groups having fun. Places such as parks allow people to come together and enjoy their time while throwing up these signs to help understand more of the park and the reason as to why so many love to visit the park. It’s a special place to enjoy which brings me to my last theme as I explained in the last few sentences: These signs all make the experience of walking through this beautiful park even more enjoyable. The ability to just walk through different entrances and to see as much as you can of the park in one go without getting tired, or the songs of the birds as explained in the quote earlier. Even the scavenger hunt for trees or just sitting down enjoying the breeze next to a small quote or memorial for someone on a bench. It’s all a way to just understand the park and how it has made a good experience for many people.