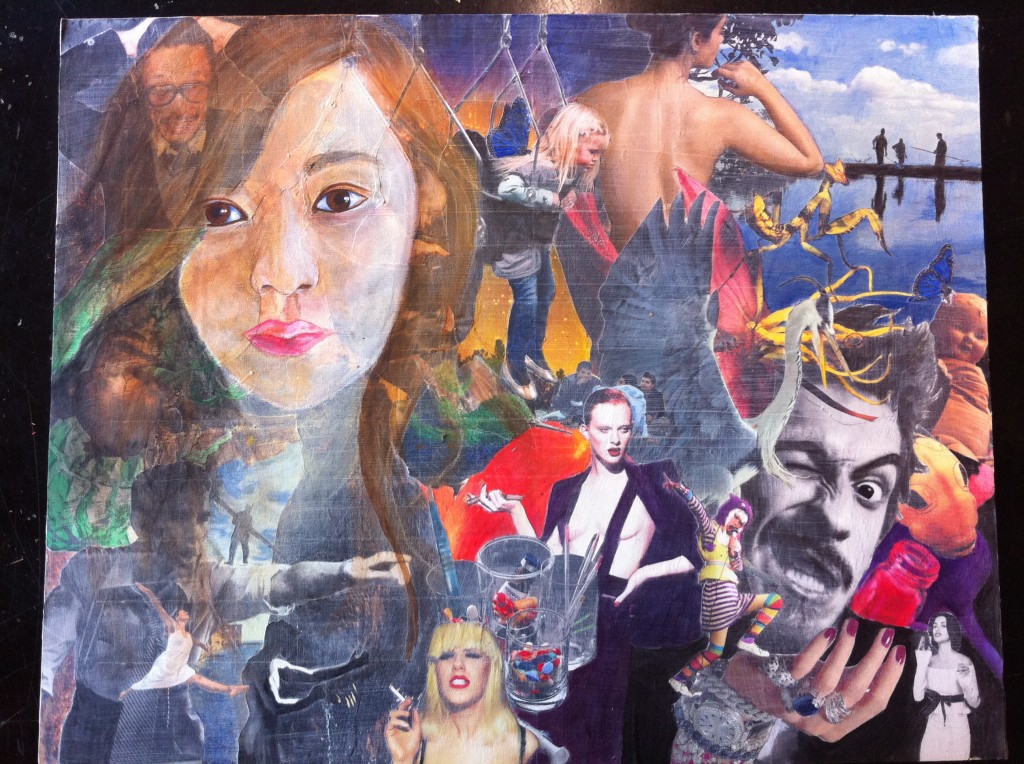 Personally, I don’t really see the point of this assignment. this isn’t speech communications class or a theatre class. This is freshman seminar. I understand that this will help our communication skills but I thought that was the purpose of a speech communication class not freshman seminar. Before stepping into the classroom, I thought this class would be enjoyable. However, it has been rather boring and irritating. Boring because this class is very similar to a lecture. Majority of the time we sit and take in the information you give us. I find this class irritating because I dread the free writes. They are very forced and personal. Why are we forced to these assignments? If you want to get to know me, talk to me. With that being said, there is no need for me to go on.

Posted in Uncategorized | Comments Off on monologue

Personally, I found the trip to the Sydney Museum very pointless and meaningless. there was nothing interesting about it, not even the artwork. Half of the pieces made no sense, and I was disappointed at how few pieces there actually were, though I guess that gave the exhibition a sense of exclusivity. The only thing I liked about the museum was the fact that students and professors were the only artists displayed in the gallery. This shows that even though they may not be famous, people still have an opportunity to display their artwork. But overall, the museum was not a good experience, I am sorry to say. I think that if the pieces had some explanation to them it would have been better.

I went to Rubin Museum by myself. This may be the reason why I was scared when I was walking in the museum. There was a canteen. After I went upstairs, there were so many golden buddha and they look scary. On the third floor, it is almost the same with the second floor. When I went up to fourth floor, I was scared by a women showed on a wall who was singing some buddhist songs. Her eyes made me feel uncomfortable. On the fifth floor, there were some protraits. Basically, there were so many people in one picture. The sixth floor is the darkest floor, I just looked around and leave that floor immediately cause there was no one with me. To conclude, the images showed in the museum were quite scary if you go there by yourself only. However, this would be a very good chance for you to learn some Hindu culture.

Posted in Uncategorized | Comments Off on Rubin Museum

Posted on November 21, 2010 by nicholas.capasso

I visited the Sydney Gallery last Tuesday and it was interesting event.  The art was weird, most of the people were naked. Also, a lot of the art was made out of shapes. I found the art very plain and nothing exciting. The people that were their didn’t really show me around and the lady was just on the phone ignoring everyone.It could have been better if the people showed us around and explained things but they didn’t.

If I had a choice I’d probably go to the Rubin Museum instead but I was to lazy to travel.

Posted in Uncategorized | Comments Off on Sydney Gallery

Visiting the Rubin Museum was a unique and interesting experience.  It informed me about the culture of the Himalayas.  Seeing various samples of Himalayan art made me form a better understanding of the Buddhist and Hindu culture.  Two pieces of art stood out to me the most.  The first was the Tibetan Shrine Room.  It was absolutely gorgeous and allowed me to appreciate Tibetan’s religious culture better than if I just read about it. The sculptures of various deities in Himalayan culture were very interesting as well because as I read the description I was able to compare these deities to religious figures that are significant to my religion as a Catholic.

Posted in Uncategorized | Comments Off on Rubin Museum of Art

Posted in Uncategorized | Comments Off on rubin museum

This was really weird. Some of the paintings were really weird. I remember one of them was a painting of a woman or a man with really big man boobs sitting in a wheelchair. There were also a lot of paintings of naked men and women, giving me the impression that these artists were either weird as hell or just perverted. All of the paintings seemed the exact same to me, and they weren’t all that interesting. In fact I remember only seeing a few paintings that actually had color in them, real talk. However, it was free and close to school so I can’t complain all that much.

Posted in Museum Blog | Comments Off on Sidney Gallery

I have to admit, I did not really pay attention. Sitting on the balcony was hard enough to comprehend what the speakers at the panel were saying but to have Lily next to me was the ultimate strike. While fooling around with stupid games on cellphones and paper and making fun of people, I was able to pick up on some things that Charles Li have said. He mentioned about family and self identity. I can’t say I can relate to him but I know where he is coming from. The burden his father put on him and such.

Posted in Uncategorized | Comments Off on Charles Li

This workshop was very beneficial…. to be who don’t know how to write a resume. Unfortunately I already knew what a student resume could look like and how to conduct oneself in a interview. I was sitting there trying to occupy myself with games of MASH and minimal chit-chat with classmates. I feel like that the fact that I’ve had presentation such as this one given in high school made me feel there was no need for me to pay attention. From tuning in and out of the workshop I was apply to grasp on the fact that we should not be heavy scent for our interviewer might be allergic – it is better to not smell like rancid or blossom with sweetness but to be neutral.

Posted in Uncategorized | Comments Off on Career Workshop

I am very disappointed because I came to the gallery thinking it would have student and recent works, however; it had works from decades ago. The main exhibition, if I recall correctly, it’s called Search for the Real, drawings by Hans Hofmann and his students. His students from when? 10 years ago? The drawings weren’t even that impressing. Most of the works were charcoal and didn’t really spark my interest. But then again, I not used to see abstract drawings. One of the drawings that was up in the gallery was by the artist Robert Fisher, the artist passed away in 2007. This just shows how old the works were and how deceived I was.

Posted in Uncategorized | Comments Off on Sidney Mishkin Gallery