In the early 1970s the bottle-feeding and the rate of infant diseases and deaths was brought to public attention. First, the New Internationalist published the article on Nestlé’s marketing practices in 1973, called “Babies Mean Business”, which described in brutal details how the company’s baby formula negatively affected mothers and their infants in the Third World countries. In 1974 War On Want, anti-poverty charity and organization based in London, published a booklet ”The Baby Killer” which increased awareness of the importance of the existing problem related to the company’s unethical ways of marketing the baby formula (Business Insider). 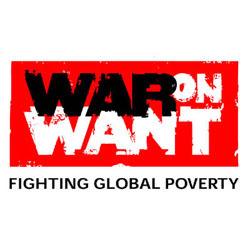 The issue brought even more extreme public attention when in May of 1974 the Third World Action Group (TWAG) translated the War On Want’s booklet “The Baby Killer” into German in Switzerland and published a 32-page version  with a new title “Nestlé Totet Babys” (“Nestlé Kills Babies”). Nestlé had a fast response to this event and decided to sue the publisher of a German-language translation of War on Want.  The multinational corporation did not want to accept the allegations.  After a two-year trial, in 1976 the court found in favor of Nestlé because they could not be held responsible for the infant deaths in terms of criminal law. The defendants were only fined 300 Swiss Francs (if adjusted to inflation, over US$400). The judge found the 30 members of TWAG guilty of libel.

All in all, Nestlé did win its lawsuit but they lost their public relations battle at the same time. At the end of the Trial, the judge urged Nestlé to “modify its publicity methods and advertising practices fundamentally”. Time Magazine declared this as a “moral victory” for consumers (Business Insider). 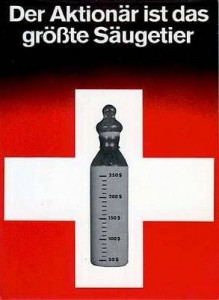 The first Nestlé boycott in 1977 has been led by Infant Formula Action Coalition (INFACT) and had a large negative impact on Nestlé’s revenues. Their products were boycotted in the U.S. to end the promotion of the infant formula. Soon it spread to France, Finland and Norway and many other countries. The boycott campaigners set a goal to improve total infant nutrition and health of babies throughout the Third World countries as well as to resolve this issue on a global basis.

The boycott against Nestlé’s products and the infant formula manufacturers generated the largest support of the consumer movement in North America, and its impact has still been felt in the industry around the world. The Nestlé boycott has been lasting for 7 years in 65 countries and ended in 1984 after the world’s leading organizations took a variety of restrictive actions against Nestlé. The company lost more than $5.8 million in revenues. 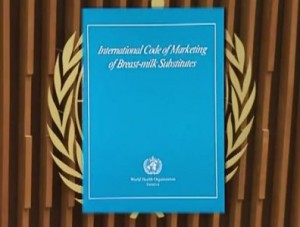 In 1978 Senator Edward Kennedy held a series of U.S. Senate Hearings on the industry’s unethical marketing practices which much further damaged Nestlé’s reputation and suggested the need for international consensus. Senator Kennedy asked the World Health Organization (WHO) to conduct a series of hearings about the infant health and nutrition, and have an international conference to address all the issues related to the baby formula scandal.

One of the problems which Nestlé also encountered was related to a bunch of disagreements which existed between the governments and citizen groups, health and legal experts and the industry manufactures such as, for example, differences in the advertising and promotional approach, health service support, the cost of samples and supplies.

During the 1978 Hearings at the Congress, a Nestlé manager claimed that the boycott and the campaign against the infant formula companies were an “attack on the free world’s economic system,” led by “a worldwide church organization with the stated purpose of undermining the free enterprise system” (Food Politics). He relied on the fact that so many Church Groups (United Methodist Church, the Methodist Task Force etc.) took an active part in the boycott while investigating the issue. This action was a wrong conduct from the side on the management of the company and made Nestlé look even worse in the eyes of the public worldwide and also from the prospective of the company’s public relations.

Nestlé top executives went to Dayton, Ohio, for a meeting with the leaders of the Methodist Task Force, and thereafter, the company announced its official agreement to follow the WHO code.  By 1981, the 34th World Health Assembly had adopted Resolution WHA34.22, which included the International Code of Marketing Breast-Milk Substitutes. The code stated that baby food companies may not promote the products in hospitals, shops or the general public and also give free samples and misleading information to mothers. In 1984, boycott coordinators met with Nestlé, which agreed to implement the code, and the boycott was officially suspended.

Shortly after, Nestlé prepared a “Statement of Understanding” aimed at ending the boycott. The company offered to donate more than $1 million to the Save the Children Fund and convince the Church, Education and Union groups to end the boycott participation. However, in 1988 a few activist groups again showed their concern that Nestlé did not completely comply with 1984 WHO code of rules and attempted to relaunch the boycott against Nestlé. The chief executives of the company took another plan of actions for Infant and Young Child feeding and invited the concerned parties to cooperate together. It was not until 1996 that Nestlé stopped providing health institutions with free supply of infant formula worldwide, although the practice was still “common” in some Middle East countries in accordance with government requests for free supplies. WHO and UNICEF announced actions taken in most developing countries to end infant-formula donations.

In 1993 Baby Milk Action launched another campaign against Nestlé and pointed out that the labels on some Nestlé products in Malawi were not written in the national language. In 1994 the Government of Malawi asked Nestlé to label products in the national language. Nestlé did not agree to take this action until four years later in 1997 after it has been requested and insisted by the shareholders (Case:”Nestle Infant Formula killing babies”).

In 1994 a new British booklet “Breaking the rules” has been published by the critics, however, Nestlé investigated the issue and claimed that it had no foundation and has already been corrected in the past (Baby Milk Action org.).

Current status of the boycott

In parallel with the boycott, campaigners work for implementation of the Code and Resolutions in legislation, and claim that 60 countries have now introduced laws implementing most or all of the provisions (Nestle Boycott Wikepedia).

”Nestlé baby milk scandal has grown up but not gone away”. The Guardian. 13 February 2013 <http://www.guardian.co.uk/sustainable-business/nestle-baby-milk-scandal-food-industry-standards>.

WHO Geneva. The International Code of Marketing Breast-Milk Substitutes. <http://www.who.int/nutrition/publications/code_english.pdf>.

5081190214609646
View all posts by Alona Chystyakova →
This entry was posted in MNE profile final, Uncategorized. Bookmark the permalink.