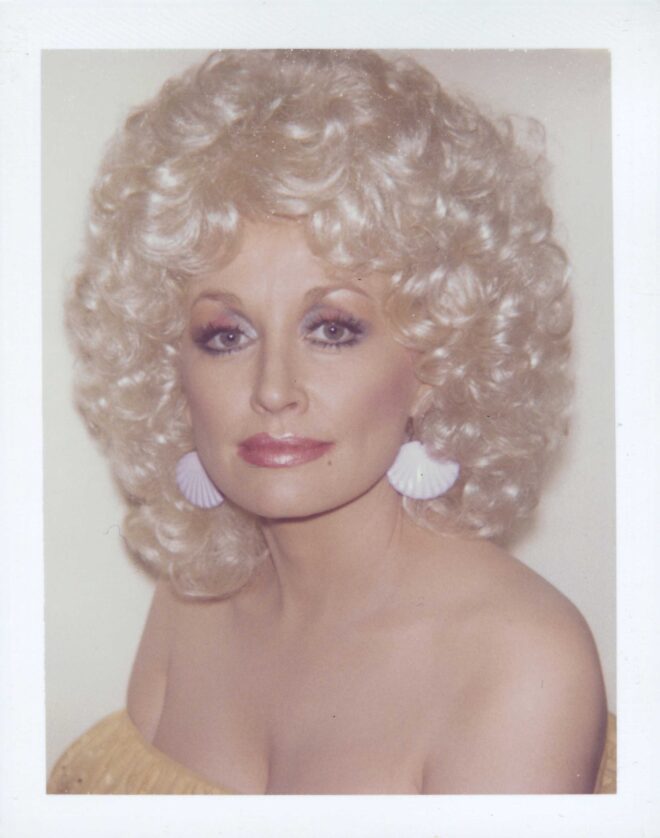 An iconic figure in twentieth-century art and culture, Andy Warhol was born Andrew Warhola, the son of working-class immigrants from Slovakia. He studied commercial art in Pittsburgh before moving to New York in 1949 and beginning a highly successful career as an advertising illustrator.  His artistic range included consumer products (Campbell’s soup cans) and movie stars (Marilyn Monroe, Elvis Presley)  Warhol was a fan of celebrity culture and beauty. It was said that Warhol was fascinated by Dolly Parton’s beauty and celebrity in this particular work. Dolly Rebecca Parton is an American singer, songwriter, multi-instrumentalist, actress, author, businesswoman, and humanitarian, known primarily for her work in country music. After achieving success as a songwriter for others, Parton made her album debut in 1967 with Hello, I’m Dolly, which led to success during the remainder of the 1960s.This photo of Dolly was taken in 1985 at the peak of her career. The work was first taken as a polaroid and then made into an acrylic paint and silkscreen ink on linen.

Instead of using discordant colors, Warhol chose a palette that was aligned with Dolly’s aesthetic; pastel, gentle and a bit of showy glamour.  The current market price for similar polaroid work can be offered at a starting price of $40,000.

This photo truly depicts Celebrity and Pop culture during the 80’s era.