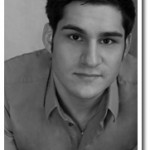 Daniel is a product of Public Schools- first of Deer Park, NY, then SUNY at New Paltz, NY, and now CUNY at Baruch. His areas of interest are equality, sustainability, food, the arts, and education. He leans left, but drinks V8 daily to correct it. 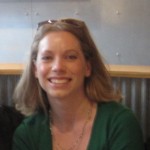 Jennifer graduated from Hunter College with a B.A. in Political Science. Prior to moving to New York City, she had been a long-time resident of Dallas, Texas, but was born and raised in Wisconsin. She enjoys rap music, ice hockey, and promoting the general well-being of others. The only way to get on her bad side is to be caught littering. 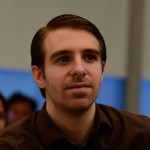 Sal has been described as a Puppy-Dog Romantic, a Stoic, an Absurdist, a Burkean, and even an Anarchical, Toilsome Evil-Doer. He has a penchant for whiskey, playing the harmonica, and growing his beard. 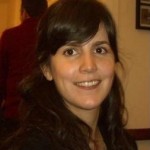 Carolina is a graduate from the Instituto Tecnológico y de Estudios Superiores de Monterrey, majoring in Finance. She worked for 4 years as an account executive at a Mexican bank, but never really loved her job until she joined the public sector. She began her new career as a budget analyst for the Mexican Institute for Adult Education, a federal government agency, and since then, her interests have led towards education and community development.

One year ago, Carolina left Mexico and resettle with her husband in New York. She began an internship for the New York State Spanish Bilingual Education Technical Assistance Center at New York University, helping them in several projects dealing with Spanish speaking English Language Learners. During that period, she joined a volunteer network that works with Mexican (and other Hispanic) immigrants. That collaboration consisted of launching an adult literacy program in Sunset Park, Brooklyn that is now running pretty well, and it is where Carolina is also a literacy tutor.

Currently, Carolina is a full-time student in the MPA program at Baruch College. Having started the program just this semester, she decided she wanted to take advantage of as much of the program as possible and everything Baruch has to offer. She joined SPAN to help her meet all the great people at Baruch and become an active participant in creating a strong public affairs student network.

Aside from school, Carolina loves yoga, cooking, walking around her neighborhood, and going to the movies, and she is not 60!

When not in the Newman Library or in class, Elyse spenders her time working as a woven designer for upholstery application, boxing in pink gloves, embroidering onesies for her etsy store and hanging with her husband. She does laundry, but not windows or floors.