The eastern border of New York City’s Central Park runs from East 58th street in the Upper East Side neighborhood to 110th street in the East Harlem area. The entrance into the park from the east side runs along 5th avenue, also known as Museum Mile, where several of New York City’s most famous landmarks and best museums can be found , including: The Metropolitan Museum of Art, Solomon R. Guggenheim Museum, The Africa Center, The Jewish Museum, Museum of the City of New York, Cooper-Hewitt, National Design Museum, Smithsonian Institution, National Academy Museum and School, all within a 20 block radius of each other, in uptown Manhattan!

El Museo De Barrio, located at 1230 5th avenue on 104th street, features the work of various Latin American and Puerto Rican artists from all around the United States.This educational gallery, located in East Harlem, preserves and pays homage to the art and culture originating from the traditions of Caribbean and Latin American culture. Its purpose, as mentioned on the museum’s ABOUT page on their website is to:

Enhance the sense of identity, self-esteem and self-knowledge of the Caribbean and Latin American peoples by educating them in their artistic heritage and bringing art and artists into their communities.

To provide an educational forum that promotes an appreciation and understanding of Caribbean and Latin American art and culture and its rich contribution to North America. (source).

The collection is not only aesthetically pleasing, but offers a deep understanding of the habitus and reflect the history and struggles of Latinos and Puerto Ricans assimilating into American society.

A MUSEUM IS A SCHOOL. Source.

The museum features two exhibits in the whole museum at a time, circulating throughout the year to feature various art contributed by an array of different artists revolving around a theme all the work on display have in common.

During my trip in mid December, 2014, I visited the museum for the first time, a long overdue trip I should have taken years ago as a lifetime resident of Spanish Harlem.

At the time of my visit, on the weekend of December 12, 2014, El Museo featured an artist named Marisol (Maria Sol Escobar), with her solo exhibition MARISOL: Sculptures and Works on Paper, the first solo exhibition the museum has ever featured, followed by an exhibit in the adjacent room named PLAYING WITH FIRE: Political Interventions, Dissident Acts, and Mischievous Actions.

Marisol Sol Escobar, born May 22, 1930 in Paris, France, is known for her large figured sculptures that bare meaning to women’s social roles, the social class system, and contemporary figures in the second half of the 20th century.

Marisol: Sculptures and Works on Paper is the museum’s first solo exhibition, and the first exhibit where Marisol’s sculptures are also displayed with her drawings and paintings.

Her art explores American life from many perspectives, including different races, classes, and genders using abstract figures and drawings in different styles of work such as pop art and minimalism.

In the room adjacent to the Marisol exhibition was PLAYING WITH FIRE: Political Interventions, Dissident Acts, and Mischievous Actions, exhibiting from September 6, 2014 – January 3, 2015. This exhibit featured a collection of work from a variety of different artist. All pieces are done on varying mediums, including pictures, paintings, and an entire wall of cardboard signs.

The theme that PLAYING WITH FIRE captured revolved around the political imbalance certain social classes and demographics faced in the late sixties, an era of social unrest and radical activism. Using art to express contempt at the status quo and social roles, the work in this exhibit center around different themes in societies such as: colonialism, imperialism, urban neglect, and cultural hegemony, but with satire, humor, and irreverence.

The museum caters to both the Spanish community as well as the audience outside of Spanish Harlem, with all literature including pamphlets and the plaques on the wall to explain the pieces of art in both English and Spanish side by side. The informational plaques next to each piece of work analyze the art from a visual point of view, as well as exploring how the work reflects upon the society the author is in.

Along with the two exhibits going on at the museum at all times, a theater in the main entrance lobby hosts plays in both Spanish and English (depending on which day you plan on going).

Here are some pictures I took of my visit featuring the Marisol and Playing With Fire exhibits! 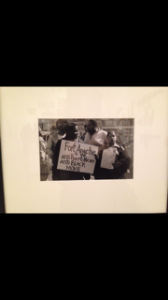 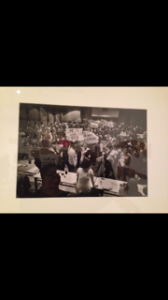 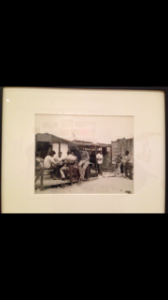 And of course, here is me.

Ongoing exhibits and further information can be found on their website.

To check out other museums along Museum Mile (5th Avenue, Uptown Manhattan 84th street-110th street), information on location and ongoing exhibits can be found here.