Here is the Columbia Law School FAQ I mentioned in class about the legal proceedings in Eric Garner’s case. There’s also an FAQ about Mike Brown on that same website.

Here is the New York Times timeline and explanation of what happened in the Michael Brown case.

Here is a short article, again from the New York Times, entitled “Grand Jury System, With Exceptions, Favors the Police in Fatalities.” It provides a valuable rundown of why it is so difficult to indict an officer under these circumstances. You’ll notice, however, that it differs from Professor Jeffrey Fagan and Bernard E. Harcourt’s Columbia Law FAQ in that it presents “legal scholars” as having a different understanding of the phrase, “whatever force they reasonably believe is necessary.” The NYT article, written by James C. McKinley and Al Baker, portrays the legal understanding of the word “reasonable” to be purely subjective in this context; that is, it is based on the officer’s perception of the threat the person poses. Fagan and Harcourt, on the other hand, frame “reasonable” as “objective… . Reasonableness is to be determined from the perspective of a reasonable police officer on the scene.” This discrepancy calls both of these sources (both from, it’s worth noting, highly reputable institutions) into question. It may be that there is a debate among legal scholars about the appropriate interpretation of “reasonable” in this context, and perhaps each set of authors is giving voice to only one side. Alternately, maybe McKinley and Baker are just wrong. Professors Fagan and Harcourt have a greater claim to authority since they are themselves members of the group “legal scholars” to which McKinley and Baker refer. Furthermore, Fagan and Harcourt provide a citation for their assertion about the objectivity of “reasonable”–a legal court case that presumably served as a precedent–whereas McKinley and Baker offer no evidence in favor of their claim. (If I were writing an essay on this and this were an important point, I would look into the precedent and try to get my own sense of where “legal scholars” came down on this issue).

It seems that the MLK and Malcolm X did not have such opposing viewpoints as we were led to believe by Spike Lee’s Do the Right Thing. In the wake of the Ferguson riots, Cory Booker posted this on his wall:

“Now I wanted to say something about the fact that we have lived over these last two or three summers with agony and we have seen our cities going up in flames. And I would be the first to say that I am still committed to militant, powerful, massive, non-violence as the most potent weapon in grappling with the problem from a direct action point of view. I’m absolutely convinced that a riot merely intensifies the fears of the white community while relieving the guilt. And I feel that we must always work with an effective, powerful weapon and method that brings about tangible results. But it is not enough for me to stand before you tonight and condemn riots. It would be morally irresponsible for me to do that without, at the same time, condemning the contingent, intolerable conditions that exist in our society. These conditions are the things that cause individuals to feel that they have no other alternative than to engage in violent rebellions to get attention. And I must say tonight that a riot is the language of the unheard. And what is it America has failed to hear? It has failed to hear that the plight of the negro poor has worsened over the last twelve or fifteen years. It has failed to hear that the promises of freedom and justice have not been met. And it has failed to hear that large segments of white society are more concerned about tranquility and the status quo than about justice and humanity.” 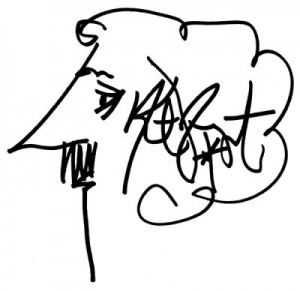 Kurt Vonnegut is an amazing writer, and if you haven’t read his work you should go get Cat’s Cradle or Slaughterhouse Five immediately. He also wrote a piece on “How to Write With Style”. As a professor, my favorite is “7. Pity the readers.” As a writer, I love the license “1. Find a subject you care about” gives me. In any case, it’s only a couple pages long and is worth reading.

A friend of mine who is also a writing professor just posted this for her students. It’s a characterization (in listicle form!) of what a good thesis statement looks like. For instance:

Go check it out!

Posted in Uncategorized | Comments Off on When Thesis Statements Are Good …

In this post you’ll find links to three online articles about the charges against Woody Allen, which resurfaced at the beginning of this calendar year. “An Open Letter from Dylan Farrow” was published in February by the New York Times and is quite short. “The Woody Allen Allegations: Not so Fast,” published in The Daily Beast is much longer and gives a fuller picture of the facts surrounding the case. That said, I would argue that it’s heavily biased in Allen’s favor despite Robert B. Weide’s assurances that he is not “so close [to Allen] that anyone could rightfully accuse [Weide] of being in [Allen’s] pocket.” Gawker also has a much shorter rundown of the facts that you might look at instead or in addition: “What You Should Know About the Abuse Allegations Against Woody Allen.”

Posted in Uncategorized | Comments Off on Woody Allen Allegations 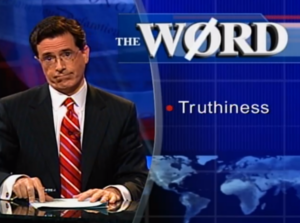 William Deresiewicz recently wrote a book on that expands upon an article you may have read in The New Republic: “Don’t Send Your Kids to the Ivy League: The Nation’s Top Colleges Are Turning Our Kids into Zombies.” Today Kevin Dettmar published a review of the book, “A Truthy Critique of American Higher Ed,” in which he takes Deresiewicz to task for pretty much everything. Dettmar’s is an excellent example of point and counterpoint, logical critique, and careful, critical reading–though at times he does get carried away.

Posted in Uncategorized | Comments Off on Argument: A Crash Course

In the most recent issue of the New Yorker, Adam Gopnik has an essay on walking around cities: Heaven’s Gaits: What We Do When We Walk. 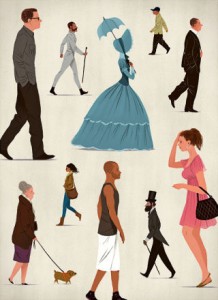 Posted in Uncategorized | Comments Off on More Adam Gopnik

Here’s the link to this cartoon.

Posted in Uncategorized | Comments Off on xkcd: Writing Skills