Robert Moses, the corrupted czar or the father of modern NY? 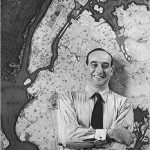 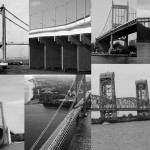 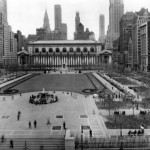 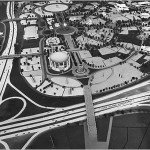 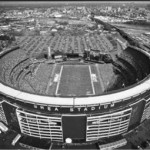 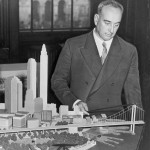 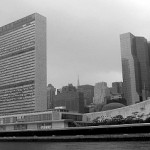 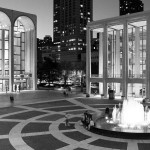 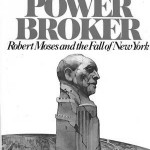 The great problem posed by Robert Moses is whether this city can build what’s needed while adhering to democratic principles. – Robert A. Caro

Robert Moses incontestably changed the urban scheme of New York City. He changed the way we move inside and out from New York and the way we conceive New York as a modern city.  In order to do so, he had to make  compromises of the size of his monumental achievements.  Could it have been done in another way, in a better way that would not have displaced people or deepen racial segregation?

Moses arrived at a moment in the history of the city where the rationale behind urban life was no longer the people but the car. The car promised a new mean of transportation and freedom for the growing middle-class of NY.  With less working hours and more buying power, middle-class New Yorkers began to define their life not only around needs but also around desires. Moses answered their call while satisfying his dream of power. He was neither a professional designer (architecte or engineer) nor an elected official which gives him a contestable auhority. However, his strong understanding of how power functions in governmental institutions made him the greater builder of the century . During his 50 years “in power”, he managed to be decisive for the construction of seven bridges, many parkways, beaches, parks and some of the staple building of NY (Lincoln Center and UN Head quarters among others).

Moses had the obvious tendency to privilege his vision and his need for power over New Yorkers’ vision of their city and wellbeing. For example in the case of the Bronx Expressway he chose to destroy an entire neighborhood over destroying a strategic point for Bronx corrupted officials. Is this example symptomatic for Robert Moses corrupted ways or does it show the generalized corruption in American official institutions? Might be both. Robert Moses was a corrupted man but he played by the rules of the democratic game, he never infringed any law or took any monetary advantage from his position.

Le Corbusier thought of the city as “dispersed, rational, flowing, radiant and decentralized – a city built as much around the needs of the automobile as around the needs of people” and so did Moses. He had a coherent vision behind his plans and not a blinded thirst for power. Thus, he managed to implement his vision to open and organize the city with monumental public work. I think that it is what NY needed back then and that the City would have never become the example for the construction of modern cities around the world.

During Robert Moses’ reign the value of his impact over New York transcends the corruption and the prejudices behind it; put in other words, the end justifies the means.

A Tale of Two Cities

How Robert A. Caro came to write The Power Brooker

Student in Art History and Philosophy.
View all posts by Elvira →
This entry was posted in Readings and tagged 20th century, modern, urban planning. Bookmark the permalink.