Marty Allen, who sells art on the streets, wakes up at 4 a.m. every morning to commute to work. As he boards the Manhattan-bound G train from Classon Avenue in Brooklyn, he pushes a cart filled with framed photographs and whiteout drawings of sock puppets, each with its own personality and identity.

Allen reaches Union Square about 5 a.m. and joins a community of street artists, each vying to secure 1 of 18 selling spots. Once settled, Allen watches for hours as people walk to and from his quirky stand; he hopes to sells as many pieces of art as he used to before the Parks Department limited the number of street artists in Union Square.

“In the past, we used to be able to set up all throughout the park,” says Allen, who has been selling art on the street for six years. Then the new rules were enforced, and “it is a lot harder to make a living doing this because of the rules,” he says.

Two years after the limits took effect, some artists continue to fight its impact.

For more than 170 years, city residents and tourists have walked through Union Square Park, taking in the stimulating atmosphere that was once home to political protests and festive celebrations.

Street art vendors have helped create this environment, adding color with paintings, photography and other works of art.

Then, in 2010, the Parks Department proposed limits on the number of vendors in the park. Despite protests by more than 90 street artists, the rules took effect in July 2010.

“The city is really shutting down the artists here,” says Vincent Spinelli, who sells abstract, architecture, nude and fashion photographs. “A couple of years ago we had a lot of energy here. People came to Union Square for that energy and to buy art. Now they are really putting the nail in the coffin. We are still fighting them in court and are trying to bring that energy back.”

According to nycgovparks.org, the restrictions were needed to make way for corporate vendors and commercial interests, as well as a way to reduce congestion on pathways and sidewalks.

“We organize ourselves pretty well,” says Spinelli. “We always went in the line down here, and we weren’t making obstruction like the Farmers Market with their big two-ton trucks over there.”

According to nycgovparks.org, the designated spots for Union Square art vendors are on the west side and east side of the park from 14th Street to 15th Street. These spots are on the outer perimeter of sidewalks and are based on a first-come-first-served basis.

On Tuesdays, Thursdays and Sundays an additional 40 vendors are allowed to sell in Union Square, when the Farmers Market isn’t running. This doesn’t make matters any better for street art vendors forced to set up against the crowded curb.

“It is strange because the spots they are giving us we would never be in,” says Joel Kaye, who has been selling ceramic photo tiles of popular New York City landmarks for seven years. “They basically made these spots because they don’t want us here at all. They put us on top of each other, they turn the sprinklers on and get us all wet—it’s crazy.”

Union Square is not the only park with these rules. According to nycgovparks.org, five vendors are allowed to sell on the High Line, nine in Battery Park and 49 in high-traffic areas of Central Park, reducing by more than 75 percent the number of vendors permitted. Many street art vendors have tried turning to galleries to display and sell their work, but are often turned away because they don’t have a large following.

“This is my full-time job right now, but because of the rules of the park my income has dropped significantly,” says Allen. “It was much more consistent. I am sure the economy has something to do with it, but not nearly as much as the fact that we have to set up in an area that is much less accessible to foot traffic.”

Allen says art vendors should be allowed to sell in parks because of their First Amendment right to freedom of speech. “I talk to other artists and there are a lot of ideas on how to fight this, but there is an extent to which they are drumming the fight out of us,” said Allen. “It is a complicated set of issues and it has been a long road. There were cooler artists a year or two ago but people got drummed out because of the laws.”

With some artists unable to sell because of the first-come-first-served basis, many have turned to other alternatives.

“I used to sell art on the street but because I am from Staten Island it was hard for me to travel out so early every day,” says Rocco Miraglia, the owner of Stay Great Apparel, who creates cartoon drawings that are screen-printed onto shirts, sweaters, shoes and hats. “I turned to the Internet and I accomplished way more than I ever thought I would. It is such a great outlet for free promotion and now my work is known all over the world.”

As some street artists have given up or turned to other outlets, many refuse to give up, taking the city to court.

“When you sell on the street and get complimented on your artwork it really motivates you and gives you the confidence to want to go further,” says Kaye. “It is so great but it is being taken away by the City of New York. So even if I am not going to sell anymore, I will continue to fight for other artists that have the right to come out here, sell and show their art. I know that it will give them the opportunity to do something they love.” 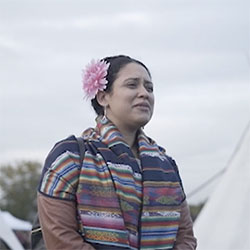 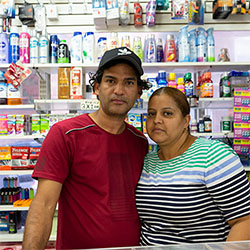