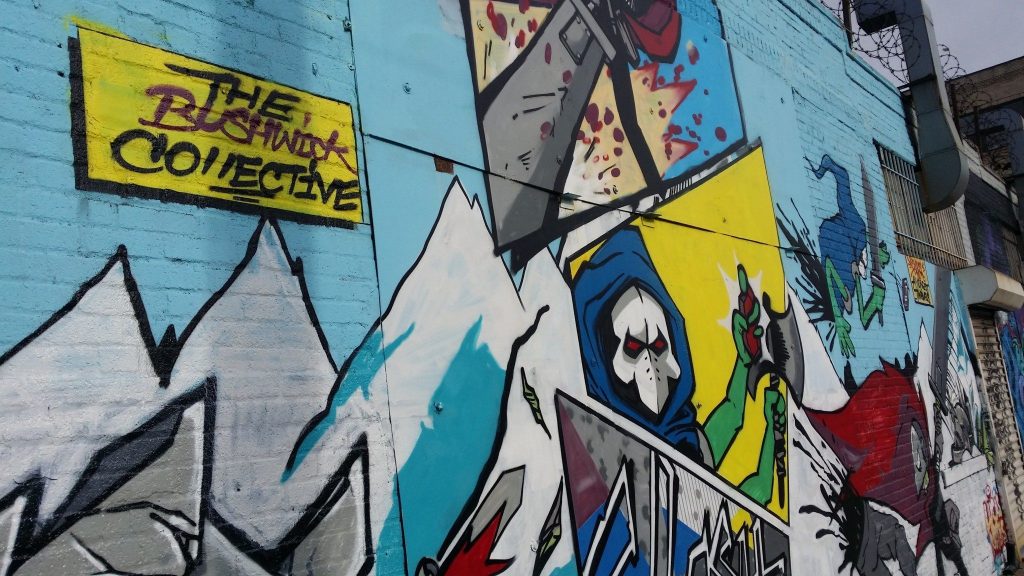 The Bushwick Collective, an explosion of graffiti and street art that has brought color to Bushwick’s sidewalks, begins at the intersection of St. Nicholas and Flushing avenues. It’s been called the new 5 Pointz, after the graffiti center in Long Island City that was demolished in 2014 to make way for condominiums.

Bushwick, enjoying a revival as a haven for artists and hipsters alike, was once a violent, crime-afflicted neighborhood.

The curator of the collective, Joseph Ficalora knows all too well the brutality of Bushwick; in 1991, his father, Ignazio, was murdered on the same streets now decorated by the work of hundreds of local artists. Ficalora decided to use art to transform the dirty streets into a safe and welcoming environment.

Tours are held on a regular basis and, on the first weekend of June 2016, the Bushwick Collective celebrates its fifth anniversary with block parties, pop-up exhibitions and open studios. 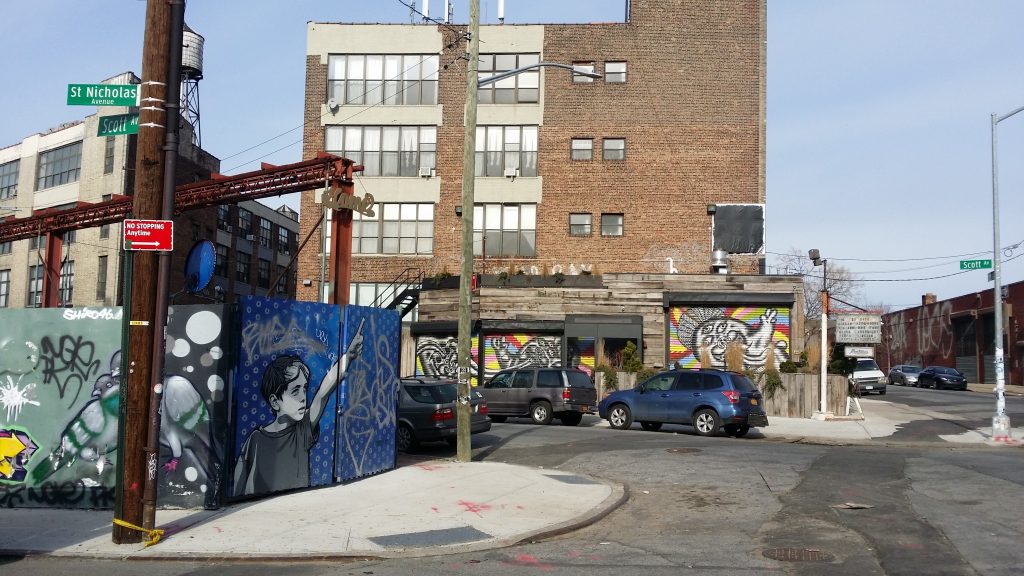 Old warehouses in Bushwick are being demolished and transformed into modern high-rise buildings. Look up. 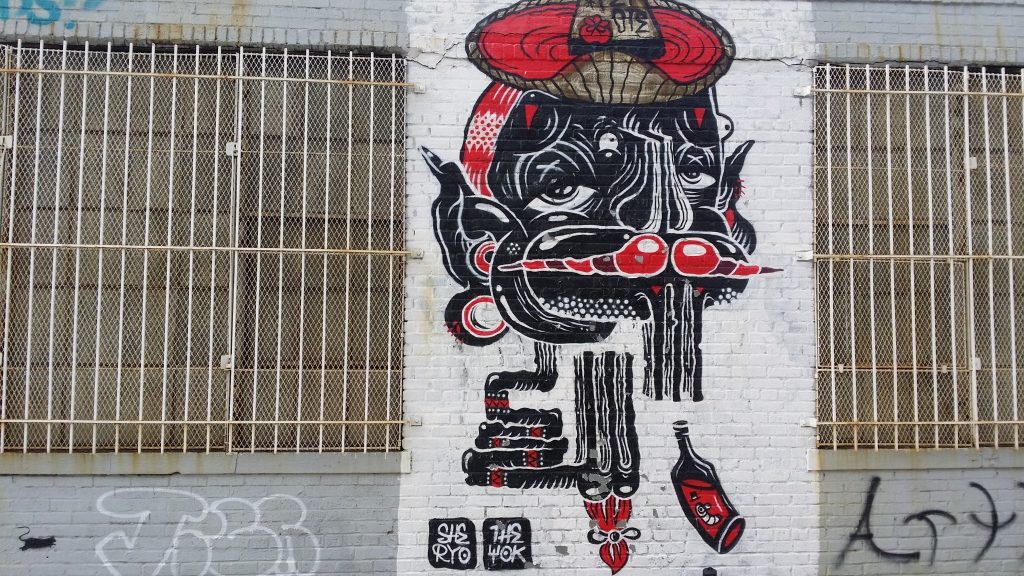 Street artists draw on cultures around the world for inspiration. This piece was inspired by Mexican culture. 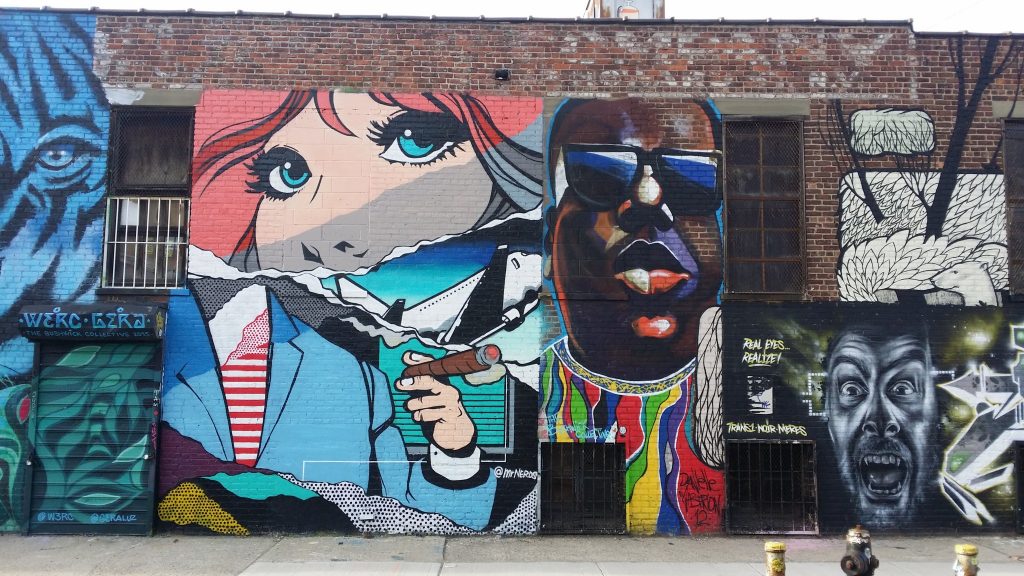 Christopher Wallace, famously known as The Notorious B.I.G., is remembered through street art in the borough of his birth. He began his career rapping on the streets of Brooklyn as a teenager, before he was arrested in 1989 and 1990 for drugs and weapon possession, respectively. 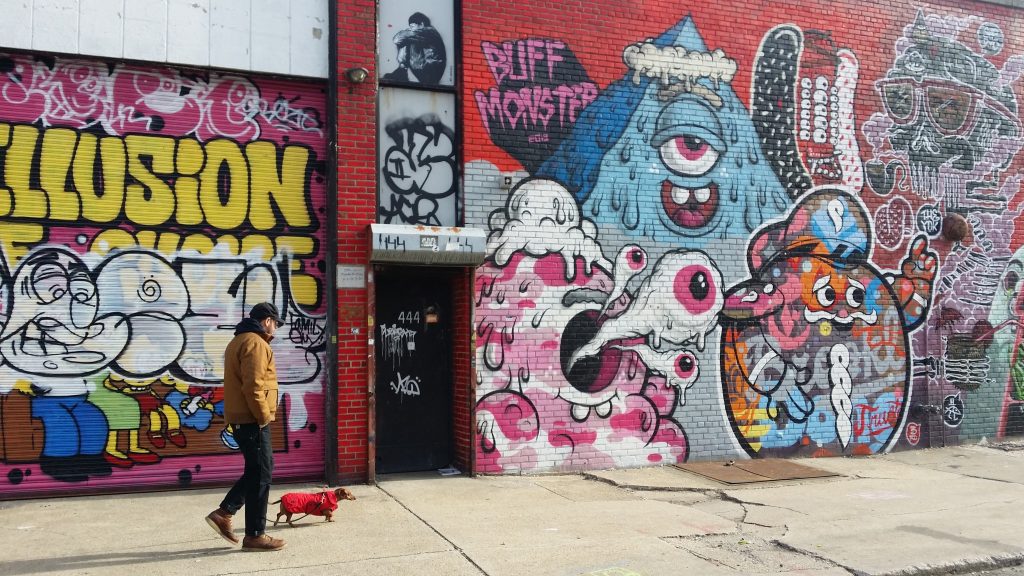 “I’ve lived in Bushwick for two years now and I don’t even notice the works of art that are graffitied on the walls anymore,” said Peter Kruzowski, a local resident. 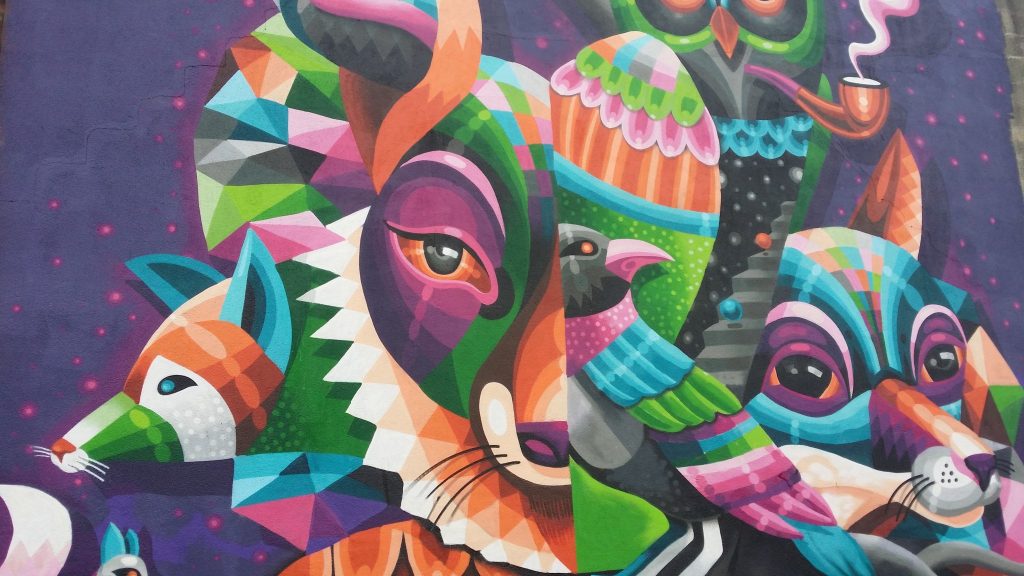 Graffuturism is a relatively new movement in street art that uses geometric graffiti to create a lively blend of shapes and color. 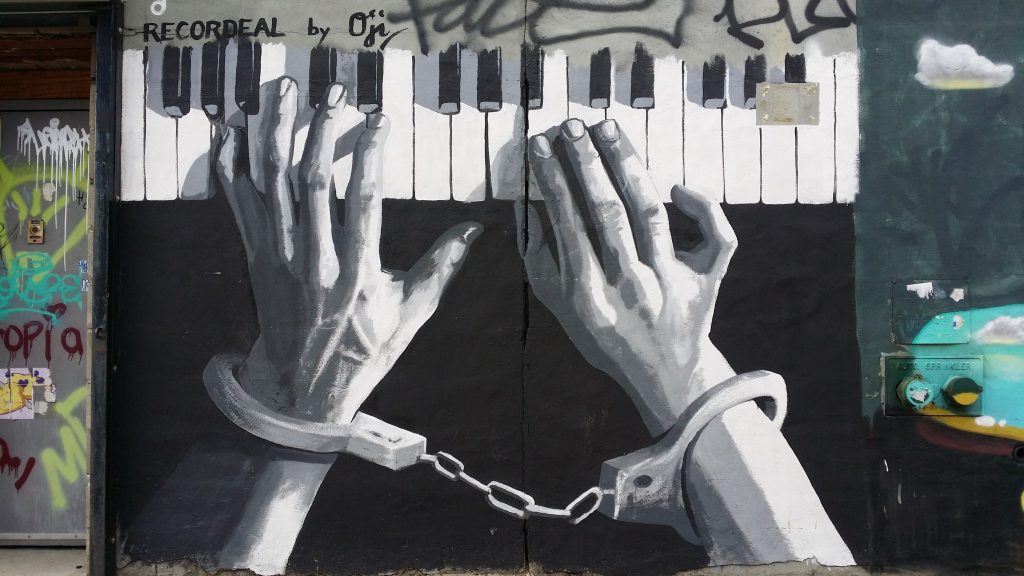 “This piece is powerful, I think the artist is describing the direction of art that popular culture forces us to create,” said Kumar Pasram, a photographer from Queens. 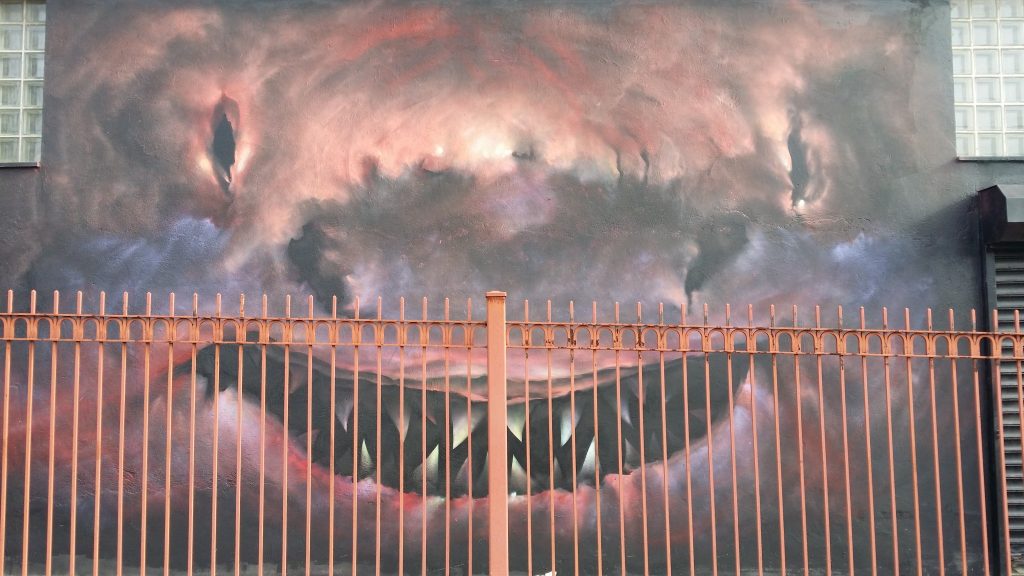 Can street art be used as a form of security? Keep Out. 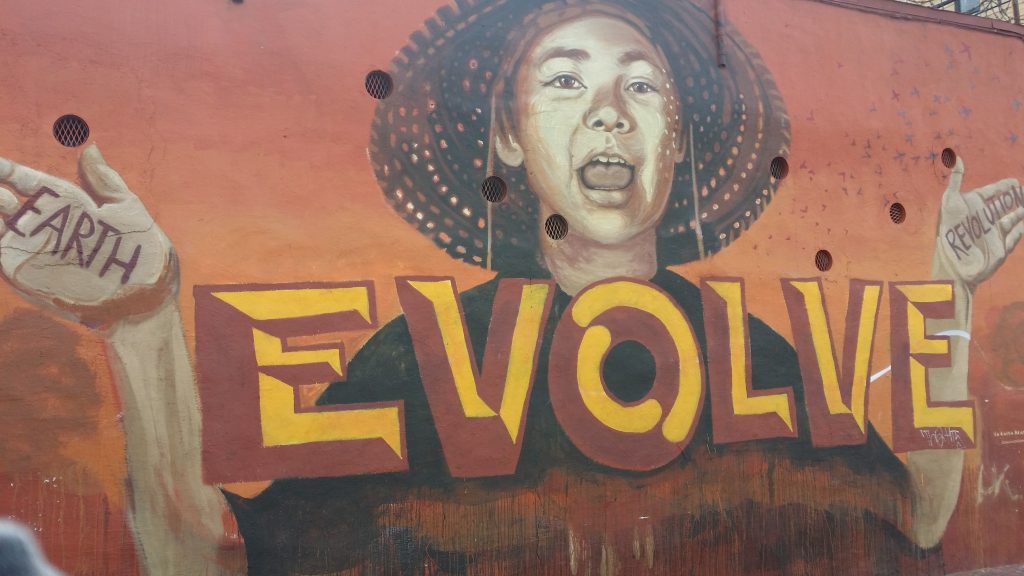 Using art to raise awareness of political issues around the world. 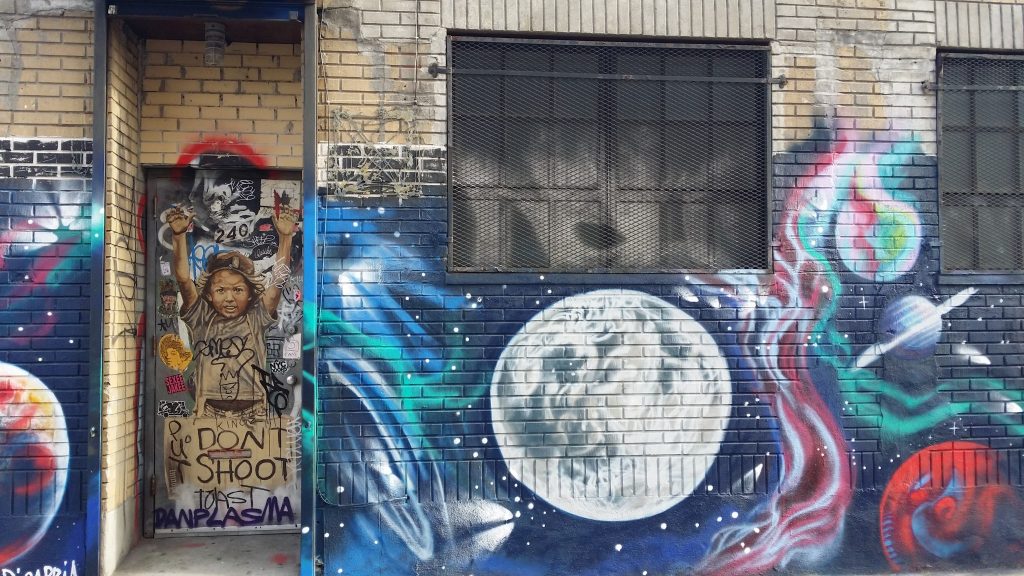 Or as a political statement: “Don’t shoot.” 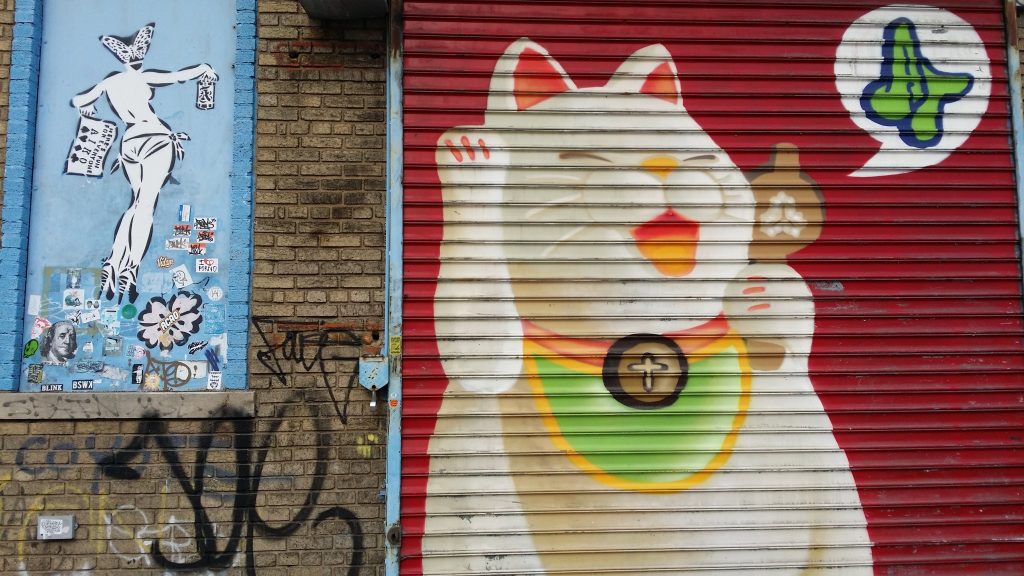 Novelties from around the world can also be celebrated through street art. 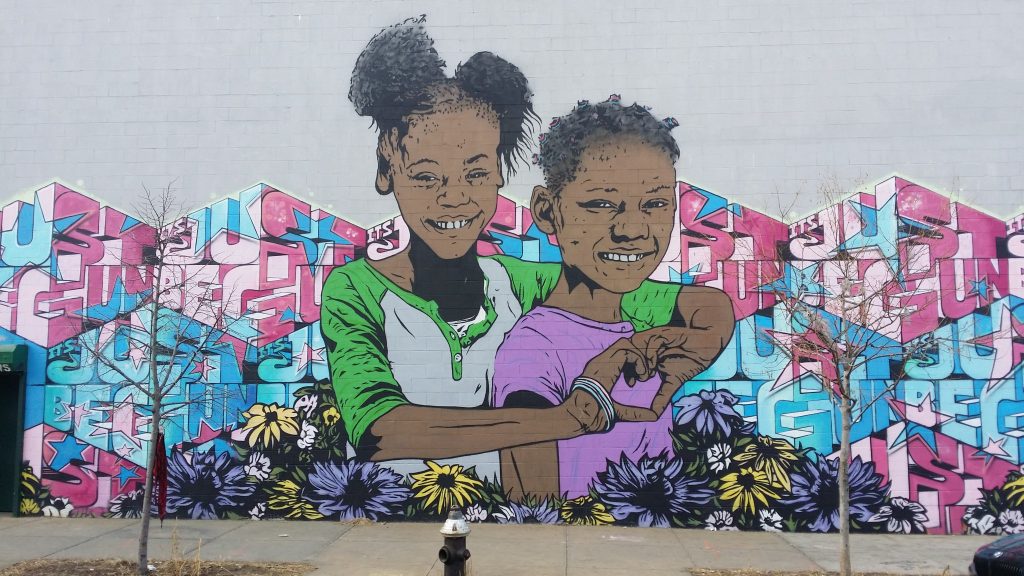 Street art can be a peaceful expression of human emotions, vibrant artwork in public view.