Prospect-Lefferts Gardens, a largely black and Caribbean-American neighborhood in Brooklyn, was until recently one of the last affordable neighborhoods surrounding Prospect Park. Gentrification is slowly beginning to alter the neighborhood; the arrival of wealthier people from different backgrounds pushed real estate prices up and made PLG, as locals call it, a more expensive place to live. The telltale markers of gentrification are visible all around — changing demographics and an influx of fancy coffee shops, bars and restaurants. In addition, the neighborhood has seen a boom in the construction of luxury apartment buildings. 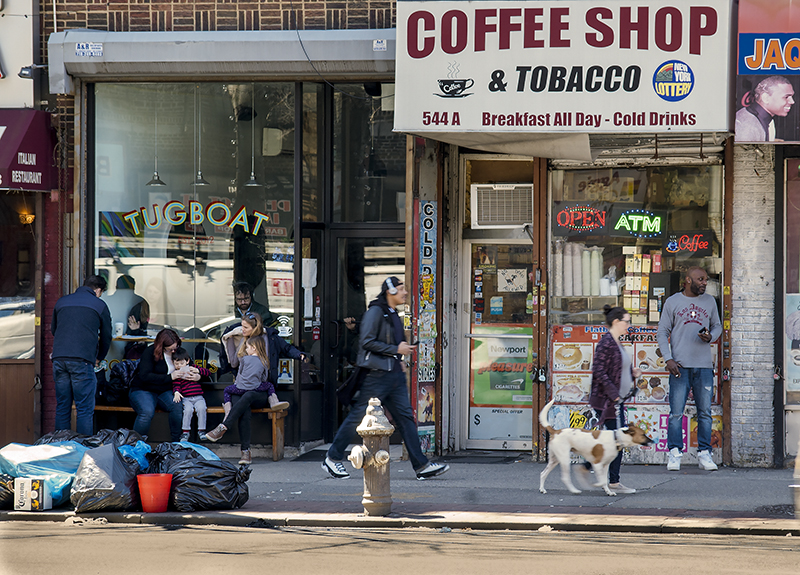 Among the new businesses on Flatbush Avenue is Tugboat Tea Company, where the cheapest coffee on the menu is $2. Next door, at Coffee Shop, customers can get coffee and a bagel with cream cheese for the same amount. 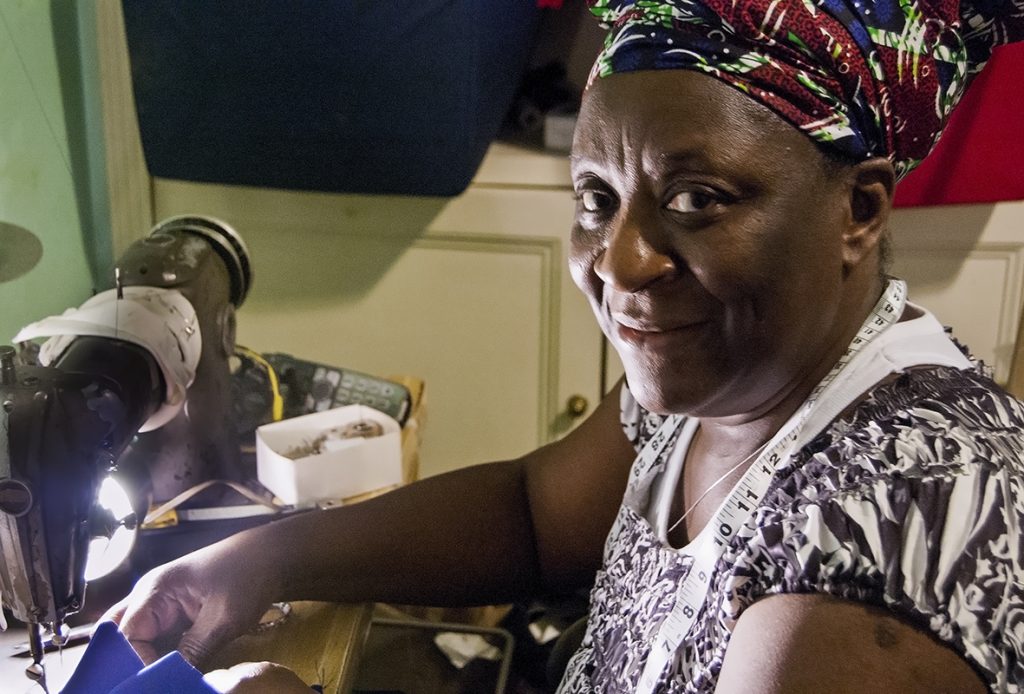 Sheryl Carty, 61, of Trinidad and Tobago, has lived and owned a business in Prospect-Lefferts Gardens for 30 years. A seamstress by trade, Carty had a store, Nykki’s Boutique on Flatbush Avenue, until 2016, when, she says, her landlord refused to renew her lease and initiated eviction proceedings. She moved her seamstress business to her home. Carty says she is occasionally contacted by developers who want to purchase her house but she has no intention of selling. 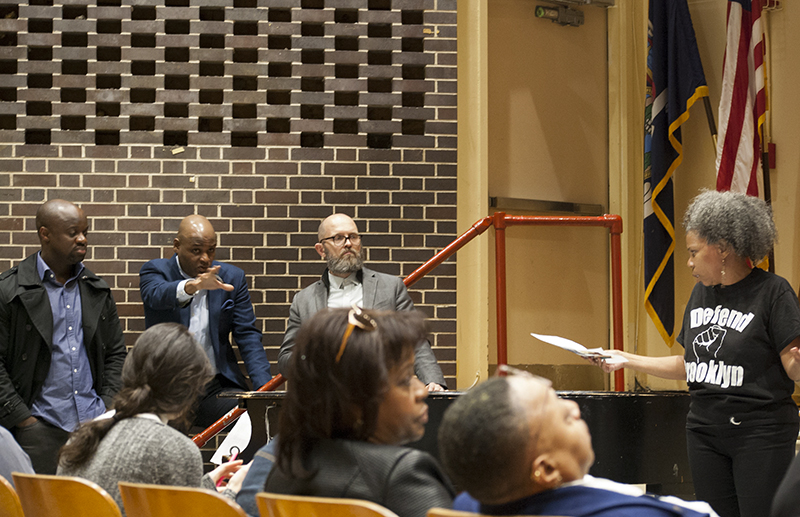 Alicia Boyd (right), of the Movement to Protect the People, an anti-gentrification group, urges the Land Use Committee of Community Board 9 to fairly compensate the heirs of the owners of 237 Maple St., now a community garden, when the city Parks Department acquires the property and designates it for public use. 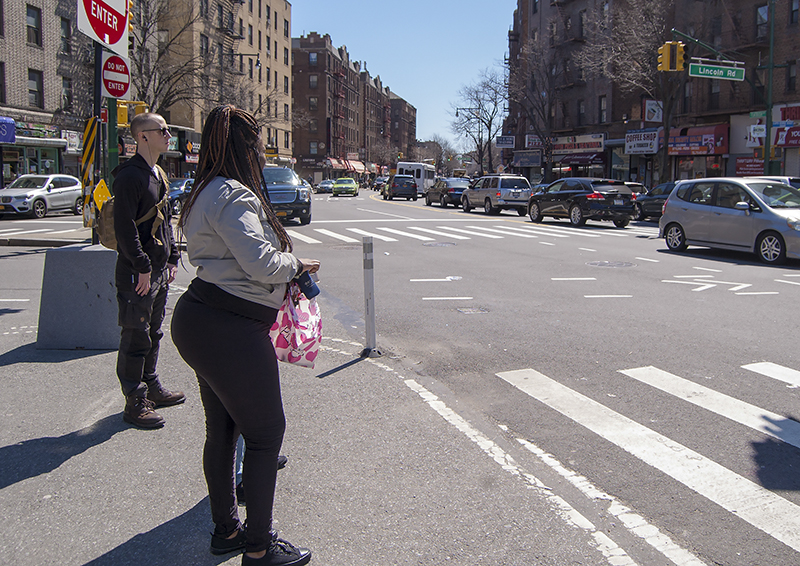 The intersection of Lincoln Road and Flatbush Avenue is an important commercial center in Prospect-Lefferts Gardens. The changing nature of the neighborhood is reflected in the people who frequent the shops. Caribbean restaurants, barber shops and hair-braiding salons sit alongside sushi restaurants, fancy bars and coffee shops. 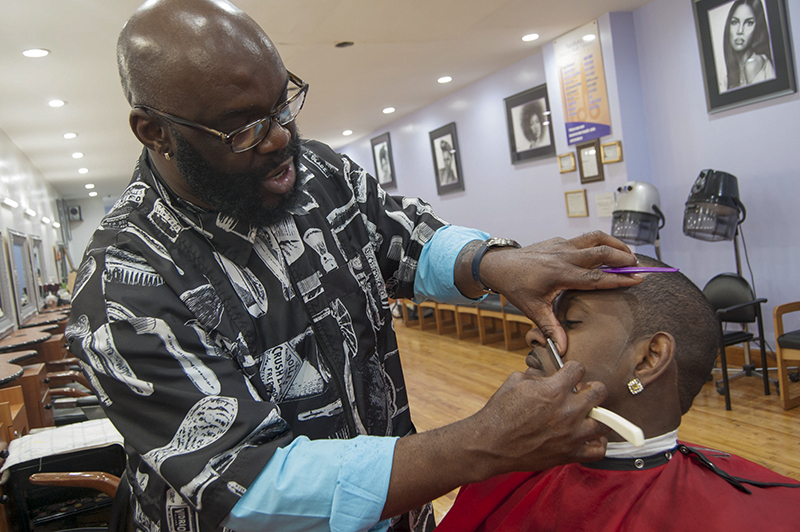 Among the long-established businesses on Flatbush Avenue is Texturas Hair Studio and Barbershop. Errol Maxom, a barber and a Jamaican immigrant, has been in the community for 14 years. 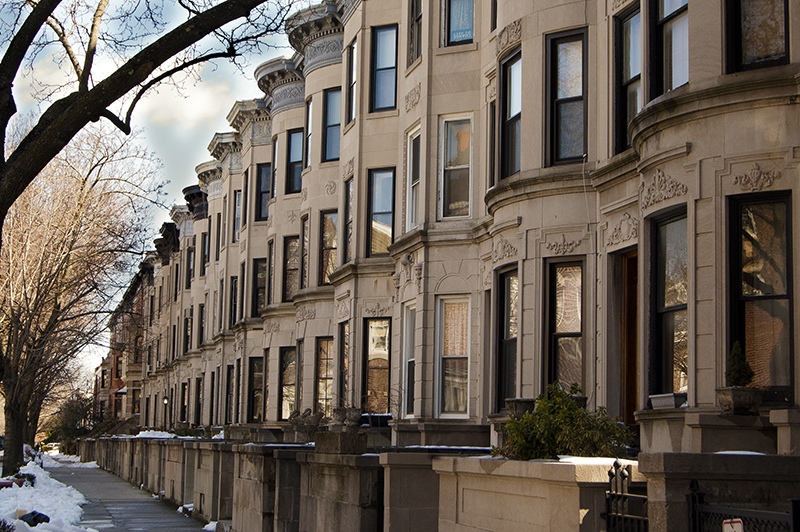 The neighborhood’s rich housing stock has attracted new buyers. These townhouses on Midwood Street, between Flatbush and Bedford avenues, are a part of the Prospect-Lefferts Gardens historic district, given landmark status by the city’s Landmark and Preservation Commission in 1979. 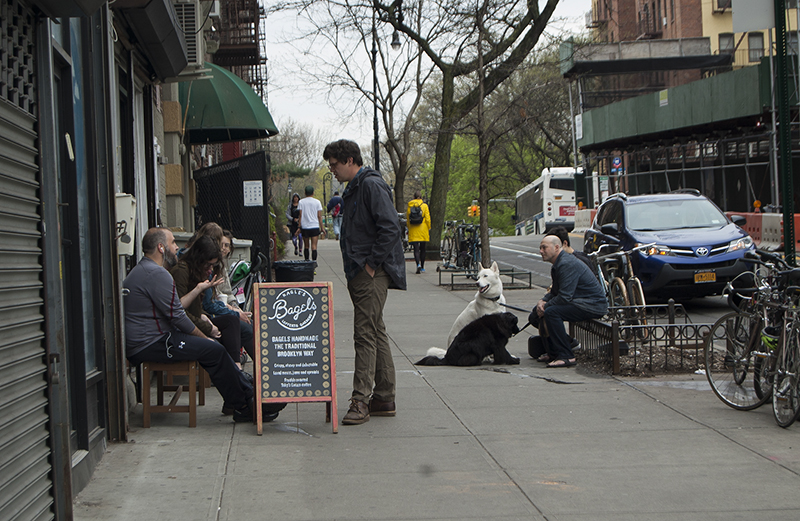 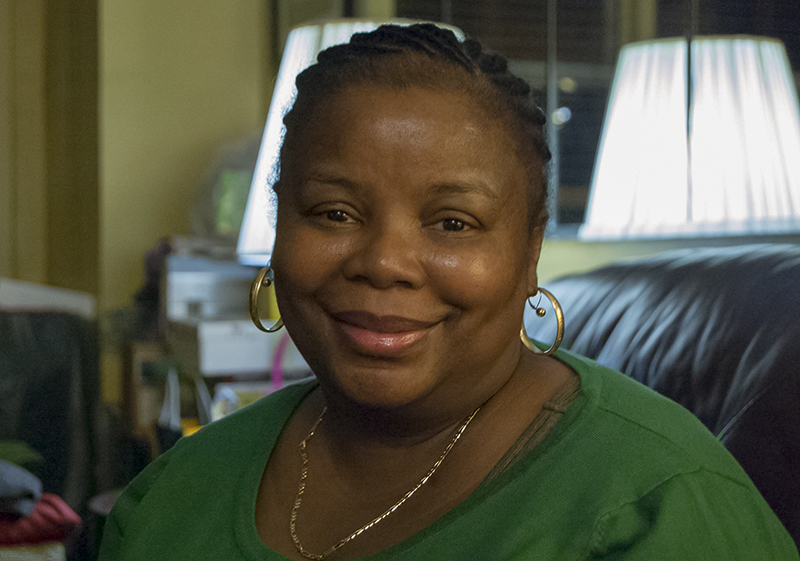 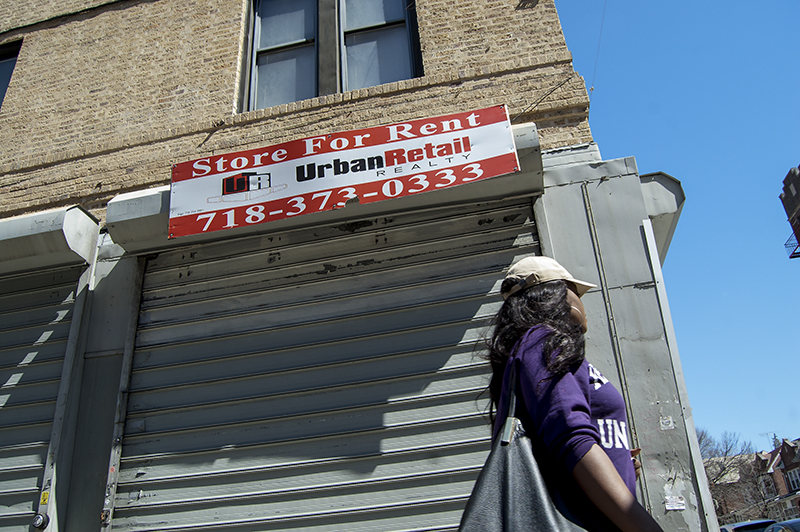 Along Flatbush Avenue, a number of black-owned, longstanding businesses have closed,  while new restaurants, bars and shops catering to new, wealthier residents have opened.