For Homeless, ‘Every Day Is a Struggle’

As the weather worsens and the cold comes nipping at our bones, the homeless in New York City become more noticeable as they seek refuge in subway stations, subway cars and other public places.

Around this time of year, the topic of homelessness begins to surface in everyday conversations around the city. No matter their economic or social background, most New Yorkers have something to say about homelessness and how the city should be handling it.

City agencies and politicians have been introducing proposals and implementing policy to address the increasing number homeless individuals. According to the Coalition for the Homeless, as of last August, 63,025 homeless people, including 15,421 homeless families with 22,907 homeless children, sleep each night in the city shelter system, which is a 77 percent increase from 10 years ago. That number does not include the thousands of people sleeping on the streets, the Coalition said. 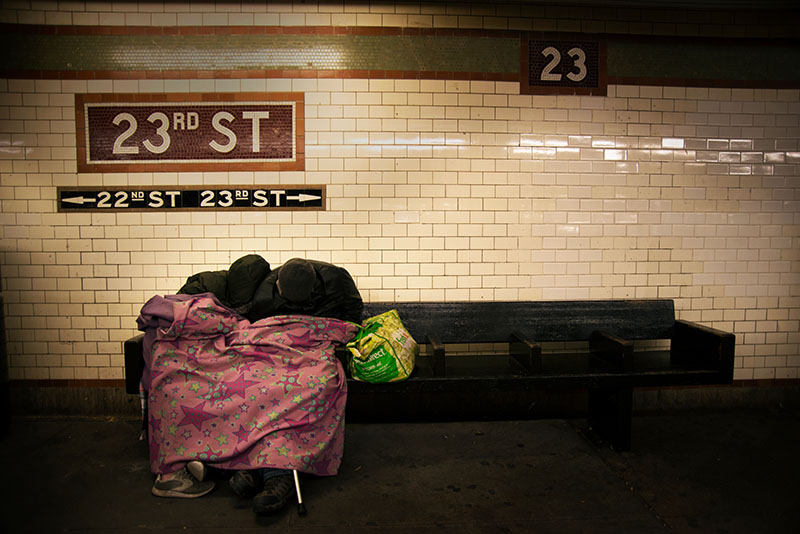 The administration of Mayor Bill de Blasio has initiated a program to build 90 new shelters around the city. And earlier this month, Bronx Councilman Rafael Salamanca Jr. introduced legislation that would require any rental housing project receiving taxpayer subsidies to set aside 15 percent of its units for people in the city’s shelter system.

Yet, even with these initiatives, the homeless are prevalent throughout the city. So what do the homeless themselves have to say? In this video report, people living on the streets of the New York City explain how they got to where they are, and describe what they do to survive.