The Decline of Dyker Beach Park: How a ‘Community Jewel’ Deteriorated 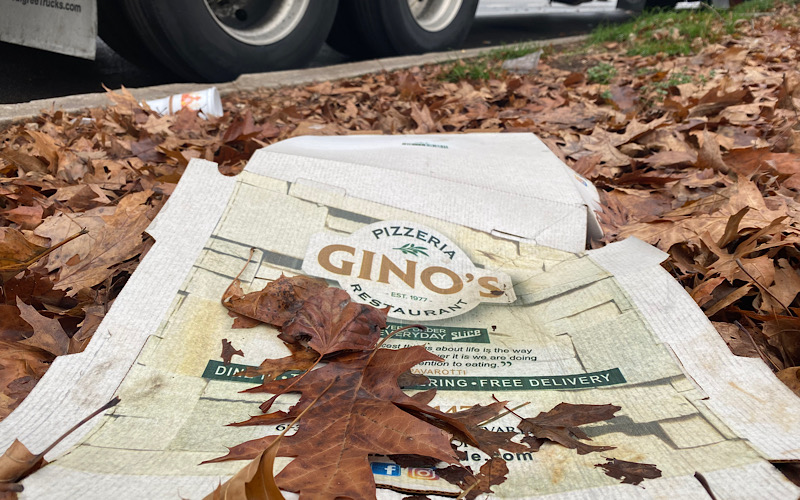 In April 2021, Dyker Heights resident Eman Ennab told her physical therapist she had one goal after rehab: to walk two miles around Dyker Beach Park in Brooklyn.

Ennab, an office manager for an accounting firm, had just undergone surgery for brain cancer.

During her walks, she noticed garbage, lifted curbs and even dead animals that put her at risk of tripping and falling. With a lack of benches, there weren’t many stopping points for her to rest.

Like Ennab, many residents use Dyker Beach Park as a green space for exercise and recreation. Just when lockdown measures made its playgrounds, sporting fields, dog areas and walking paths more valuable, the park appeared to deteriorate due to the lack of maintenance. 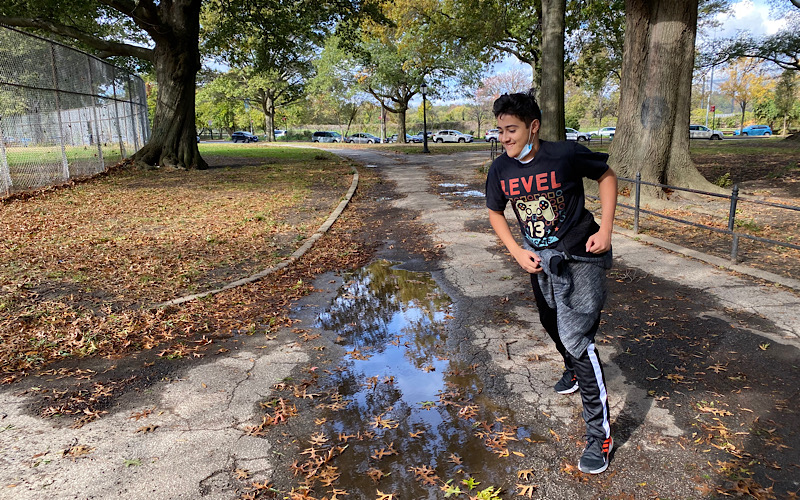 Another resident experienced the decline. Andie Ferrante, a bookkeeper who lives in Bay Ridge, began using the park more frequently to walk her dog after the pandemic.

“It’s disgusting,” she said. “It’s dirty, and it’s a shame because it’s such a pretty area and park. It makes me sad to see these conditions.”

The New York City Department of Parks and Recreation periodically conducts inspections at Dyker Beach Park in each of its four areas. Before or early on in the pandemic, it rated the overall condition and cleanliness of three of the areas as acceptable.

In August and September 2020, these zones were rated as “unacceptable.” The areas of concern include litter, glass, weeds, benches, paved surfaces, fences, lawns and athletic fields. 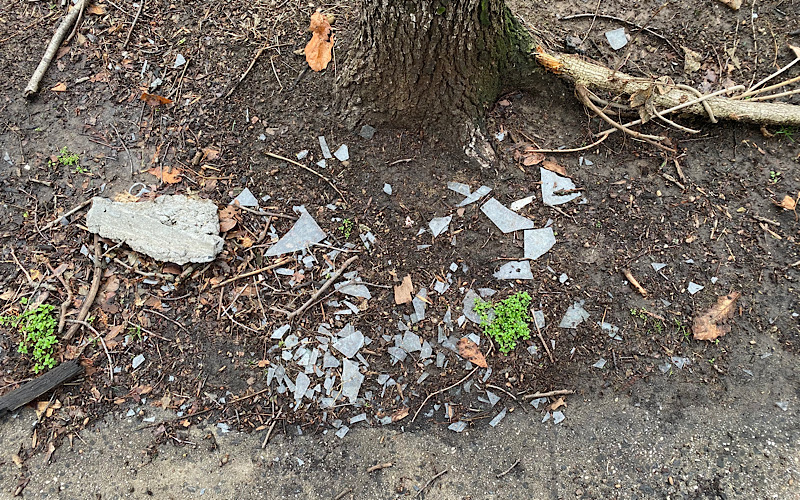 The community’s concern for park maintenance is reflected by Brooklyn Community Board 10’s decision to cite parks as a pressing issue in its most recent report.

“It truly is a community jewel,” District Manager Josephine Beckmann said. “We want to make sure that it’s maintained, that we advocate for resources for its maintenance.”

The board, whose district is made up of Dyker Heights and Bay Ridge, reported a lack of tree pruning, parks personnel and up-to-date play equipment. Improper disposal of household garbage and contracting debris — known as illegal dumping — is partly responsible for the garbage residents observe, according to Beckmann. She also said that more families used the park for outdoor picnics due to the pandemic, which produced more garbage.

“It’s voluminous, the garbage, at times,” she said. 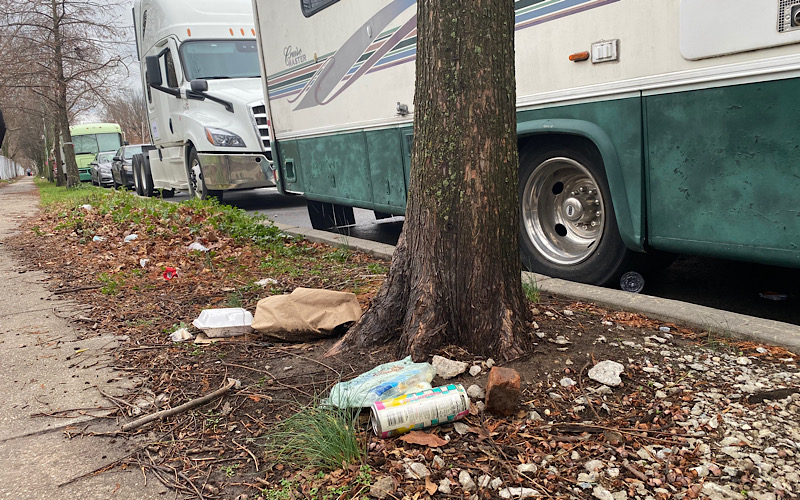 Another disposal issue is electronic waste. Its presence increased in the park’s isolated areas following the Sanitation Department’s suspension of electronics collection due to COVID-19 budget cuts.

While not frequent, the NYC Parks Department conducts garbage-can collection periodically. However, removing the larger, improper waste is costly. 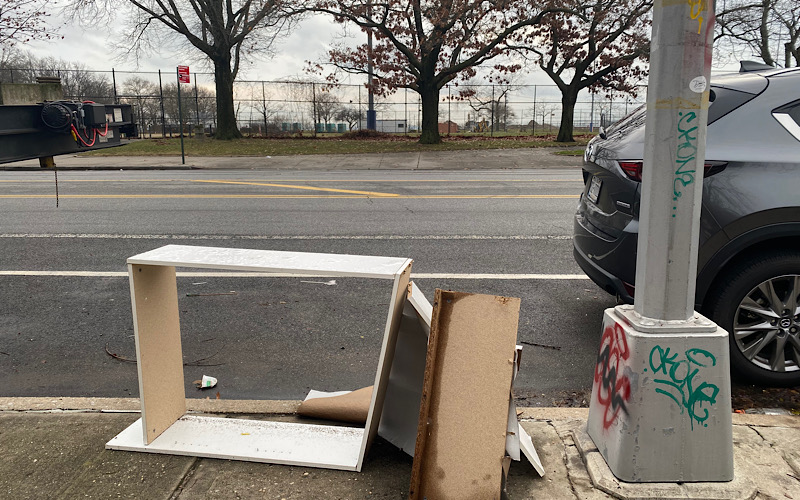 “The amount of trash can be overwhelming,” Beckmann said. “If you have a cutback or service delay or a resource issue, it can certainly build up.”

The board identified park maintenance as a need, making a series of capital requests in the report.

“When you have more usage and you don’t have enough maintenance, you can have a bit of a backlog,” she said. “Then you’ll see community complaints go up.”

The park is not only important to the Dyker community, but is also frequently used by Gjoa Youth Soccer, a nonprofit soccer club.

Gjoa members play almost every weekend during the spring and fall and the majority of its league games are held at Dyker Beach Park.

“Parks can do better,” said Gjoa’s Director of Operations John Tucker. “The city can give them more money and they can do a better job of spending it and, therefore, maintaining and replacing broken amenities, like a water fountain, or adding additional ones.” 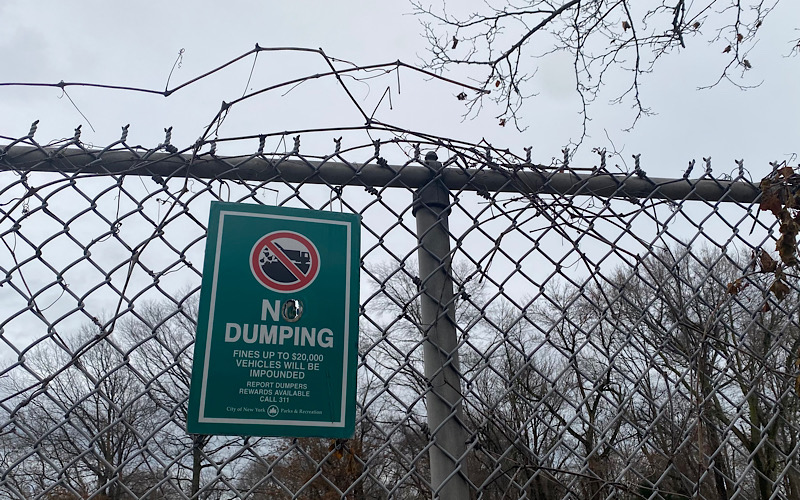 Gjoa members are required to participate in yearly community service projects, which have included cleanup of Dyker Beach Park.

Volunteerism is also encouraged by Community Board 10, which organizes volunteer groups at other parks in the district. One of its goals is to start one at Dyker Beach Park, according to Beckmann.

However, improving the park will take more than volunteerism. In August, Council Member Justin Brannan announced an investment of more than $30 million in park and playground improvements. The plan for Dyker Beach Park includes new basketball courts and synthetic soccer fields. 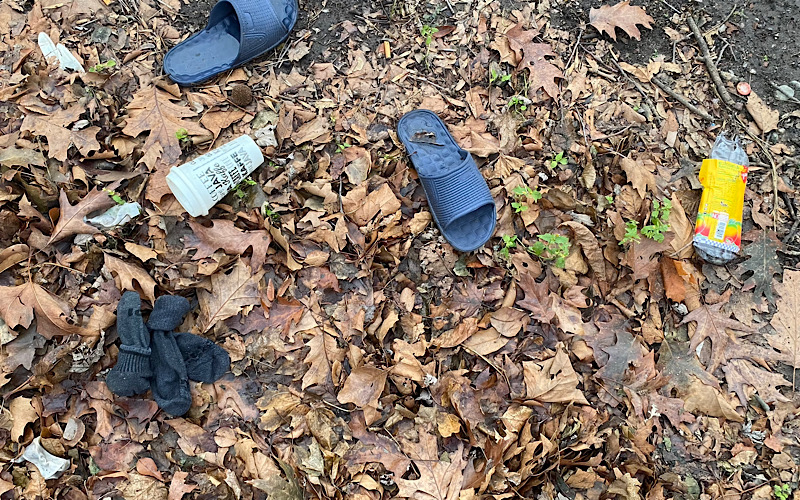 A recent National Center for Biotechnology Information study spoke to the importance of maintaining spaces and encouraging community use.

The New York City Department of Parks and Recreation did not respond to a request for comment. Meanwhile, locals who rely on Dyker Beach Park have reason to be passionate about maintaining the park.

“Let me know who we can call,” Ferrante said regarding what could be done to solve the issue. “I’ll be the first one.”