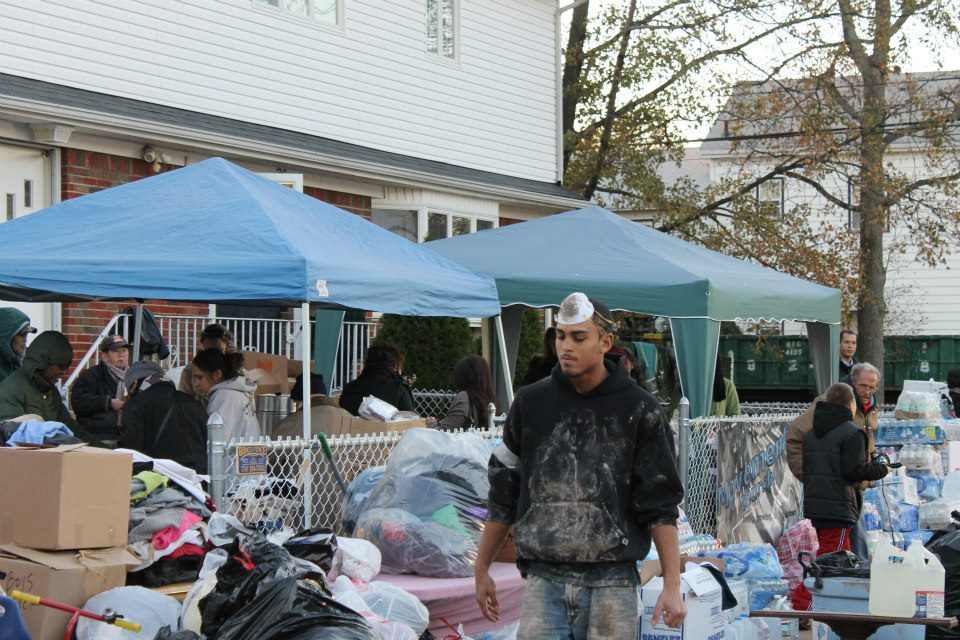 Ruben Rosario, a 22-year-old junior at Baruch College, spent most of a week tearing up ruined carpets, breaking apart water damaged cabinets and as well as dealing with many other Hurricane Sandy related damages throughout his native Staten Island. Rosario soon found that he had another looming concern, a swarm of work to catch up on and the pressure of midterms.

“When I got back to school, I found out that all of my midterms were rescheduled for the same two day span,” said Rosario, “I had spent over a week away and all that material for these classes was replaced with the genuine concern and drive to make sure my hometown was fine. I was flabbergasted that they weren’t giving us a moment to come back into our routines.” 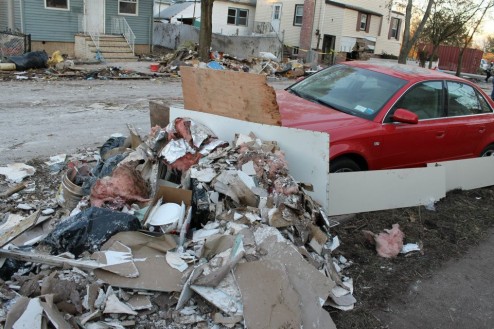 Billions of dollars in damages weigh heavily on the minds of political officials, business owners and everyday citizens but the pressure of a shorter semester has been a major concern for students everywhere, including Baruch College. Baruch students have struggled to reconstruct their lives due to the damages to their homes, loss of employment but also to salvage their semesters due to the Sandy. With midterms disrupted by the weather, many students came back from their week off to find that many of their midterms were rescheduled and fell upon the same day.

John Doccola, a 21-year-old junior, felt that the administration could have been more accommodating. “I don’t know how they expected most of us to be back so quickly and to be able to focus on our classes when my neighbors and I were without power for almost three weeks. It definitely feels like they don’t care about us at all,” said Doccola.

Doccola and Rosario spent the two weeks after the storm assisting other residents of the island with their homes since many of their situations were dire. 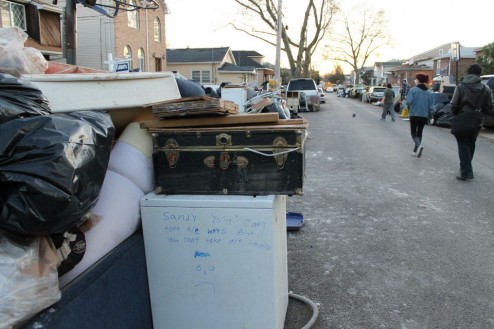 To make up for the week of classes lost due to the storm Baruch extended the last day of classes by a day and scheduled classes every Sunday until the end of the semester. Melissa Mae Bartley, a 23-year-old senior graduating this winter, was fearful of her graduation status for the semester due to the storm and the rescheduling of classes. “I work weekends and there’s no way I can come in on Sundays to make up for the lost time without losing money,” said Bartley, “I don’t want to fall behind though, so the pressure has really compounded this semester due to Sandy.”

Chris Catalano, the President of Undergraduate Student Government, had a different take on Baruch’s stance. “I think the college administration did a good job in responding after the hurricane. The college was turned into an evacuation center which housed over 500 people a night,” said Catalano, “Once classes started we also made the decision to keep the library open 24 hours that way students who were displaced from there homes had a place to stay with missing as little class as possible, especially because it was midterms season.”

Catalano spearheaded the rallies around Baruch leading to over $2000 being raised for the relief effort.

“We were doing a clothing drive in which we had students who had lost everything come to us and we were able to at least provide them some clothes and supplies for them to start to get back on their feet. We also had an Information Booth set up on the second floor where students effected by the hurricane can go to to receive any help they may need whether it be access to a counselor or information on what their next steps should be,” said Catalano.

While some students have felt brushed aside by the school, few saw what they did as noble and it lead them to assist in their own ways.