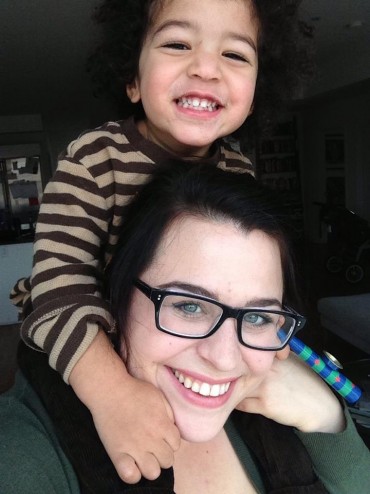 “I’ll say we’re going to the Met,” Mikkelsen said, “and he’ll start rattling off, ‘Go see Warhol? Go see Rodin? Go see Picasso?’ I think he thinks of them as his friends.”

It’s no secret that nowadays, many young New Yorkers are having trouble finding employment in their desired fields. What may be a secret, however, is the way in which some are making their way in the interim.

The face of the New York nanny is changing quickly and drastically. For many parents, discipline and time occupation is taking a back seat to education when it comes to finding the proper caretaker for their children. According to SmartSitting.com, an agency representing college students and graduate nannies, a full-time salary can reach $80,000 per year. CNN listed the median starting salary for a class of 2012 college graduate at $42,569.

The relationship between the parents and college-educated nannies is a two-way street in which both parties benefit. For Mikkelsen, the job provides a feeling of self-worth that might otherwise be missed. “It makes me feel really great,” she said. “I don’t feel expendable, which I think is maybe a feeling you have as a server or in a temp agency.”

For the parents, they feel confident that their child is being nourished with education. Sometimes that education is broad – such as help with homework, or preparing for exams. Other times, it can be extremely narrowed – and not necessarily scholastic.

“We wanted to focus on his love of music, which he’s had since he was very young,” said Njeri Thande of her and her husband Jason Stanley’s priority when it came to finding the right nanny for their son, Emile. “We’re not musical, but he loves music.” Stanley and Thande represent two of the thousands of parents in New York who fill up sites such as Care.com, SitterCity.com and SmartSitting.com, desiring much more from a nanny than just keeping their son busy. “Your nanny affects your children without question,” Stanley said.

Stanley is a professor of Philosophy at Rutgers University and Thande, a professor of Cardiology at Montefiore. The first year of parenthood was “chaotic,” according to Thande, who was only allotted two months of maternity leave. Admittedly, Stanley handled much of the childcare, but their schedules soon made it clear that something needed to change.

“I came to the realization that we needed a nanny and we needed something quickly,” said Thande, “and I didn’t think we had time to do the process without some help.” That was when Thande stumbled upon the website SmartSitting. Following a formula similar to one you’d find on a match.com-esque dating site, SmartSitting tallies a family’s needs and expectations and then presents them with a carefully matched pool of potential nannies.

“They did a great job of constructing a very clear plan of what the job entailed beforehand,” said Thande, “to protect everyone.”

Mikkelsen was the perfect match for Stanley and Thande. Having just recently graduated college with a BFA in vocal performance, Mikkelsen also had a wealth of babysitting experience. “People like us were looking for people like Kiki,” Stanley said.

Founder and Executive Director of SmartSitting.com, Lauren Kay, explained that the process of getting into the network is not a simple one. The acceptance rate is 8.7% and each nanny takes an average one to three months before finding the right family. “Just as with any other profession,” she said, “it’s a hard one to break into.”

Kay started the company while still in college at Brown University. She said that the inspiration came from her own experience as an enthusiastic babysitter who enjoyed teaching kids, “new things outside of what they were learning in school and to follow their non-scholastic passions.” Kay turned this philosophy into one of the top nanny networking sites in New York City and she makes sure all her sitters are on the same page.

“The candidates we accept into the network are those who choose this field because they sincerely love working with and teaching children,” she said. “We all really, really love kids. Sitting behind a desk all day just doesn’t compare.”

Kay said that the good majority of SmartSitters are “graduate students, or those pursuing very hard to break into artistic careers.” This was especially appealing to Stanley and Thande, who pointed out that New York is filled with “creative people trying to make it abound and people with resources abound,” the perfect fit.

Stanley chimed in, seconding his wife’s statement. “I wanted as artistic, creative person like our son is,” he said. “I’m a philosophy professor for God sakes.”

One thought on “The Changing Face of the New York Nanny”