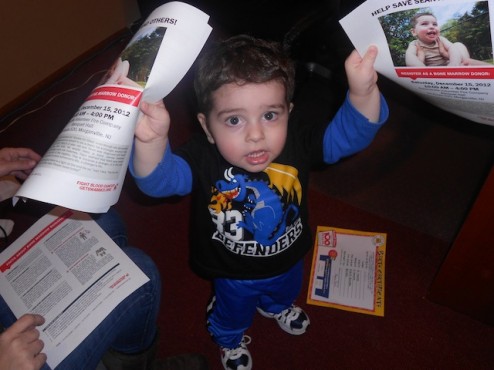 During a well check up, Sean and his sister, Shannon Goff, took their normal blood test.  After pricking Sean Goff’s finger, the doctor decided to test him 2 more times, figuring the machine was broken. After the third blood test the doctor insisted Sean Goff go to Quest Diagnostics to get more blood work. Mother, Tracy Goff, was not told any information about her baby boy, but she did as her child’s pediatrician requested.

“The first sign that scared me was on November 13, Sean turned completely white, including his lips. I called the pediatrician and he called the lab to put pressure on them to get the results back that day.”

A few hours later the doctor called Tracy Goff and insisted she go to the hospital with Sean, no other information was given.

Tracy Goff was met up by a team of doctors that told her Sean would be admitted on an over night stay. He was moved up to the PICU (pediatric intensive care unit.) After staying over night in the hospital, she was told her son had leukemia. More tests were being taken throughout the night and when they tested Sean’s bone marrow they found a different discovery.

Sean Goff was diagnosed with Aplastic Anemia and it was a serious case. When Tracy Goff first heard about what her son had she was relieved, it was not cancer as she was told was the first diagnosis.

“I was so relieved, then they told me that he had severe Aplastic anemia. At first I was not alarmed, hearing anemia, I thought he would just require an iron supplement.”

Aplastic Anemia is way more severe than this. With severe cases like Sean Goff, there is a life threatening risk of infection or bleeding. According to the National Bone Marrow Donor Program, Aplastic Anemia is also called bone marrow failure. This is a disease in the bone marrow. The bone marrow stops making a sufficient amount of red blood cells, white blood cells and platelets for the body. You need your bone marrow to produce these three things to control bleeding, stop infection and to carry oxygen to all parts of your body. 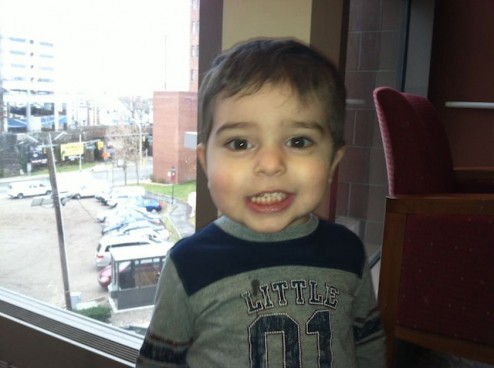 “You would never know he was sick, doctors told me to prepare myself to see some change,” Goff explains as Sean Goff runs around the house with a plastic saxophone. He’s a happy two-year-old boy doing exactly what a two year old should do. Since his diagnosis of Aplastic Anemia nothing about Sean’s personality or development has changed. He is still active with his 6 other siblings, and has not been deprived of his daily routine.

On November 16, 2012 Tracy received a phone call from Sloan Kettering that she would be meeting with Dr. Nancy Kernan, the assistant chief of pediatric bone marrow service. Dr. Kerman wanted Tracy to bring all seven of her children to this appointment to see if they were a bone marrow match. A sibling match would be the best case scenario for Sean.

Days after the all Goff’s kids were swabbed, Tracy was told none of them were a match. Tracy Goff was left in fear for her son.

It was not until the Bone Marrow Cancer Center (DKMS) contacted Tracy Goff that she felt somewhat positive about Sean Goff’s disease. The DKMS, created by Katharina Harf, is a national donor recruitment program to increase the number of bone marrow donors. This program also raises the awareness about the needs for bone marrow donors. More than 33,000 donors in DKMS have helped save lives by donating bone marrow or blood stem cells.

On December 15, 2012 at the Robertsville Fire House donors will line up to get swabbed in support of Sean Goff and many other suffering from diseases that require bone marrow transplants. “Swabbing” includes taking a q-tip and rubbing it along the inside of your mouth. This process tests peoples cheek cell’s to see if you are a match.

“Because people go out and swab, you can potentially save people’s lives, not only children but somebody’s mother, somebody’s father.” 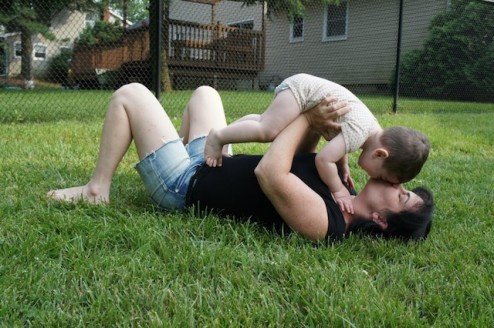 Although Sean Goff’s journey has just begun, the Goff family remains positive. From a nurse coming to the house every day to give Sean Goff shots to countless clinic visits at Robert Wood Johnson, Tracy’s spirit remains high. After the bone marrow drive, hopefully there will be multiple matches for Sean Goff and many others who are in need of bone marrow.