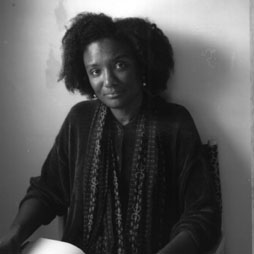 Sleeping with the Dictionary

I beg to dicker with my silver-tongued companion, whose lips are ready to read my shining gloss. A versatile partner, conversant and well-versed in the verbal art, the dictionary is not averse to the solitary habits of the curiously wide-awake reader. In the dark night’s insomnia, the book is a stimulating sedative, awakening my tired imagination to the hypnagogic trance of language. Retiring to the canopy of the bedroom, turning on the bedside light, taking the big dictionary to bed, clutching the unabridged bulk, heavy with the weight of all the meanings between these covers, smoothing the thin sheets, thick with accented syllablesñall are exercises in the conscious regimen of dreamers, who toss words on their tongues while turning illuminated pages. To go through all these motions and procedures, groping in the dark for an alluring word, is the poet’s nocturnal mission. Aroused by myriad possibilities, we try out the most perverse positions in the practice of our nightly act, the penetration of the denotative body of the work. Any exit from the logic of language might be an entry in a symptomatic dictionary. The alphabetical order of this ample block of knowledge might render a dense lexicon of lucid hallucinations. Beside the bed, a pad lies open to record the meandering of migratory words. In the rapid eye movement of the poet’s night vision, this dictum can be decoded, like the secret acrostic of a lover’s name. 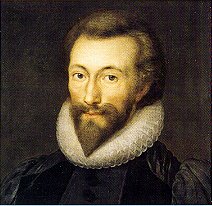 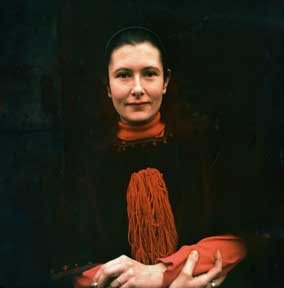 and an entry from the Web site of the Dayton Art Institute on “The Flea Hunt,” another Baroque painting,
http://tours.daytonartinstitute.org/accessart/object.cfm?TT=gt&TN=pps3&ID=84&COM=ac.

In Christopher Marlowe’s “Doctor Faustus” (cited here from the Norton Anthology English Renaissance Drama, edited by David Bevington), which is probably roughly contemporaneous with Donne’s poem, the Seven Deadly Sins appear to Faustus. The first to speak is Pride, who appropriately expresses disdain for the murky surroundings of Faustus’s study:
I am Pride. I disdain to have any parents. I am like to Ovid’s flea: I can creep into every corner of a wench. Sometimes like a periwig I sit upon her brow, or like a fan of feathers I kiss her lips. Indeed I do. What do I not? But fie, what a scent is here! I’ll not speak another word except the ground were perfumed and covered with cloth of arras. (2.3.110-15)

Bevington’s footnote points out that a medieval poem “was falsely attributed to Ovid.” Catullus, another poet of ancient Rome, makes reference to a flea in a funny and scabrous poem in which he refuses a loan to a young man who seems to be the poet’s rival for the affections of another young man. In other words, fleas and bedroom activity go together, and one might ask how compromised Donne’s “innocent” young lady is already by being in a room with a man where there’s a flea in evidence. It would be interesting to meet the naïve and disappointed young lover who could summon up the mixture of blasphemy and wit that Donne’s “Flea” exudes.

Levertov’s poem, by contrast, appears to be a genuine response to a moment of spontaneous doggy affection: poor Melanie, incorrigible, affectionate, and, unfortunately for the speaker (and to continue the outrageous appropriation of religious terms) far from immaculate.

Hi, all,
Grace Schulman asked me to post this for her:

Donne wrote some beautiful love poems, but this is not a love poem at all. No way. It’s a poem of lust, of desire for a pure, sexual conquest. The man is cool. He’s wily, canny, subtle, adroit at what he’s doing. Time is fleeting and so let’s enjoy ourselves while we can. He adjures his potential lover to “learn how false fears be,” and how “Just so much honour when thou yield’st to me, / Will waste, as this flea’s death took life from me.” What a player!
Levertov, on the other hand, speaks for tenderness, loneliness and warmth. Which is the more appealing? Donne’s “The Flea,” with his rascal lover. That scoundrel wins my heart. Isn’t life like that? — Grace Schulman

Hi, all,
Lauren Silberman asked me to post this for her:

I’ve always loved how most of the action of Donne’s “The Flea” occurs between the lines—or at least between the stanzas. The garrulous would-be lover and the lady are sequentially bitten, the lady makes ready to swat the flea, then, despite the lover’s witty and elaborate pleas—WHAP. Donne is one of the great love poets who writes poems about being in love, in addition to arguably more conventional poems of seduction and frustration—“The Flea” is the latter sort of seduction poem, though not conventionally done. Petrarch’s Laura, who is figured as Diana to the poet’s Actaeon and then, in an act of poetic aggression presented as pre-emptive or retaliatory violence, has her name and body parts dispersed into Petrarch’s poetic conceits. In contrast, Donne’s lady bags her flea. Like so many objects of poetic longing, she is termed “cruel,” but at least she has something to show for it, if only a squashed insect. Levertov is more co-operative artistically with her fellow flea-bitten creature. Melanie chews up paper and the poet sees whole constellations. –Lauren Silberman

Interesting to read these two poems together. I especially like how Levertov defamiliarizes the eroticism that usually attaches to the flea image, offering the prospect of a mutuality severed from the need for seduction, yet ambiguous (ambivalent?) about what exactly is shared between the speaker and Melanie: loneliness, warmth, animal need.

Flea poems! Terrifying to read for someone who has survived bedbugs.

Though a simple thing, a pest, the flea comes to mean very different things when handled by these two poets. In Levertov’s poem, the flea becomes associated and even interchangeable with rather opposite emotions—loneliness and warmth. The flea, taken as the sign of the dog’s “black humor,” is both funny and tragic. Such ambivalence or duality is reflected in the speaker’s relationship to her pet, to whom she is “a friendly stranger.” The flea, traveling from the dog to the pet-owner, becomes an appropriate symbol of the dynamic between the two. This is a problematic intimacy: the flea needs and lives off its host body, but irritates it.

Professor Aubry astutely mentions that Donne’s flea seems to be a catalyst for a poem that masquerades as a love poem but that is really a celebration of poetic wit. “The Flea” makes some strange equations (“this flea is you and I”), some attempt at an argument that relies on a bizarre arithmetic that is characteristic of Donne’s poetry. Of course, the speaker’s logic or ability to posit a syllogism is not going to woo the girl, but he certainly has some fun in the mean-time, in some way as self-serving as the titular flea. Who would have thought that so much could be done with something apparently so uncomplicated?

My initial response seems to have raised the question of whether it makes sense to read “The Flea” as a love poem. Grace Schulman says no, absolutely not. Matthew Jones suggests that this is some other kind of gesture masquerading as a love poem. I imagined it, in fact, as a kind of revenge poem, a playful response to rejection, and whether or not this seems off-base, I would say that a central subject of the poem is the danger, but also the pleasure, of misreading. The speaker chooses to interpret the flea in a variety of different ways, several of them perverse, and thus he invites us to follow his act and make what we can (or what we want) of his flirtatiously enigmatic gestures. He assumes so many different poses in just twenty-seven lines that in a sense he becomes, like all good seducers, whatever we want him to be. Is the speaker after love or just sex? The obvious answer seems to be the latter. But don’t most successful players operate by tricking their addressees into confusing the two? The speaker certainly uses the language of love at times—-and while we might read it as callously ironic, the most powerful ironies almost always work through a kind of irresolvable ambiguity. Yes, he seems to be merely playing a game, but might this game not conceal real, heartfelt desire? As the great critic Leslie Fiedler reminds us, the earnest romantic and the sly rake often become difficult to distinguish in works of literature, just as love and lust can each pretend to be the other. Indeed, the speaker seems to be sufficiently slippery so that he would elude easy categorization. Strangely, even those who would deny that this poem is about love refer to him as a “lover.” And Grace Schulman goes so far as to admit that the speaker has “won [her] heart.” If we want to strip this scene of any trace of love, aren’t we simply trying to preserve a belief in love’s essential purity? But can we ever entirely disentangle love from the kind of sly gamesmanship on display in this poem? Not in my experience. Why, after all, is the speaker of Levertov’s poem so entirely alone—-neglected, relatively speaking, even by the contributors to this blog? She has no game, as it were, and thus she gets no love. 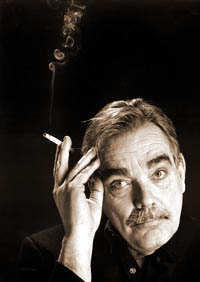 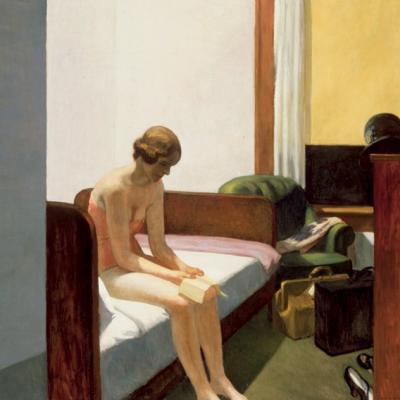