Designer clothing, handbags, shoes, jewelry, home décor, and animal rescue organizations. What do these all have in common? The answer is absolutely nothing, until you step foot into Gramercy’s trendy thrift shop, Cauz for Pawz.

At first glance, the store may appear like any other thrift shop until you take a closer look behind the counter. How many stores have you been to lately where a tiny dog sits by the register? Currently, the store acts as a home to Buster, a Chihuahua mix that was abandoned and left to die in the backyard of a Queens home. An anonymous customer and friend of Cathryn Duhigg, owner and founder of Cauz for Pawz, was horrified to find the condition in which Buster was left, and immediately brought him to the store. Today, Buster spends most of his days prancing around the upper level of the store, or lying behind the counter watching the customers as they pass by. Duhigg is in the process of finding Buster a permanent home, but in the meantime he seems quite comfortable just where he is. 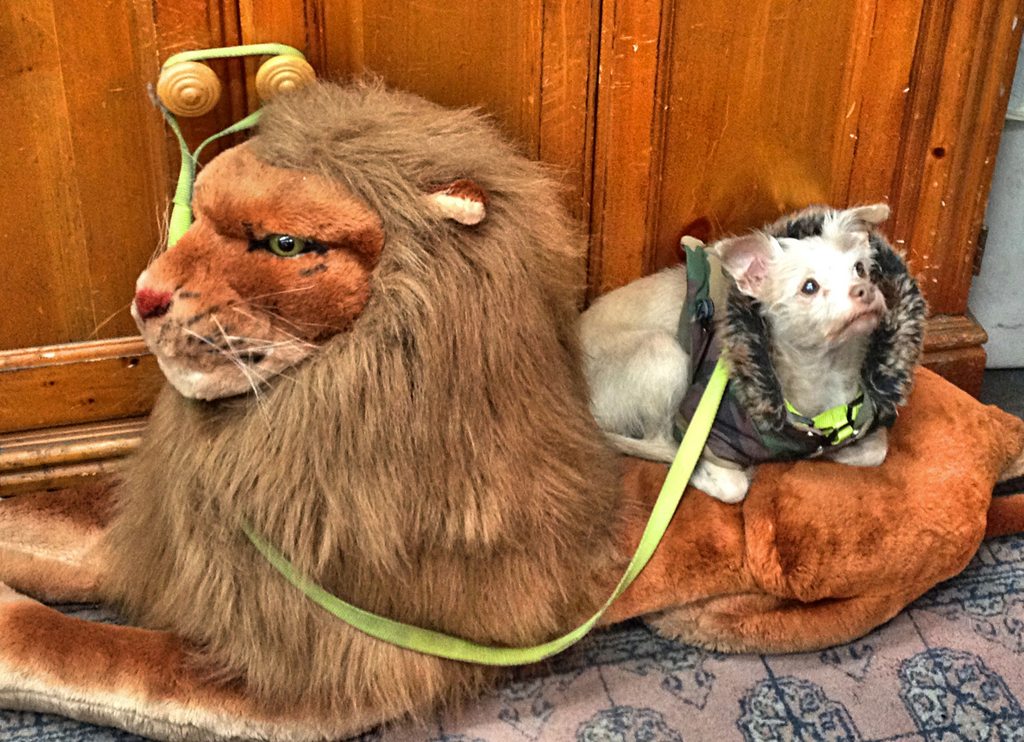 Although Buster has been the main attraction lately, the store offers much more than a cute dog to gawk over. What makes Cauz for Paws so unique is its dedication to helping and protecting animals in need. Cauz for Pawz generates revenue by selling gently used items, ranging from clothes, to accessories, to home furnishings, which “provides animal welfare organizations, rescues and no-kill shelters with financial funds and supplies,” according to its website.

Some of the recipients of these funds include organizations such as Woof NYC Dog Rescue, Ferils in Peril, Riddles Elephant Sanctuary, Mighty Mutts, Out of the Pitts, Social Tees Animal Rescue, and Hooves and Paws Rescue. The “Wall of Fame” displays photographs of local animals that belong to owners who support the efforts of Cauz for Pawz or have made a contribution of any kind. In the center of the collage of photos rests a list of organizations that the store has donated to, however, since the shop’s grand opening in 2010, Cauz for Pawz has donated funds to over 40 no-kill shelters throughout the country. 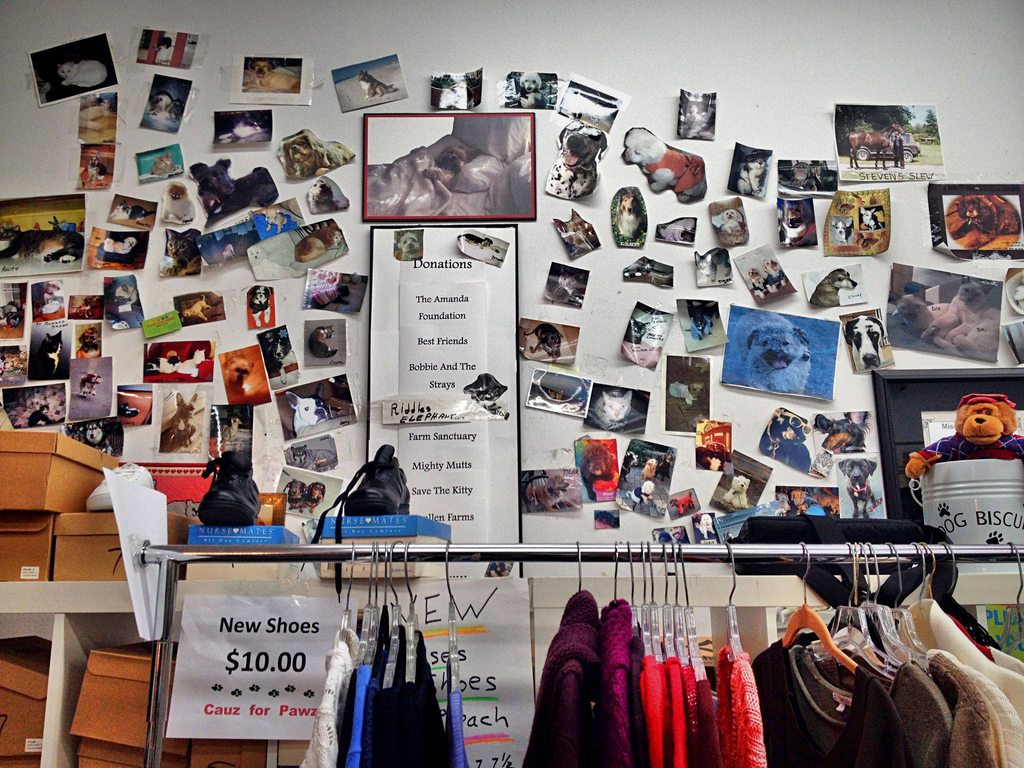 The success generated by this one store can be attributed to the devotion of Duhigg, a lifelong animal lover and owner of several adopted pets, opened the shop thinking that it would simply be a store dedicated solely to raising money for shelters. With time, this vision took a bit of a turn, as people began to view the store as a haven for animals in need, which explains Buster’s temporary stay in the shop.

Love animals? Love fashion? Look no further than 23rd Street between Second Avenue and Third Avenue. Buy something that makes you look good, and feel good while doing it.