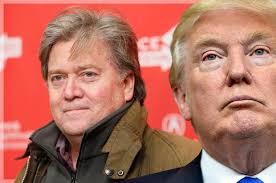 Bannon’s work at Breitbart has been described as “Alt-Right Lite,” but that shouldn’t make it any more tolerable. The racist, anti-semitic, homophobic messages are all there.  Now we know they will be sullying the White House.

This August profile of Bannon from Vanity Fair quotes a former Breitbart employee describing him as “Donald Trump but more intelligent.” It goes on to say:

He didn’t mean it as a compliment, and was instead referring to the opportunism, the personal vindictiveness, and the lack of a moral center that have become defining characteristics of Trump.