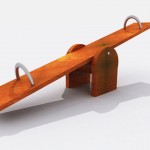 muter school for college is nothing like you imagine, or what they portray college to be like on television. Being a commuter student requires a lot of adjustments and can also be a sacrifice. Just like everything else, the highs balance out the lows.What do students throughout the CUNY school system have to say about their experiences and sacrifices in certain situations?

The commuter Student and Athletics:

Joshua Gener, a transfer student at Baruch, compares his experience of staying on campus as a student-athlete with being a student athlete at a commuter school. 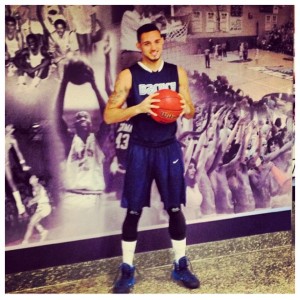 “The difference between living on campus and commuting to school as an athlete makes a world of a difference. When I was living on campus at New Mexico Military Institute (http://www.nmmi.edu/athletics/index.htm), I was exposed to unlimited resources such as 2 soccer fields for conditioning, 3 weight rooms, one of them were exclusively shut down for athletes when we had weight lifting sessions, and they gave us two strength and conditioning coaches.”

In fall of 2012, Joshua transferred to Baruch and joined the men’s basketball team. He made the adjustment but still felt being on a campus as an athlete benefitted him more.

“Being at a commuter school is tougher. Commuting to school also allows you to sometimes focus on your personal brand after you’re done playing basketball especially being at Baruch you’re around more business minded people. But, I personally feel like getting away from home and surviving on your own is more beneficial because it shows you what it takes to be a better athlete and focus on your studies on your own while meeting different sorts of people and if you translate that to commuter school it just enhances what you already learned before.” 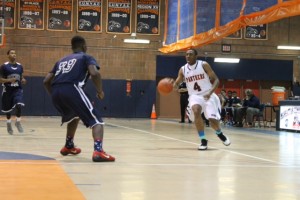 Kelvin, A sophomore at The Borough of Manhattan Community College (http://bmccathletics.com/), expressed his experience with athletics at a commuter school.

“I feel school spirit is a great attribute to have with sports teams, whether you’re at a commuter school or on campus. School spirit provides an extra sense of support that is often not taken advantage of as much as it should. It helps in games because it’s like you have extra players or teammates with you in an enthusiastic prospective.”

The Commuter Student and Dating: 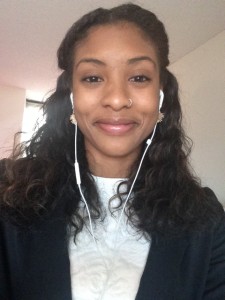 Iyana Abrams is a Baruch senior. She shares with us her frustrations with the dating at a commuter school. How it is difficult in an environment where everyone is kind of all over and busy.(http://www.baruch.cuny.edu/campus/

“Due to the fact that I attend a commuter school it has been hard for me to actually spend time getting to know people. I work and play basketball while being a full time student. It’s sometimes impossible to actually have a decent conversation with any guys when I am always on the run. I feel that that’s the case with most people at the school. I will see guys once or maybe be in a class with them and literally never see them again. It’s very sad because I am a social person and I think I would be a great companion if only I had time to meet people.” 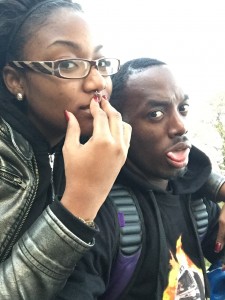 Terrhon, is a junior at Hunter College (http://www.hunter.cuny.edu/main/). He explains his success with dating at a commuter school. He explains his experience on the subject and puts a positive spin on it.

“Well my current girlfriend and I go to the same school and we study together. All of that is cool, you focus better because you’re usually around your friends less and it’s not as bad as people say when they swear “I’m never talking to someone I go to school with.” When in reality they don’t even know why they wouldn’t. “