Inside Look at the Commuter Student 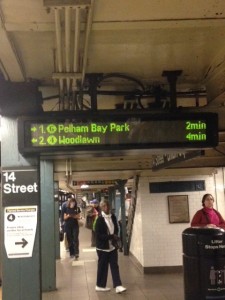 “Commuter Blues” aren’t limited to just office workers. College students, too, have them, especially thousands of young adults who live off campus and attend colleges throughout New York City.

Added to time spent going to class and late-night study sessions are long periods of commuting on subway cars and buses. 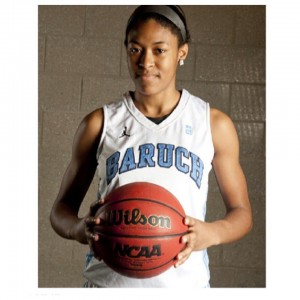 Sheridan Taylor, a 21 year old Baruch College senior majoring in economics; balances school, working, and playing on the Baruch Women’s Basketball team all the while commuting to and from school every day for the last four years.

What are some of the challenges you face as a commuter student:

Where do you commute from and how long is the commute?

I am commuting from the Educational Housing Services (EHS) dorms on 97th street and Third Avenue. The length of the commute varies between the time of day and what issues are happening on the 6 train line. But, usually it takes about 20-25 minutes to get to Baruch which is located on 24th and Lexington Avenue. But it is much easier than commuting from my home in Westchester County, which would take over an hour.

Do you think students who live on campus have a better college experience than commuter students? Why?

I don’t think there is much of a difference between staying on a campus and commuting to school. Either way there is a commute to the main campus and many of your friends/classmates are commuting from either their apartments or homes.  Many of my friends do not live in the “on-campus” dorms and instead have either moved out or living at home in different boroughs of New York which makes it harder to see them to hang out or to study.

How do you feel about your college experience?

I think that my college experience so far is good.  There are times in which I do think about the choices in choosing a school and what to study while in school.  But I am very content with the choice of going to Baruch because of its well-known Zicklin School of Business, the variety of student services and the Women’s Basketball athletic program that they have on campus.

How do you balance your social life with such a demanding schedule?

My schedule may be busy, but it I am able to balance my social life with basketball, school and work.  Over the years I’ve learned how to keep a better balance of my schedule and how to incorporate the more important tasks of the day compared to ones with less priority.

How often do you use the library to study?

I use the library a lot, not as often as I would like though. Most times after class or basketball practice and I would stay until the library closes to get work done. I prefer to study in the library versus my dorm room because there are fewer distractions.

Would you use it more if you could just roll out of bed and walk across campus?

Yes. I wouldn’t mind staying in the library late more throughout the week if the dorms were closer to campus. It would give me the opportunity to use all of the resources that are offered in the library.

Do you feel like you lose time to study because you have to travel?

Yes, because when there is construction or issues with the train; you have to plan the commute properly to make sure you can arrive to your destination at a decent time.

If you could go back and change your college choice, would you choose a school with a campus? Why or why not?

In order for myself to have a better college experience I would have to reconsider a college that had an actual campus where the majority of the student body was staying on campus.  Although Baruch has a school spirit and has a great student government that tries to make the school feel like a campus, it doesn’t have the same school culture that many other large campus schools have.  For instance when Baruch student government has their activities during the later hours of the night and it is on a schedule of when it has to end sucks because that’s when you remember that the school building does close at a certain time.

This entry was posted in Q&A's and tagged blues, nyc, struggles, transit. Bookmark the permalink.

1 Response to Inside Look at the Commuter Student