The Domino Effect in Cyberspace

Using Facebook and the Web to Organize a Gay Rights Protest 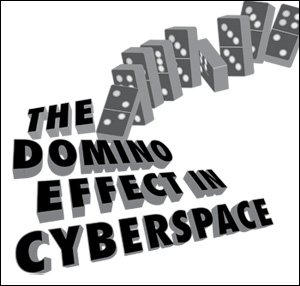 The success of California’s Proposition 8, one of several anti-gay state ballot measures passed in November 2008, sparked many protests around the country.

On Nov. 12, thousands of demonstrators gathered outside the Mormon temple at Lincoln Square in Manhattan to protest an estimated $20 million spent by members of the Church of Jesus Christ of Latter-day Saints to help pass Prop 8. Three days later, another crowd of thousands converged on City Hall, one of hundreds of demonstrations that day.

Helping organize the protests was jointheimpact.com, a Web site that serves as a bulletin board listing dates and times of demonstrations for gay and lesbian civil rights causes nationwide; the site was started by Amy Balliett, a 26-year-old resident of Seattle. At the same time, five people also in their 20s who had recently moved to New York and had no connection with the city’s long-established gay-rights groups took it upon themselves to organize the protestors who responded to jointheimpact’s rallying cry.

These five, as they gathered with established gay rights leaders at a local Starbucks a few days before the City Hall rally, were also meeting each other in person for the first time. Working through Facebook and other social networking sites, they had lined up activists, public officials and the New York City Gay Men’s Chorus for the demonstration.

Heath Tucker, a 22-year-old Kentuckian who had moved to New York City in September and had no previous experience planning demonstrations, was the leader of this group of five, which included two students at New York University, one from Pace and a recent transplant from San Francisco. Each of them posted news about the event on their Facebook pages. They also created a special page dedicated to Join the Impact NYC, then created an “event invitation” and sent it to everyone on their lists of Facebook “friends.” In turn, their online friends forwarded the news onward to their friends, and a domino effect ensued.

“Everyone’s on Facebook; you don’t have to call people, you just have to post something and everyone sees it,” says Tucker.

Tucker knew that people outside of New York would be receiving the invitation, so he included a line in the posting encouraging people to show up at their local city hall on Nov. 15 wherever they might be. Within 48 hours, word was out, and groups of activists in large and small cities showed up at city halls across the United States. The Facebook campaign enabled both local communication and nationwide organizing.

All but one of the public officials who participated in New York have a Facebook page. “All we had to do was cold-call their offices and tell them to check out our Facebook member profile, because we’d already sent them an invite,” says Tucker. “Besides when Christine Quinn said yes, the rest wanted to do it,” he adds, referring to the City Council Speaker and gay activist.

Facebook also provided a platform for individuals to offer Tucker help with obtaining permits, renting a stage and other matters. For example, one man contacted Tucker and provided the audio equipment at discount.

On the corner of Broadway and Park Place, between the City Hall Park and the Woolworth Building, a four-foot-high stage had been set up, flanked by audio equipment.

“I don’t know how many of you are here, but I can’t see the end of this crowd,” said Quinn on the day of the rally. “We will not be defeated.” Other speakers included Representative Anthony Weiner, Manhattan Borough President Scott Stringer and State Assemblyman Daniel O’Donnell.

Perhaps no one was as pleased with the social networking effort as Cathy Marino-Thomas, 48, the co-executive director of Marriage Equality New York, which is new to Facebook.

“In my 10 years with MENY, we’ve never drawn a crowd like that before,” says Marino, who had draped herself in a rainbow flag when she spoke at the rally. “The event really exceeded my expectations.”

The Internet campaigns have clearly opened a new front in gay activism. And in New York City and other places, the ability to use social networking to rally and organize supporters has brought a new generation of gay rights activist to the fore.