D&Sdocs: Bronx Boxer Keeps His Footing, Both In and Out of Ring 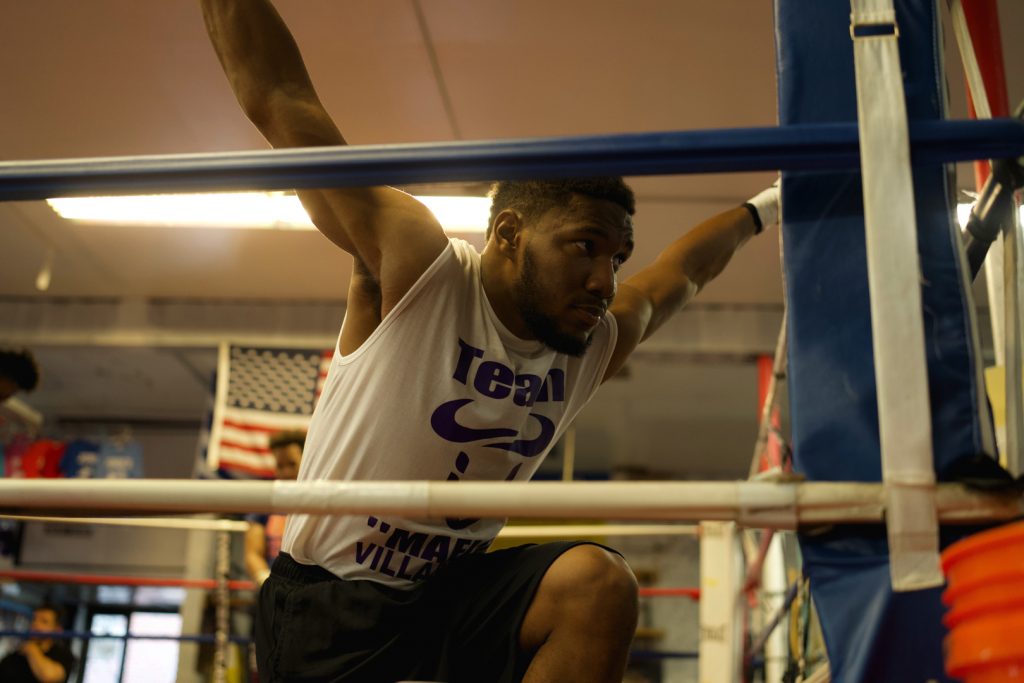 Article and video by Ricardo Vargas

For 22-year-old Ismael Villarreal, balancing school and professional boxing is no easy task. Prioritizing his education and his career in the ring every day for 13 years has been a fight of its own.

“Sacrifices? I’ve made a lot of sacrifices,” said Villarreal, who attends Lehman College in the Bronx.

“I didn’t go to parties, I had to cut off some of my friends, I couldn’t do much. It was from home, to running, to back home, to school, to the gym, to back home. I would repeat that over and over again. There’s a lot of shit I couldn’t do. I still have to watch what I’m eating. There’s definitely a lot of sacrifices in boxing.”

Villarreal turned pro in 2017 and is currently 7-0, having defeated his opponent, Jermaine Corley, in a hard-fought contest via unanimous decision at the Castleton Banquet in New Hampshire in November.

Before becoming a professional, Villarreal went on a rampage in his first appearance in the NY Golden Gloves tournament, scoring back-to-back stoppages and dominating the rest of his fights. He became a two-time Golden Gloves champion and reached the semi-finals in his third appearance.

With all this experience under his belt, the nerves have become non-existent.

“I don’t really feel nervous because I’ve been in the ring a bunch of times,” he said. “The experience is already there. But seeing a lot of people watch me is always a great feeling.”

His father, former professional boxer Otilio Villarreal, exposed him to the sport of boxing at a very young age and put him in training at the age of 9. Otilio Villarreal fought boxing legends Hector Camacho and Zab Judah in the span of his 11-year career.

“At first, I didn’t like the sport because it’s a hard sport,” Ismael said. “As a child, coming out of school and going to the gym is really difficult. All you want to do is go home, eat, chill, play games, but no. I had to go to the gym and workout.”

Although he’s been in the game for 13 years, Villarreal doesn’t seem worried about the possible consequences that come with the sport.

“I mean I do think about it. There are a lot of injuries like brain damage and death in some cases, but I signed up for this,” he said. “I have to get used to it.

There’s at least one person who had a hard time getting used to it: Villarreal’s mother. She tried to keep him away from the sport for many years.

“My mom, she doesn’t want me to box at all. Since I was a little boy, she never wanted me to box.”

His success, however, slowly won her over.

Nothing seems to be stopping Villarreal anytime soon. He continues to train every single day and only takes small, well-deserved breaks after his fights.

“Of course, I want to be world champ, I want to win multiple titles,” he said. “I also want to gain fame and money to be able to help my family and for my future kids. Being a role model for kids is also important because I know there’s some kids looking up to me now.”

He does sometimes get discouraged, he says, when the demands of school and boxing become overwhelming.

“But I always look at it this way: I made it this far, I got to keep going,” he said.