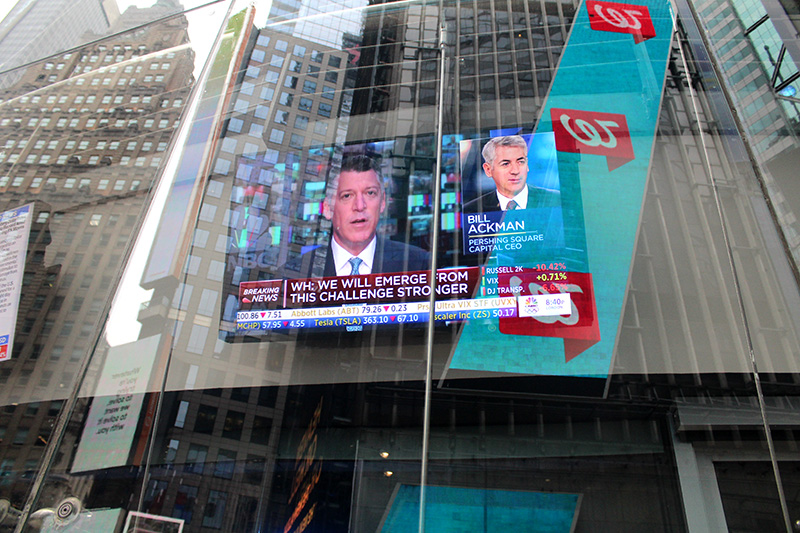 With much of the globe under lockdown to stop the spread of the coronavirus, Times Square, “the crossroads of the world,” offered a sobering view of how the pandemic has shut down commerce and tourism, altering life in a way that was unimaginable only days earlier. 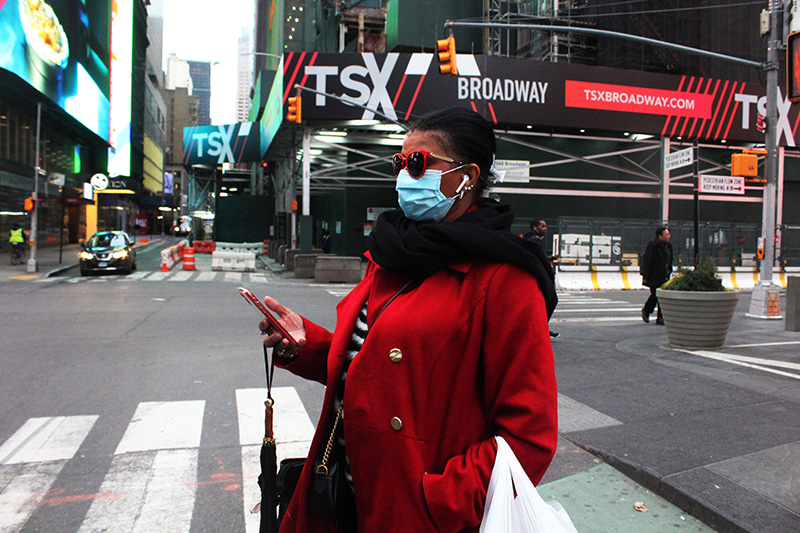 These photos were taken on March 19 as New York City began shutting down in earnest. The next day, on March 20, Gov. Andrew Cuomo would issue an executive order forcing all non-essential businesses to close in-office functions. 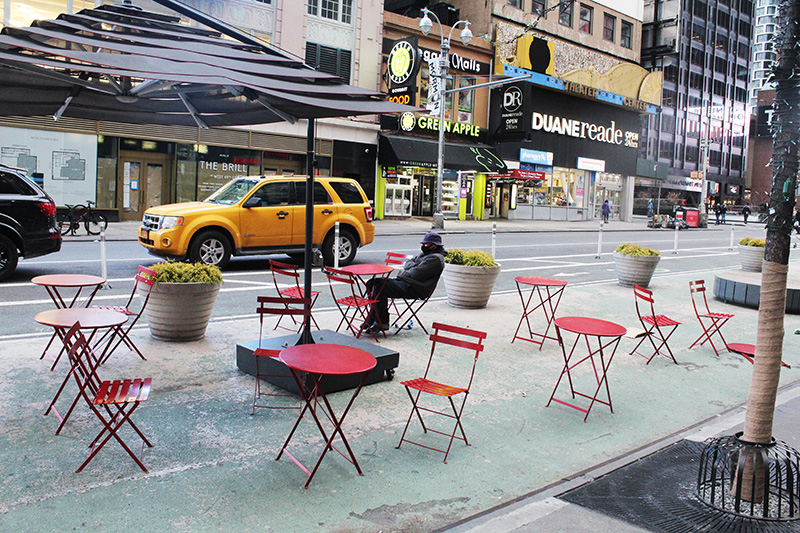 Before the pandemic hit, an estimated 380,000 pedestrians, rushing to work or the theater or interacting with costumed characters who solicit tips from tourists, pass through Times Square on any given day, according to the Times Square Alliance, a business improvement group. On this day, only a few people were seen walking around what seemed a ghost city. 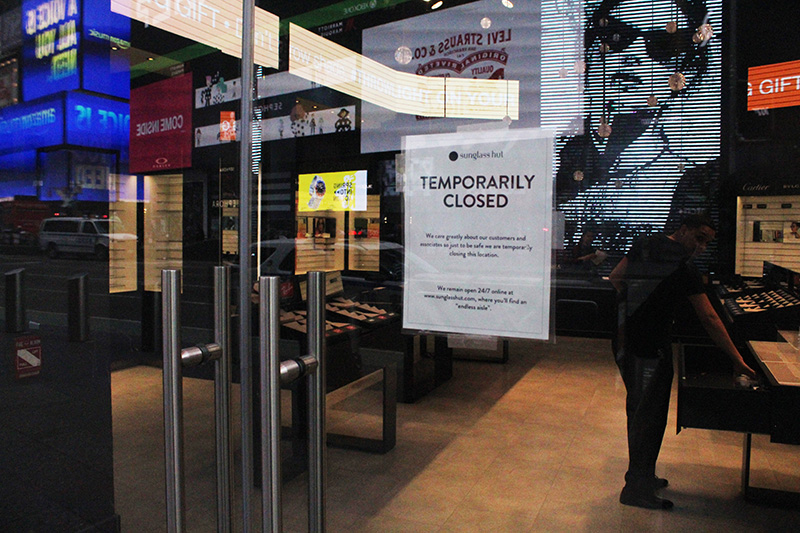 Times Square was eerily deserted as normally bustling businesses, such as this Sunglass Hut, were shuttered. 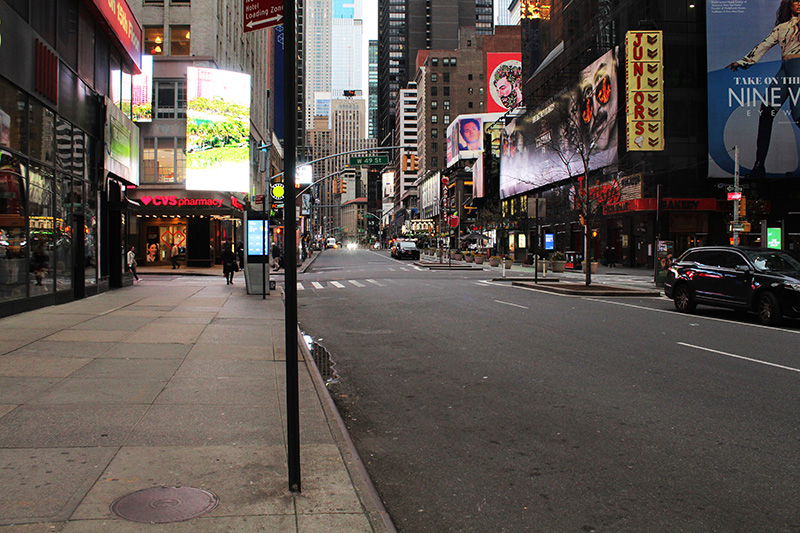 Times Square’s emptiness seemed surreal. Less than three months earlier, it had been filled with an estimated 1 million people who partied and cheered as the ball dropped at midnight during its world-famous New Year’s Eve celebration. 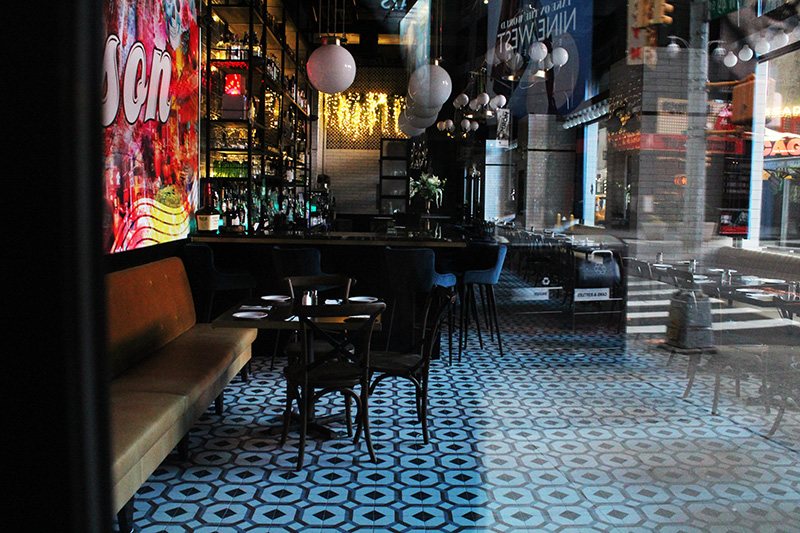 Worries about the toll the pandemic will take on all aspects of New York City’s economy abound. Will restaurants, such as The Harrison Restaurant and Bar shown here, survive? 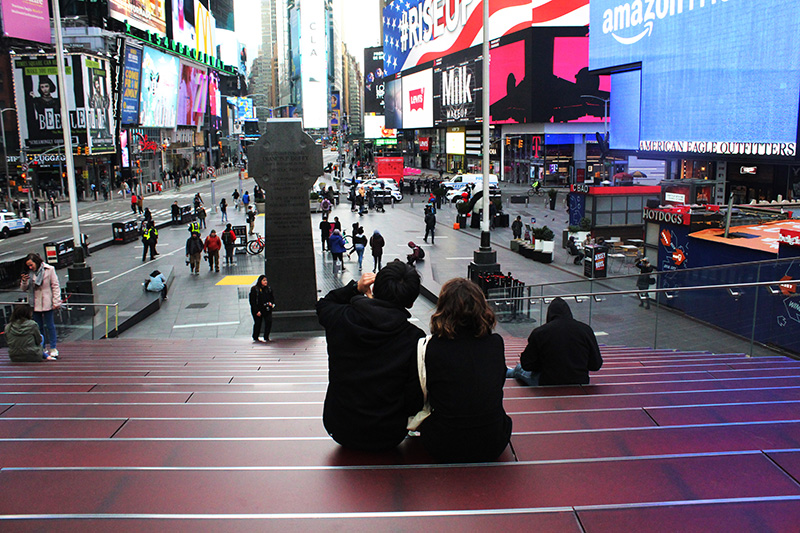 The red steps of the booth operated by TKTS, an initiative by the Theater Development Fund to offer last-minute, discounted Broadway tickets, are normally filled with tourists, who jostle each other to get the perfect photo of Times Square’s kaleidoscope of video screens. 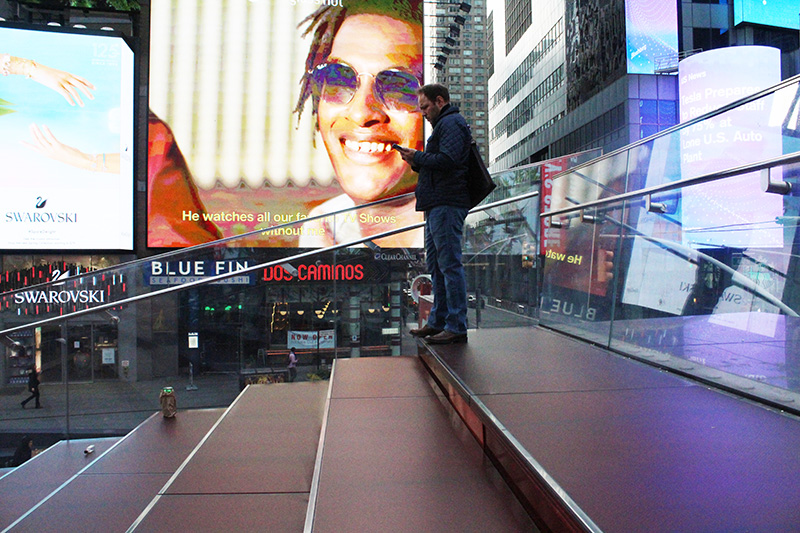 Broadway theaters, which are located in the Times Square area, also have closed due to the pandemic. The non-profit groups Broadway Cares and Equity Fights AIDS have set up an emergency assistance fund to raise money for entertainment professionals during the crisis. By March 30, they had raised more than $1.3 million for social services offered by the Actors Fund.