Many individuals argue that there are not enough female roles in William Shakespeare’s plays. Therefore, several modern day directors of renditions of these plays decide to turn male roles into perverse female characters because they believe that this would allow more women to have a part in the story. Eric Minton, however, begs to differ. After all, this approach negatively affects both the female character’s and actress’ dignity. Hence, Minton suggests alternative ways to allow more women actresses perform Shakespeare’s plays. 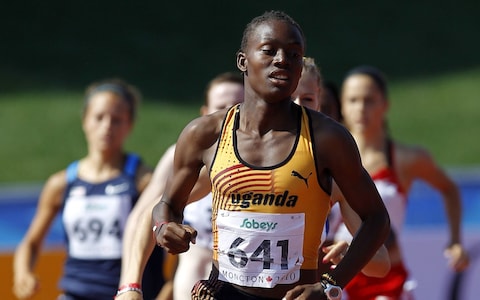 “I had no choice,” she claims. “I have often thought of killing myself,” said the athlete who wishes to remain anonymous. “They stole my life, my existence. Just like that, they took away my dream. I wish that I had died in her hands at that time, because she would then have been held accountable and punished.”

The article was about two athletes with difference in differences in sex development (DSD). A DSD is a mismatch between an individual’s chromosomes, or genetic material, and the appearance of the individual’s genitals. Both athletes eventually made their transition into becoming females and took up Olympic running as their respective careers. However, neither had their internal testes removed during the transition.

World Athletics, until October 2019 known as IAAF, is the international governing body for the sport of athletics, covering track and field, cross country running, road running, racewalking, mountain running and ultrarunning. They had told the two athletes to undergo surgery to remove their internal testes due to the fact that they exerted “high natural testosterone levels”, which is what the World Athletics commission thought gave them a competitive advantage. This competitive advantage is widely regarded as factual amongst doctors, researchers, and scientists. The facts are that testosterone levels in men are 295 to 1,150 nanograms per deciliter of blood, while the levels in the women are 12 to 61 nanograms per deciliter of blood. Testosterone “builds muscle,” according to Dr. Benjamin D. Levine, who studies sex differences in athletic performance at the University of Texas Southwestern Medical Center. “It builds skeletal muscle, it builds cardiac muscle. It increases the number of red blood cells.” All this correlates to heightened athletic performance especially in the sport of running. You cannot blame the World Athletics commission for trying to impose regulations on the two female athletes. It is a mere fact that they had a competitive advantage amongst other women participating in the sport. Denying this is delusional.

Now, accepting these facts doesn’t justify the horrors that the two female athletes had to endure. The hormonal interventions carried out on the basis of regulations, along with inadequate aftercare led to massive mental health consequences for the athletes. Additionally, the alleged issue of keeping the athletes in the dark about how the decrease in their testosterone levels would affect their careers is very wrong. Though it may be obvious to many what the results of their surgery would entail, it may have not been obvious to them and we cannot fault them for that.

“The commission also cited evidence that GDP growth does not always correlate with increases in measures of well-being such as health or self-reported happiness, and concluded that growing GDP can have deleterious effects on the environment. ”

Indeed, GDP growth doesn’t always represent the whole picture of the economy, despite it being a measure of how well the economy is doing. GDP neglects to include factors that would make a difference if it were counted. For example, the quality of products or unpaid labor don’t get factored into GDP because that ‘s not their purpose; those issues aren’t part of the measure of the economy. Including the exact money in the economy, exclusions of intermediate goods, underground economy, US workers overseas, household products, used goods, and transfer payments, GDP is essentially a guesstimate.

“Growing up illiterate…in my family language” by Candace Kwan really connected with me on a personal level, because throughout her post she speaks of being an ABC (American -Born Chinese). As she stated in her post, many ABC’s grow up illiterate in Cantonese and/or Mandarin due to how the language is used in daily life in America.

There is a specific quote in Kwan’s post that really relates with my experience growing up in America in a Chinese household: “While Hui may brush off mistakes with ease, it’s not so easy for me. It sounds terribly silly now, but for a while I didn’t like speaking in Cantonese because I was too worried that I would stumble on my words.” (Kwan).

When I was younger, I was able to speak Cantonese and more specifically the Taishanese dialect fluently. Cantonese is technically my first language, but as I grew up I started using the dialect less frequently. I went to an American school and everyone I spoke to outside of my household spoke English. My mom enrolled me in Saturday Chinese language programs to help gain back my fluency. I took Cantonese classes first and aced those classes so I was transferred to Mandarin classes (as mandarin is more likely used in work opportunities). However, I was transferred in a few levels higher and did not start from the beginning. You see, level 1 teaches the tones and pronunciation of Mandarin, however because I skipped level 1 and 2, it was difficult for me to speak in Mandarin. I was embarrassed to speak in Mandarin, because I was one of the only ones in the class who couldn’t speak it. I just refused to speak in class. That class was one of the only opportunities that I had to practice my Mandarin and I refused to practice. Now, I can’t speak Mandarin well, but I can understand, read and write it. I just can’t speak it. My Cantonese also suffered, because I was taken out of the Cantonese classes early on, I can only speak beginner level Cantonese. At home I would speak a mixture of Hong Kong Cantonese and Taishanese and I was not aware that I was mixing the dialects together until one of my cousins pointed it out. As I continued to grow up, English also got mixed up in my fusion language. Many people would use Chinglish as a term to explain the mixture between Chinese and English, but in my case there are so many languages and dialects mixed it with my speech, it made it even difficult to communicate with my parents. Maybe, that’s why I’ve gotten into art. Art just gave me an outlet to communicate with my parents without having to use my fusion language, but also allowed me to gain back some of my Chinese identity that I’ve lost while growing up.