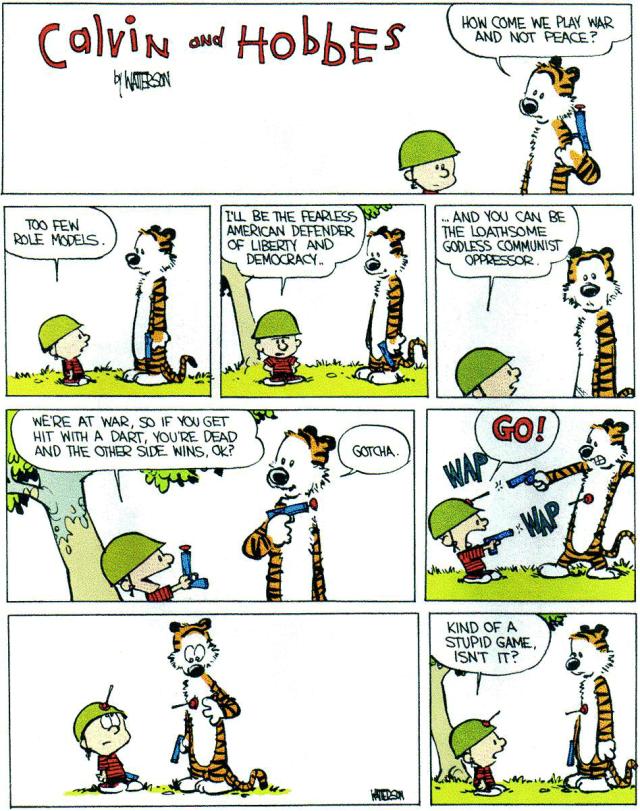 So I love Calvin and Hobbes, always have…and when I saw this I had to post it. It is funny how Calvins says they can’t play Peace because there aren’t enough role models…hmmm interesting…then he goes on and calls himself the American defender of liberty and democracy (i have heard that one before) and then naturally Hobbes would have to be the evil godless (because if you don’t believe in god you’re automatically evil) communist oppressor, i love how godless communist and oppressor go hand in hand. And then finally in the end they both die anyway…nuclear warfare anyone? To quote Plato (well technically General McArthur): “Only the dead have seen the end of war.” That is all.

don’t want to go and get sued or something